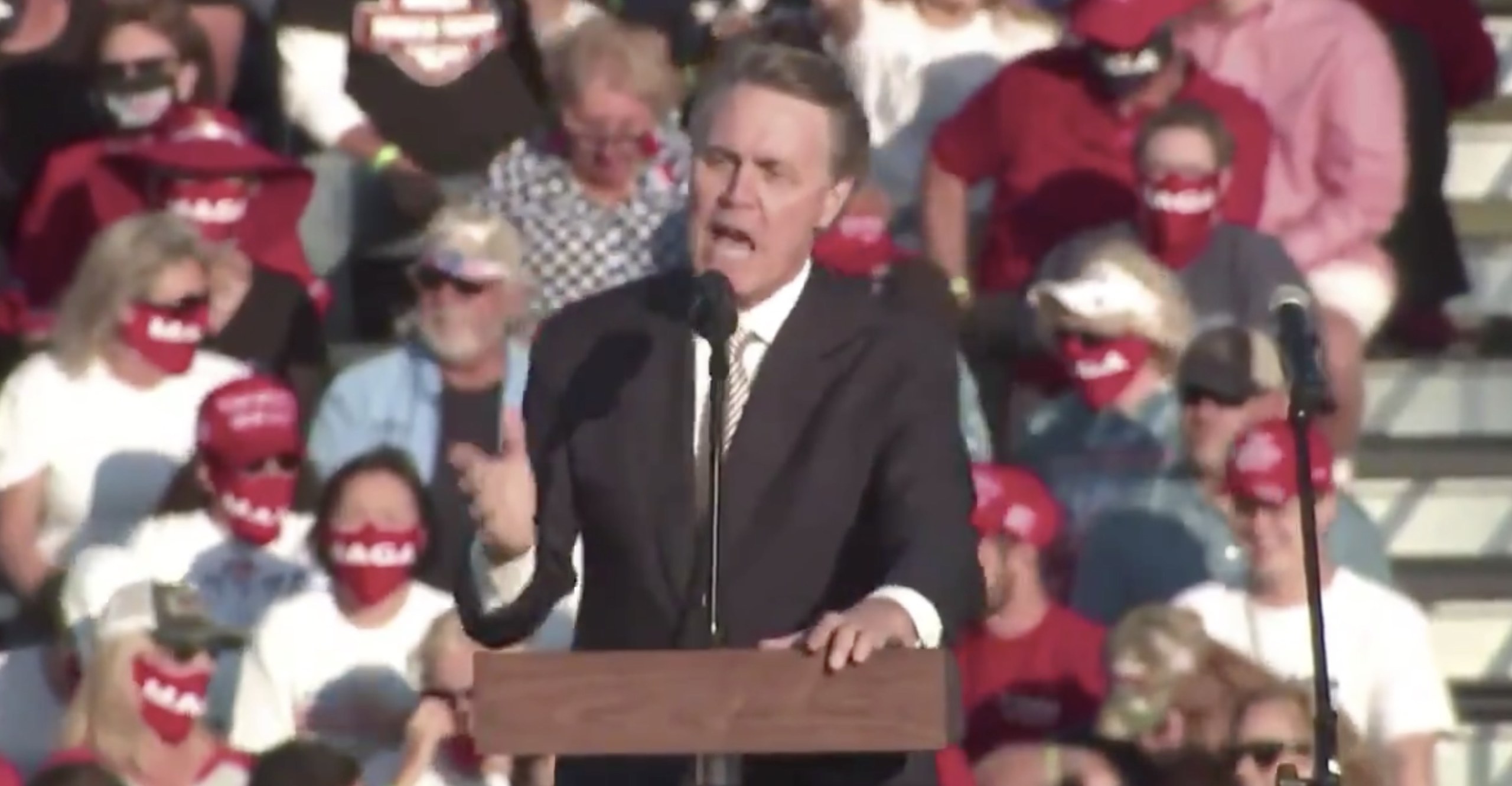 Former Senator David Perdue, Trump’s chosen “anti-Governor Kemp” missile, had already lost just about any shot in Georgia’s gubernatorial race, down 16 points in the last significant poll from approximately two weeks ago. News of a scathing judicial order dismissing Perdue’s publicity stunt lawsuit over the 2020 election results will likely slam the man-hole cover over his campaign. Perdue self-righteously filed the suit, in effect asserting Trump won Georgia, presumably as a means to prove he can out “MAGA” anyone. Instead, he received a typical MAGA result, with firey language. From Law and Crime:

Summary judgment orders usually require two to three pages to set out the issue raised in the motion to dismiss and the standard of review, while also leaving one page for the conclusion.  This eight-page decision reflects a judge making very quick work of a lawsuit that clearly annoyed him. Nearly every judge in this country handles a significant calendar load and they send signals when angered by an unserious “P.R.” suit.

Regardless, it never ceases to amaze some of us that the suits in Arizona and Georgia (in particular) never include the all-important senate results. One would think that if the MAGA movement thought that Democrats actually stole the election and the presidency, wouldn’t it be wily and prudent to just as easily steal the senate while at it? It is almost like the entire cry of “rigged” reflects on man’s insecurities and has nothing to do with actual elections.