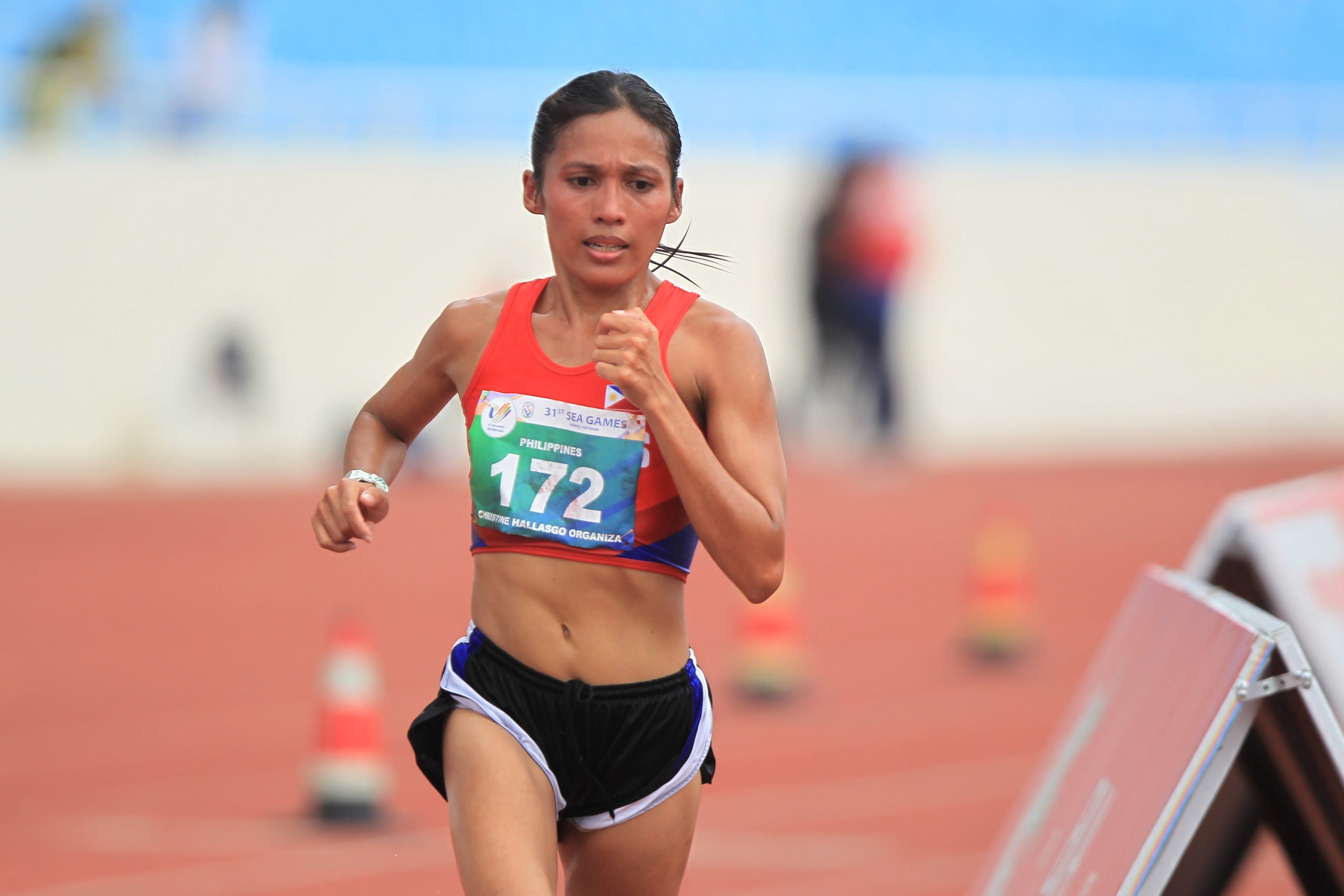 HANOI – Christine Hallasgo capped the Philippine athletics team’s campaign in the 31st Southeast Asian Games here at My Dihn National Stadium with a silver in the marathon.

Still in contention in the final 600 meters, Hallasgo was slowed down by cramps the rest of the way but soldiered on to pull through with the runner-up finish in the event she ruled during the 2019 SEA Games in the Philippines.

Hallasgo’s silver was the seventh for Philippines’ athletics in these games, to go with five golds and 14 bronze medals.

The team failed to match or surpass its 11 gold, 8 silver and 8 bronze medals in the 2019 SEAG held at the New Clark City Athletics Stadium in Tarlac, but Philippine Athletics Track and Field Association head coach Joeffrey Chua still considers the tracksters’ stint here a success.

“This version of the SEA Games is by far the most challenging because of the effect of the COVID-19 pandemic. But with 1 SEAG record, 5 new Philippine national records recorded, and 8 personal records established, this can be considered as a very successful campaign for PATAFA national athletes,” said Chua.

Other gold medalists were William Morrison in the men’s shot put (18.14 meters), Clinton Bautista, who set a new national record in the 110m hurdles at 13.78 seconds; Eric Cray, who won a fifth straight 400m hurdles SEA Games crown and Kayla Richardson, who regained the 100-meter tiara (11.60 seconds) that she won in the 2015 Singapore edition.

“The feeling of pressure, disappointment, excitement, and victory made each performance memorable. All athletes gave their all and we couldn’t be more proud,” said Patafa’s Judith Staples.