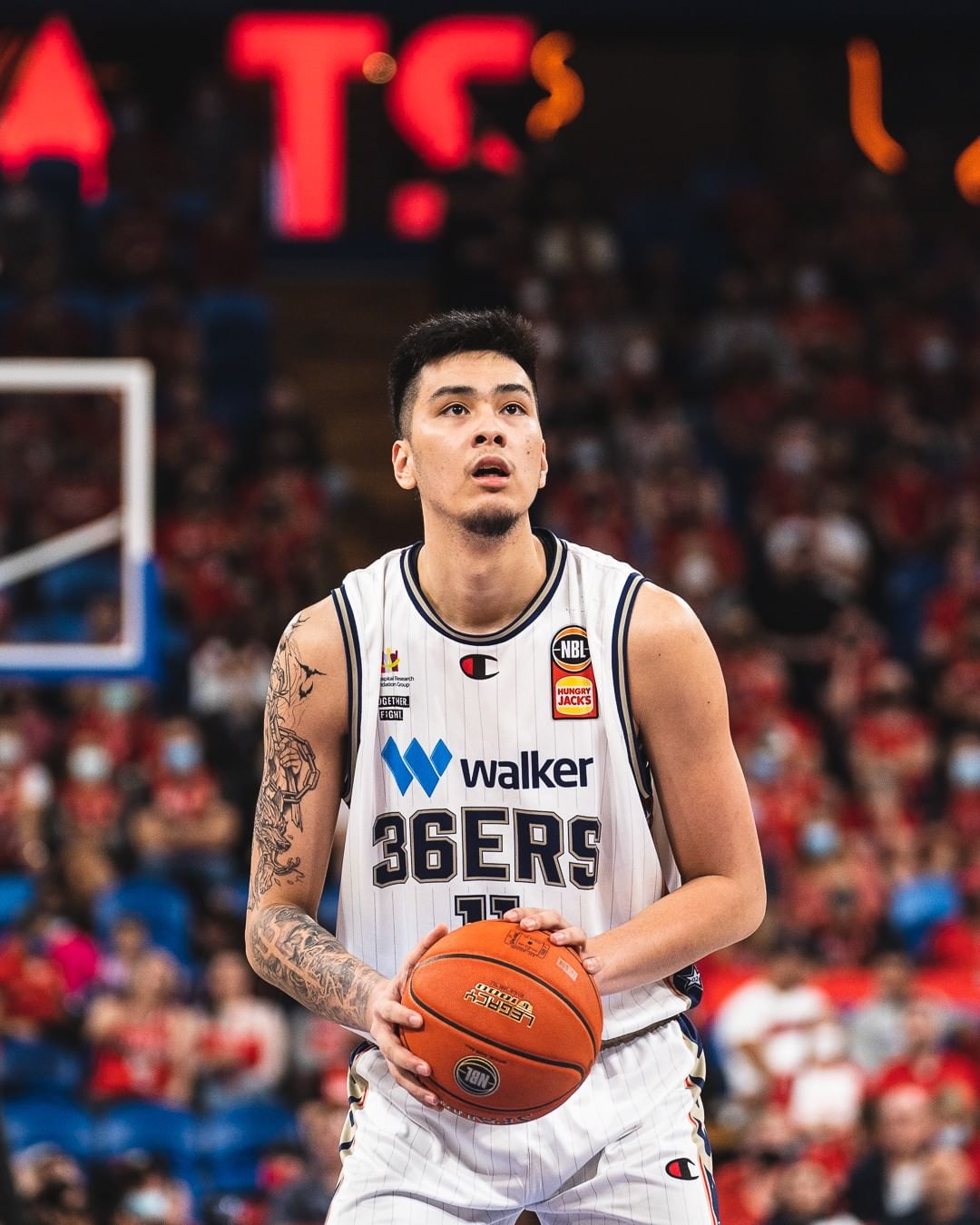 MANILA, Philippines — Filipino center Kai Sotto is continuing to work on his all-around game as he prepares to meet with multiple NBA teams ahead of the Rookie Draft next month.

The 7-foot-2 center, who is set to work out with 12 NBA teams, is mainly focused on improving shooting and defense which could be his biggest assets as he looks to secure a spot in one of the rosters and make history as the first full-blooded Filipino to play in the world’s top basketball league.

He currently training in Atlanta ahead of 2022 NBA Draft on June 15.

“Just working on my strengths and weaknesses. Trying to improve my all-around game. Trying to be ready in this upcoming NBA draft and the team workouts,” Sotto said during his interview with Trevor Lane of Lakersnation.com.

“(Shooting is) one of the things that I tried my best to improve on. I feel like it’s gonna be a weapon for me when I master it. Need a lot of reps to have confidence in myself that I can make it every time .”

The Ateneo high school standout believes one of his strengths is protecting the paint, but he is still working on his defense for guards and quicker players.

“I feel like I’m confident in protecting the paint because of my length and my size. But I have to improve on guarding smaller players because here in the NBA everybody’s pretty talented, athletic and skilled,” he said. “I have to be ready physically and mentally. It’s all about preparation. I think I’m on the right path.”

Sotto is confident that his Australia’s National Basketball League stint with the Adelaide 36ers made him NBA-ready after averaging 7.6 points on 51-percent field goals including a 39-percent shooting from deep and had 4.5 rebounds and 0.7 blocks in 15.2 minutes in 23 games.

“Ever since the league started I had confidence in myself that I have to show up and do my job and show everybody and prove to myself that I’m an NBA worthy player,” he said. “I got a slow start. I got injured at the start of the season. But I think as time went by, I felt better and played better. Just the whole process has been amazing and it has helped me a lot.”

To inspire a generation

More than just becoming the first homegrown Filipino to play in the NBA, Sotto said part of that goal is to inspire the younger generation in the Philippines that they can make it too if he gets drafted.

“The biggest goal is the NBA. But behind that dream is to inspire a lot of Filipinos a lot of people, especially the younger generation,” Sotto

“To be the first full blooded Filipino in the NBA, I think will show a lot of Filipinos that hey we can make it too,” he added.

He admitted that he feels the pressure carrying the dream of every Filipino hoops fan. But he’s using it as an added inspiration to work harder.

“I’m carrying a lot of dreams in my back and always put that in mind that I have to work hard every single day to achieve that dream not just for me but to do it for my family and everybody else as well,” he said.

“Ever since I played basketball a lot of people have been watching me back home. I really feel the pressure. I just have to learn to have fun on the journey. I always think that I love my job. This is what I love to do, I enjoy it.”