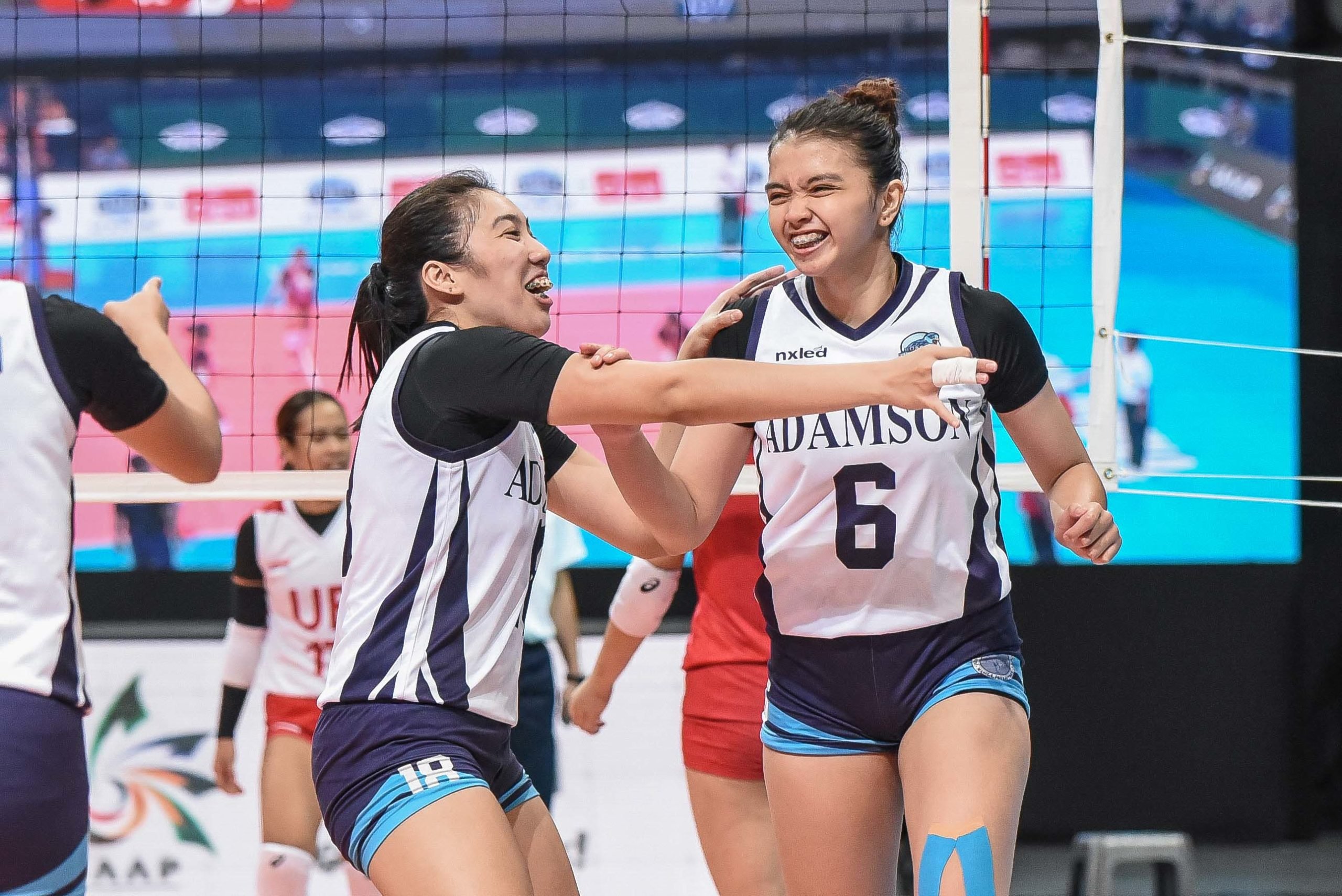 MANILA, Philippines—Adamson got back into the win column, tripping winless University of the East, 25-23, 25-20, 25-18, in the UAAP Season 84 women’s volleyball tournament Thursday at Mall of Asia Arena in Pasay City.

Lorene Toring delivered 14 points on 10 attacks and four blocks, a big improvement from her one-point tally on Tuesday, as the Lady Falcons head into the second round with a 4-3 record.

“I just told them we need to accept our loss to UST. It taught each and every one of us many lessons. We tried to correct all the mistakes we made during that game,” said Adamson head coach Lerma Giron, referring to her team’s five-set loss on Tuesday, in Filipino.

“I just wanted to bounce back from my performance last game where I wasn’t able to contribute,” said Toring in Filipino.

The Lady Falcons came back from a 19-22 deficit in the first period thanks to a 6-2 spurt capped by Toring’s quick kill.

Mary Ann Nique topscored for Adamson with 15 points including four blocks while Rizza Cruz had 10 points.

Messi’s Argentina go through on penalties after Dutch comeback

Agony and anger for Brazil as World Cup favorites crash out