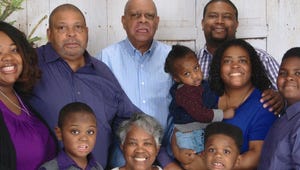 Missouri Attorney General Eric Schmitt’s office has refiled involuntary manslaughter charges against three men in connection with the sinking of a tourist boat that killed 17 people in 2018.

The vehicle, known as a duck boat, sank during a storm shortly after it entered Table Rock Lake near Branson on July 19, 2018. Riders from Missouri, Indiana, Illinois and Arkansas were killed. Fourteen people survived.

On April 5, Stone County Judge Alan Blankenship dismissed first-degree involuntary manslaughter charges against Kenneth Scott McKee, 54, the captain of the boat; Curtis P. Lanham, 39, the general manager at Ride the Ducks in Branson; and Charles V. Baltzell, 79, the operations supervisor who was a manager on duty when the boat sank.

Duck boat accident:What we know about the tragedy, the Coleman family, victims, survivors and lawsuits

Two days later, Schmitt refiled 17 involuntary manslaughter charges against each of the men. McKee also faces 12 counts of endangering the welfare of a child.

“As I’ve said previously, my Office is committed to fighting for justice on behalf of the 17 people that were tragically killed in 2018 — that’s why we re-filed the charges in this case,” Schmitt said in a statement Wednesday.

Prosecutors said the tourist boat went into the lake despite warnings of storms in the area. The boat sank after it was swamped by waves caused by the winds.

Attorneys for the three defendants have argued that the men were not aware of the severity of the storm and did not intentionally put their passengers in danger. When he dismissed the charges, Blankenship said there was no evidence the men knew about the strong winds associated with the storm.

When the criminal charges were filed last year, an affidavit from an investigator said McKee ignored concerns about an approaching storm when he took the boat onto the lake. Lanham and Baltzell were accused of failing to communicate weather conditions and to stop operations after a severe thunderstorm warning was issued.

The duck boats, which operate on land and water, were a longtime popular attraction in the tourist town of Branson. The ride closed down after the tragedy and the boats have not returned to the lake.