Carmel Council can approve $54M in bonds. Here’s what it will support. 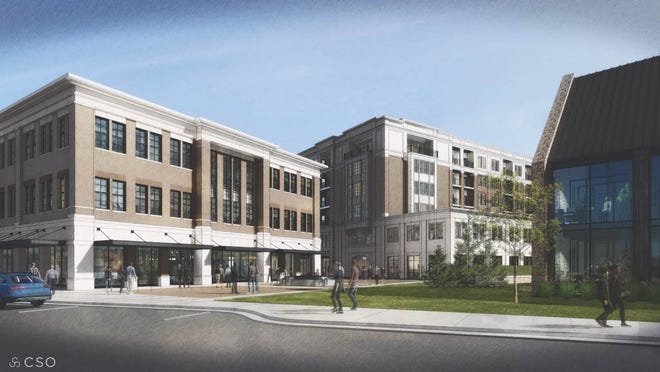 Nearly $54 million in tax increment finance bonds to support development projects in Carmel will be introduced to the city council Monday, according to the council’s April 18 agenda.

The various bond resolutions, when approved by the council, would help finance four different projects across the city — from Old Meridian and Main streets to 3rd Avenue Southwest near Midtown.

“The excitement for me is the fact that we still continue to have major projects and developers coming to Carmel who see Carmel as a place to invest their money,” Councilman Jeff Worrell said. “It reinforces all the work that’s been done in years prior to make this a great place to invest in.”

More:Speedway-based investor buys the Pyramids, eyes the site for revitalization

Tax increment financing, also known as TIF, provides cities like Carmel the opportunity to use the increased tax revenue from rising property values on a site to pay for redevelopment work.

The city issues the bonds to help finance the projects, but the developers are responsible for making the payments.

The City of Carmel often uses TIF to support redevelopment projects in the city, such as the new Republic Airways headquarters near U.S. 31.

All four proposed projects are mixed-use developments, which means residential and commercial buildings are part of the construction plans.

Each of the sites were negotiated by the Carmel Redevelopment Commission.

Here is a look at the four bond resolutions planned before the city council Monday.

Developers are asking the city to support a $20.5 million TIF bond for a mixed-use project by Pure Development, Buckingham Companies and Merchants Bank, according to an email written by Carmel Redevelopment Director Henry Mestetsky and provided to IndyStar.

The total project cost is estimated at $133 million, according to Mestetsky’s email.

Developers want the city to support a $14.5 million TIF bond for a mixed-use project at the southeast corner of Old Meridian and Main streets.

The developer would be Edward Rose & Sons, according to the city. Edward Rose Properties Inc, listed on bond documents, is based in Michigan.

The total $76 million mixed-use development would include 266 apartments, 22 for-sale condos, 9,720 square feet of office or commercial space and a 581-space parking garage available to the public, according to an email from Mestetsky.

More:Stout’s Footwear in Carmel set to reopen in 2023 as part of new $68M development

Pedcor, acting as Evansville-based Village Capital Corporation, is asking Carmel to support a $9 million TIF bond for a mixed-use development.

The $55 million project would include 99 apartments, 23,000 square feet of office or commercial space and a 229-space parking garage available to the public.

About 22% of the housing units would be dedicated to workforce housing, a first for a Carmel Redevelopment Commission project, according to the email from Mestetsky.

Those units for affordable housing will be at 50% of area median income, Mestetsky wrote.

“This is very exciting for many reasons,” he said.

More:The Stutz to be redeveloped with retail, dining and more in historic auto factory

Cross Development is asking the city to support a $9.5 million TIF bond for the construction of a mixed-use development between BruBurger and Home2Suites.

The $60 million project, called the Old Meridian Apartments, will include 263 apartments, 10 for-sale condos, 9,000-square-feet of office and commercial space and a 395-space parking garage available to the public, according to the email from Mestetsky.

IF YOU GO: The Carmel Common Council will meet at 6 p.m. Monday, April 18, in Council Chambers at City Hall, 1 Civic Square.