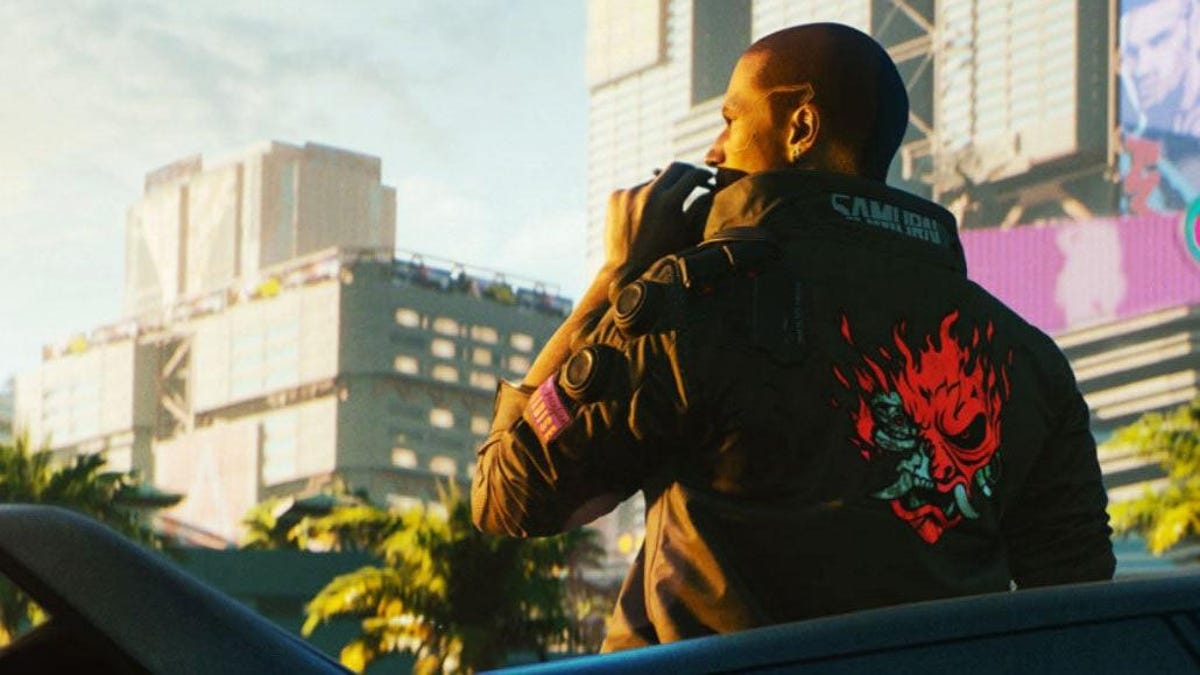 Cyberpunk 2077’s best days may still be ahead but developer CD Projekt Red announced today it’s now shifting focus and resources away to other projects, including its new open-world Witcher game. While the beleaguered sci-fi shooter will still get a story expansion in 2023, it doesn’t sound like it will be getting any more major overhauls in the future.

“We will obviously continue supporting Cyberpunk 2077 and still working on updating it but [the] vast part of the job we believe has already been done and was done in 2021,” the company said during today’s earnings call. It also shared a presentation slide showing how development resources have shifted over time, with “support for Cyberpunk 2077” becoming one of the smallest segments as of February 2022.

That was around when CDPR released the PS5 and Xbox Series X versions of the game, as well as patch 1.5, which added a ton of new fixes, rebalanced rewards and skill trees, and expanded relationships with certain NPCs. Many of the improvements directly addressed earlier criticisms of the game, and I’ve recently been enjoying diving back into the latest version.

At the same time, patch 1.5 struck me as the midway point in Cyberpunk 2077’s redemption arc rather than a final victory lap. There are parts of the game I love and then there are the parts where the simulation still frequently breaks and shatters any sense of immersion. CDPR didn’t say the open-world RPG won’t ever get another patch on that scale, but all signs point to development winding down when it comes to any deeper revamp of how the game plays or is structured. That might not be a retreat so much as a concession to the limits of what the game is.

If so, a No Man’s Sky or Final Fantasy XIV-style comeback might not be in the cards after all. During its rough 2020 launch, including a PS4 version that was so bad Sony pulled it from the PlayStation Store, Cyberpunk sold 13 million copies. Today, CDPR announced it only sold another five million in the 16 months since. Currently, that puts total sales slightly ahead of Super Mario Party and behind God of War, both first-party exclusives. It’s also still severely below some analysts’ initial projections.

And while Cyberpunk 2077’s future is still murky, plans for additional DLC have also appeared to get downgraded over time. CD Projekt president Adam Kiciński had previously said the game would receive “no less DLC than The Witcher 3 had,” and that game received two giant and stellar expansions. For that reason, some had originally presumed Cyberpunk 2077 would similarly get two major paid DLCs in addition to smaller free ones, but so far CDPR has only confirmed one. It will arrive in 2023, the company announced today. Further specifics remain elusive. A previously planned multiplayer component also appears to have been cast aside. CDPR didn’t clearly confirm what its fate was when asked about it during today’s earnings call, and didn’t immediately respond to a request for comment when asked to clarify its future plans for Cyberpunk 2077.

It’s not surprising that the company is eager, in the meantime, to move on to other things, especially more Witcher. CDPR revealed today The Witcher 3 has shipped over 40 million copies, with the series as a whole selling over 65 million. As it buckles down on developing the next game in that series, it also has plans for more updates to Gwent and The Witcher: Monster Slayer, a new Gwent spin-off, an unannounced project at the recently acquired Boston studio, The Molasses Flood, and the next-gen version of The Witcher 3.

That last release slipped out of this summer after CDPR revealed yesterday it was taking development away from Russia-based Saber Interactive and finishing it in-house. Despite the lack of a new release window, the company said it was unfair to describe it as “indefinitely delayed,” saying it simply needed more time to evaluate what work was left. “Nobody is saying the game is delayed in some monumental sort of time gap ahead of us,” said Michal Nowakowski, SVP of business development.

“Our focus for the Cyberpunk 2077 team is the next expansion targeted for 2023 release,” they wrote. “We’re not speaking about anything else for the moment as we’re continuing our promise to not speak about projects too early. We’ll share about further plans when we’re ready. That’s all I can provide in terms of additional statements for the time being.”