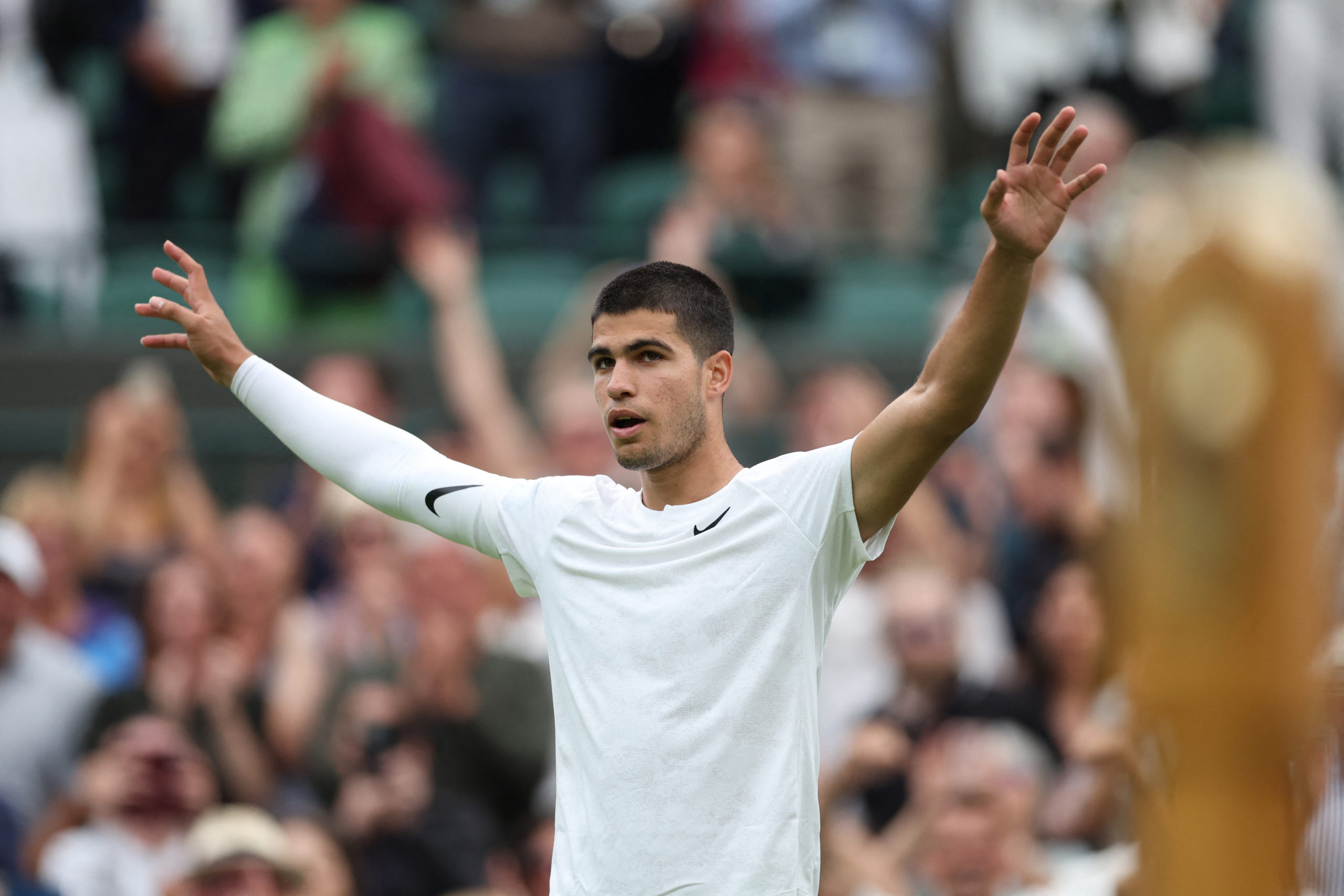 LONDON— It might not have been the workout Carlos Alcaraz was hoping for as he nursed a sore elbow but the Spaniard showed why he is considered the next big thing as he toppled Jan-Lennard Struff 4-6 7-5 4-6 7-6(3) 6-4 in the Wimbledon first round.

The 19-year-old has enjoyed an incredible season on clay and hardcourts — winning titles in Rio, Miami, Barcelona and Madrid — and on Monday he proved he has the skills and mental belief to succeed on the sport’s slickest surface.

Despite still being a grasscourt novice, fifth seed Alcaraz did not let German Struff’s 218kph hurtling serves or the disappointment of losing two of the opening three sets faze him.

Facing an opponent he described as “big serve, big shots”, Alcaraz kept his nerve to fire down 30 aces and produced an assortment of breathtaking passing shots to secure only his second ever win on grass.

“I feel pretty good, playing here is amazing,” the beaming teenager, whose debut appearance at Wimbledon ended in the second round 12 months ago, told the crowd.

“I didn’t expect to move as well as I did today. I don’t know how I did this (hit 30 aces) as this is probably my best match serving.

“This means I like to play on grass and I don’t want to leave the court.”

In their only previous meeting, Struff beat Alcaraz in straight sets in the third round at last year’s Roland Garros. But since that showdown, their careers have headed in opposite directions.

While Alcaraz shot up 90 spots in the rankings to break into the top 10, Struff’s fortunes have nosedived and this month he dropped outside the top 100 for the first time in five years.

But during Monday’s opening exchanges, few would have guessed that Struff only classified as the 155th best player in the world.

With the balls flying off the lush green surface of Court One, Alcaraz was left rolling his eyes time and again as he kept coming off second best in the fast-paced exchanges with the 32-year-old German.

But what the grasscourt novice lacked in experience, he more than made up for with his determination to succeed.

“Here everything (is) going faster. I don’t go fast to the net,” said the youngest player in the men’s draw who will next meet Dutch journeyman Tallon Griekspoor.

“I would say my level on grass has to improve a little bit. I’m not experienced player on grass. For me … (it) is more difficult to move on grass than the other surfaces.”

Being forced to skip the Wimbledon warm-up tournaments with an elbow injury did not help the Spaniard’s cause, but the way he hung in for four hours and 11 minutes to keep alive his Wimbledon dreams proved a point to him — and his rivals.

“Great battle, four hours … I enjoyed (it). For me playing on grass is so beautiful. I like to play on grass.”