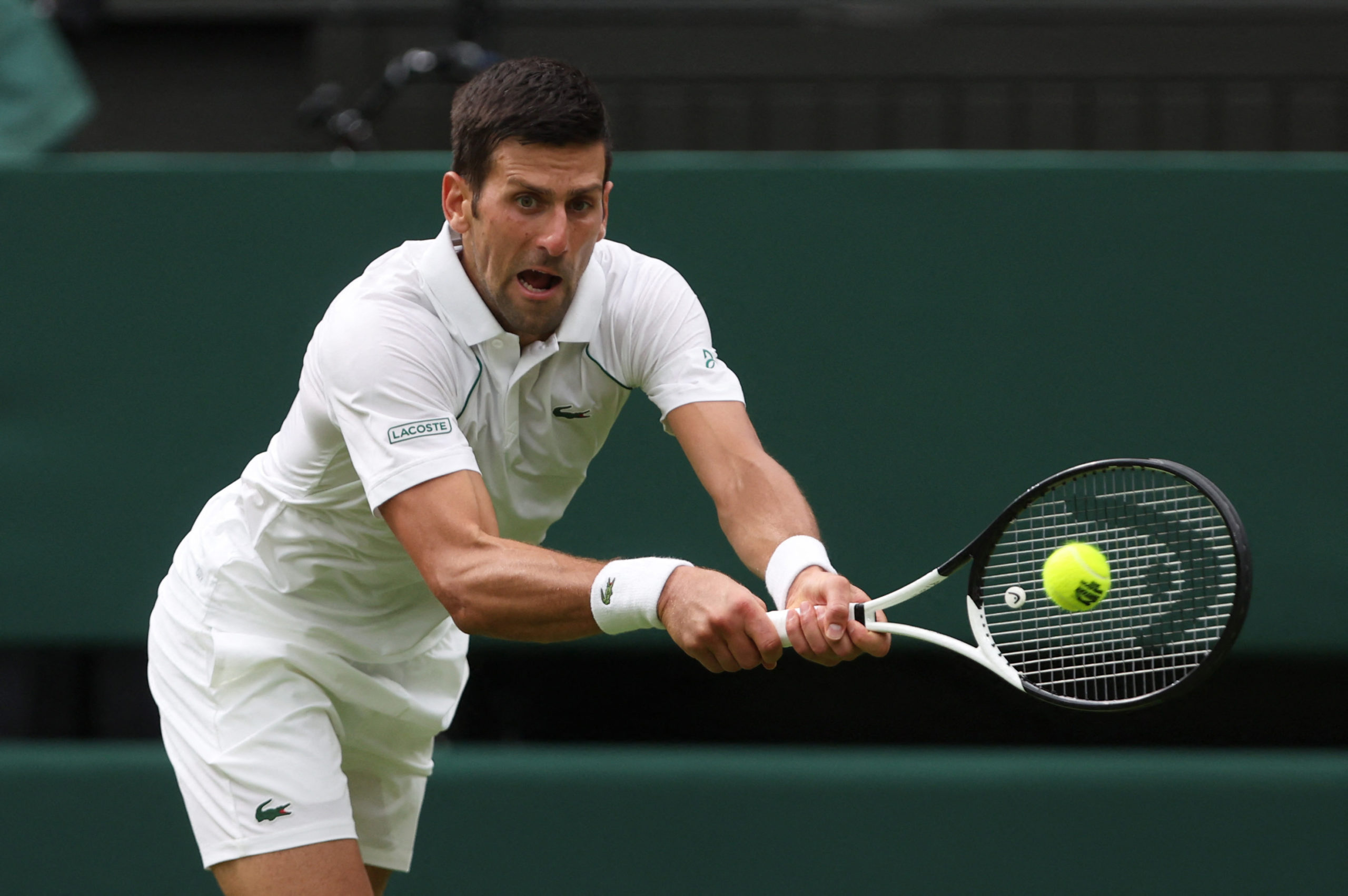 LONDON— Novak Djokovic dropped a set on the way to the second round at Wimbledon on Monday and did not look like the Mr Consistency who has become the first player to win 80 singles matches in each of the Grand Slam tournaments.

But his opponents know that once the Serbian finds his 2022 grass legs, they will more than likely follow first-round victim Kwon Soo-woo out of the event.

Djokovic had played no competitive tennis on grass coming into the tournament and ground out a 6-3 3-6 6-3 6-4 victory against the lively South Korean.

“I did not start or did not play at my best but I think when I needed to find the right shots, I did,” Djokovic said. “I know I can do better.”

The top seed won three out of four Grand Slam titles last year but lost in the U.S. Open final in September then caused controversy when he arrived to defend his Australian Open title only to be held and then deported because he was not vaccinated against COVID-19.

He then lost in the French Open to eventual winner Rafael Nadal who moved ahead of the Serbian on 22 titles to Djokovic’s 20. The Australian debacle lost him some popularity.

“I’ve experienced something that I’ve never experienced in my life in Australia. So this post-Australian period of next several months was challenging emotionally for me because of a lot of different factors,” Djokovic said.

But he said his motivation was still high and stepping on to Centre Court at the start of his title defense was “a unique and special feeling”.

“In terms of my motivation on the court, fulfilling my everyday chores, trying to win more titles and be one of the contenders for more Grand Slams, it hasn’t changed much,” he said.

“But… the sensation coming back on the court with everything that happened post-Australia, particularly first few tournaments, was different. It was a different feel. Not very pleasant to me.” He said he no longer felt bad stepping on court.

The Centre Court crowd greeted the six-times champion politely but not effusively on Monday. They urged on the underdog Kwon as expected but many were waiting for the later matches featuring British competitors. Djokovic was happy, though.

“I was very pleasantly surprised, I mean, in a positive way. I felt support. Of course, the crowd was engaged in the match. They supported both players. I thought they were very fair to me.”

With a first grasscourt win of the season under his belt, Djokovic knows his game and confidence will improve along with his chances of closing in on second seed Nadal’s Grand Slam record.

“It’s really more about feeling on the court that I have, the movement, timing, and just trying to get better rhythm overall in every shot,” he said.

“It’s always going to be a bit rusty I think the first couple matches for me.”

Djokovic next faces Australian Thanasi Kokkinakis, ranked 79 in the world, who beat Kamil Majchrzak of Poland in straight sets. It is a match designed to polish off the last of the rust.