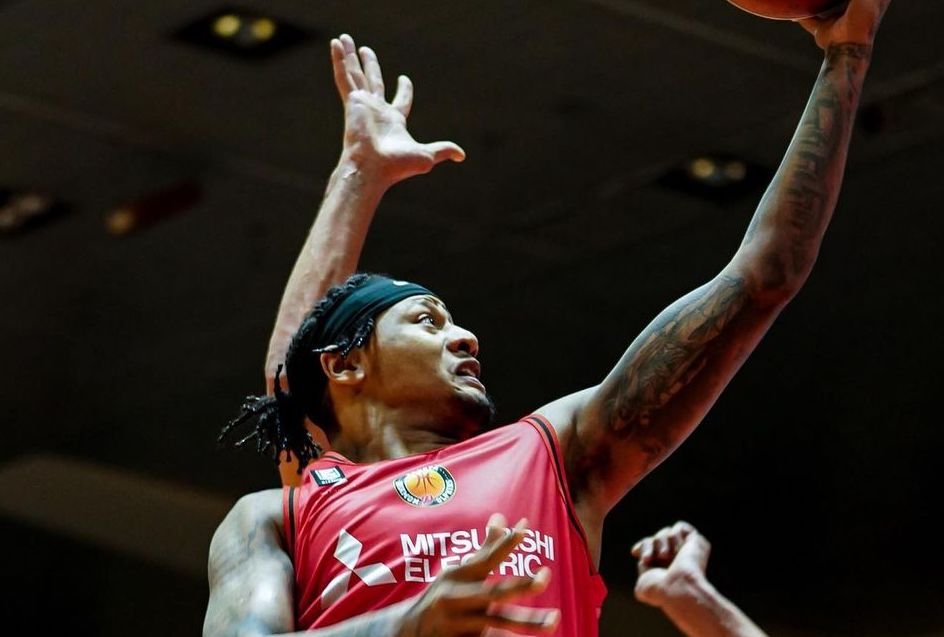 FILE – Ray Parks of the Nagoya Dolphins in the Japan B. League. NAGOYA DOLPHINS PHOTO

After being held to just six points in their 97-65 loss to the Golden Kings on Saturday, Parks bounced back with 12 points including a pair of triples and had five rebounds and one assist to end their foes’ 13-game winning streak.

The Diamond Dolphins fought back from a 66-78 deficit with 1:46 to go as they unleashed a blistering 15-2 run capped by the game-clinching free throws of Scott Eatherton in the last eight seconds.

Ryuichi Kishimoto had a chance to steal the game for Ryukyu but he missed his triple.

The Diamond Dolphins boosted their playoff chances with an improved 27-13 record in the third place of the West District.

Meanwhile, Thirdy Ravena missed his fourth consecutive game but the San-En NeoPhoenix asserted their mastery of the Kyoto Hannaryz, 63-58, at Toyohashi City Gymnasium.

Elias Harris powered San-En with 19 points and six rebounds to complete a weekend sweep of Kyoto, while Justin Knox provided the spark from the bench with a double-double of 13 points and 13 rebounds as they improved to 10-39 record.

However, the other Filipino imports suffered blowouts in their respective matches.

De Liano provided the spark off the and joined hands with Chehales Tapscott, who tallied 23 points, eight rebounds, and five assists, only for Ibaraki to absorb its third straight loss, dropping to 13-32.

Ravena and Ramos clash on Wednesday as Shiga and Toyama collide to end their respective skids.