At least 46 bodies found in 18-wheeler in San Antonio 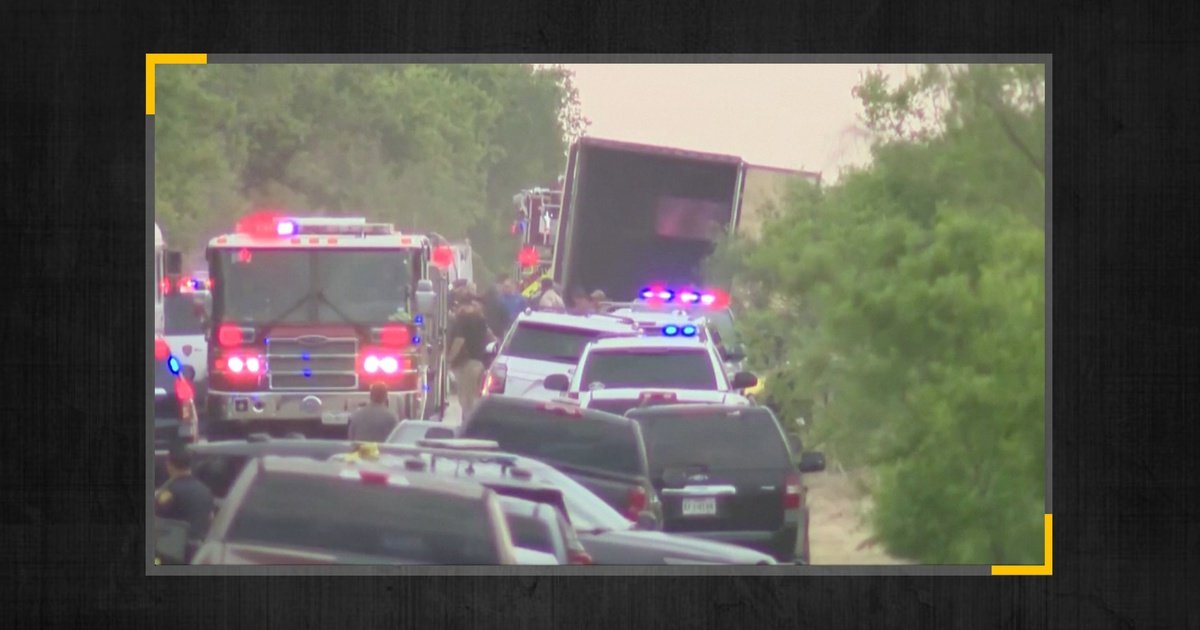 A tractor-trailer found near Lackland Air Force Base in San Antonio contained the bodies of 46 dead people, along with 16 others who have been taken to hospitals, local officials in San Antonio said on Monday evening.

The horrifying discovery was made near the intersection of Cassin Drive and Quintana Road in Southwest San Antonio, according to a local official who spoke to The Texas Tribune on condition of anonymity. The official said that Mayor Ron Nirenberg and Police Chief William McManus would give a briefing to the press at 9 p.m. near the site of the discovery.

The official said that federal, state and local authorities believed that the bodies were those of migrants. Cross-border smuggling and human trafficking have been longstanding problems along the U.S.-Mexico border, but the deaths of 46 people represent a stunning loss of life.

KSAT-TV reported that ambulances and law enforcement officials, including agents from the U.S. Customs and Border Protection, had swarmed the scene.

This is a developing story; check back for details.

Join us Sept. 22-24 in person in downtown Austin for The Texas Tribune Festival and experience 100+ conversation events featuring big names you know and others you should from the worlds of politics, public policy, the media and tech — all curated by The Texas Tribune’s award-winning journalists. Buy tickets