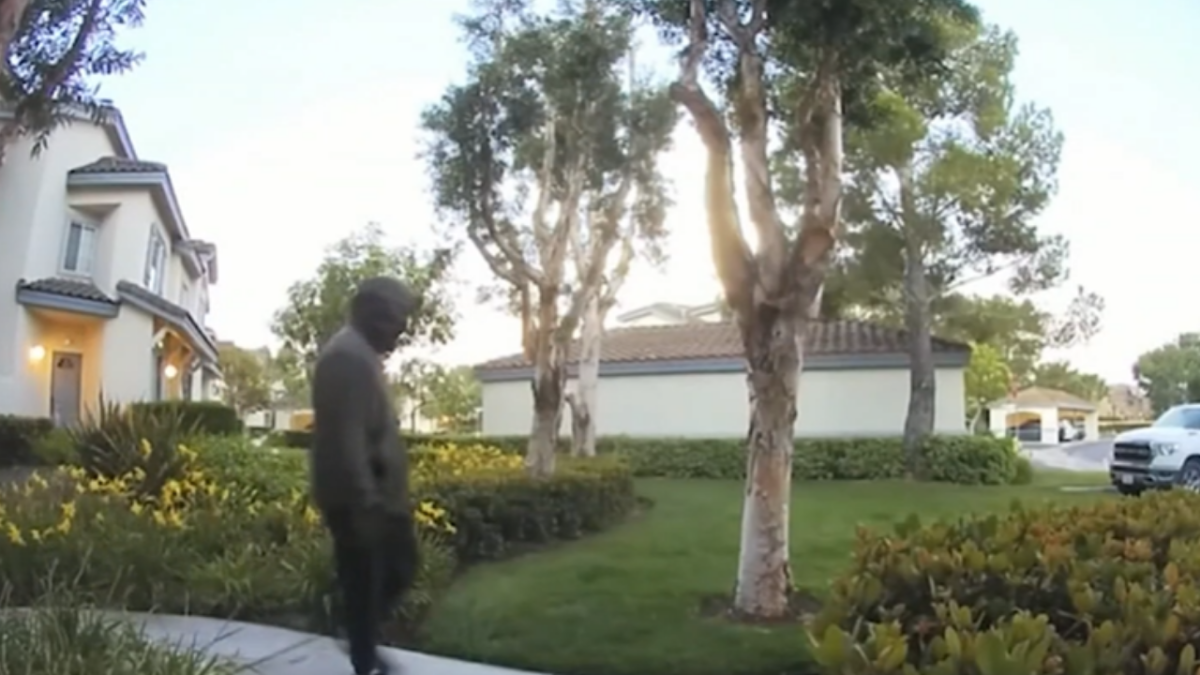 Anaheim police on Friday asked for the public’s help catching a suspect who shoved an explosive into the home of a woman, injuring her.

The suspect broke glass to stuff the explosive into the home, Carringer said. A woman living there woke up to the sound of the shattering glass and as she was coming downstairs to investigate, she was injured by “flying glass,” and broke her foot and hand, Carringer said.

The suspect quickly walked away after leaving behind the explosive.

“We’re exploring why it could have been done,” Carringer said. “It’s possible it was completely random.”

The suspect is a 6-foot-tall man who weighs about 180 pounds. He wore a backpack, dark gray hoodie, black jeans and black tennis shoes. Anyone with information was asked to call detectives at 714-765-1557 or email ccavaness@anaheim.net.