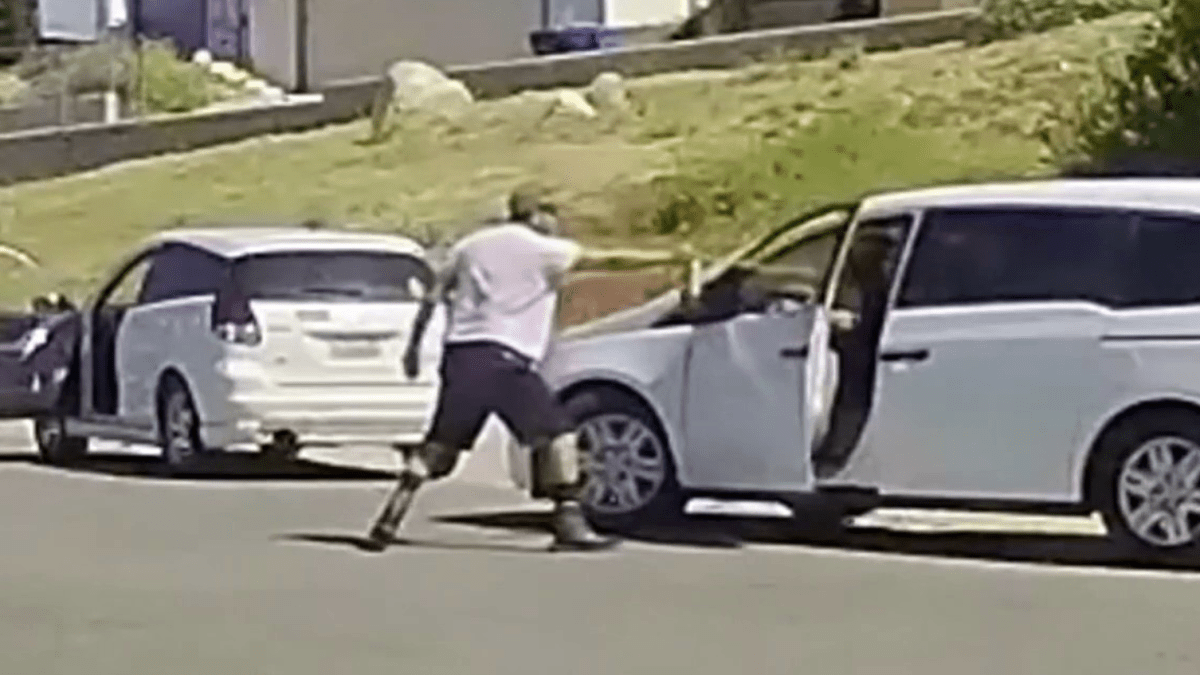 The Los Angeles Police Department is looking for the driver of a Toyota Matrix who threatened then sprayed another driver with a bottle of bear spray in an attack caught on camera.

The attack was captured on video by a passing car on Wednesday, July 6, in broad daylight at Day Street and Pali Avenue in Tujunga.

The victim Gary Anadolian took a face-full of harsh chemicals, after being diagnosed with COVID.

He was diagnosed July 4.

Bear spray, which is legally bought and sold in California, often comes in large cans, and is designed to disable three hundred pound animals.

Seconds after the man — still unidentified — finishes attacking a complete stranger, Anadolian is seen stepping from his mini-van, blinded and in searing pain.

“It took me, like, half an hour to open my eyes. I couldn’t see nothing,” Anadolian said.

The driver of the car that recorded the attack said that he “had a feeling” something bad was going to happen as he drove up on Anadolian and the other man. It had started with a road rage incident.

Anadolian admitted he didn’t fully stop at a four-way intersection near Day Street and Pali Avenue.

He says he pulled over to apologize, but the man, who had boxed him in with his Toyota, threatened to “kill him” before spraying.

“Out of nowhere, he just flushed the whole thing on me,” Anadolian said.

Whatever the reason, what the attacker did was assault and battery. and that’s what the LAPD is investigating as officers search for him and his car.

“Someone that unhinged could easily attack someone else,” Anadolian said. “I need justice with this guy.”