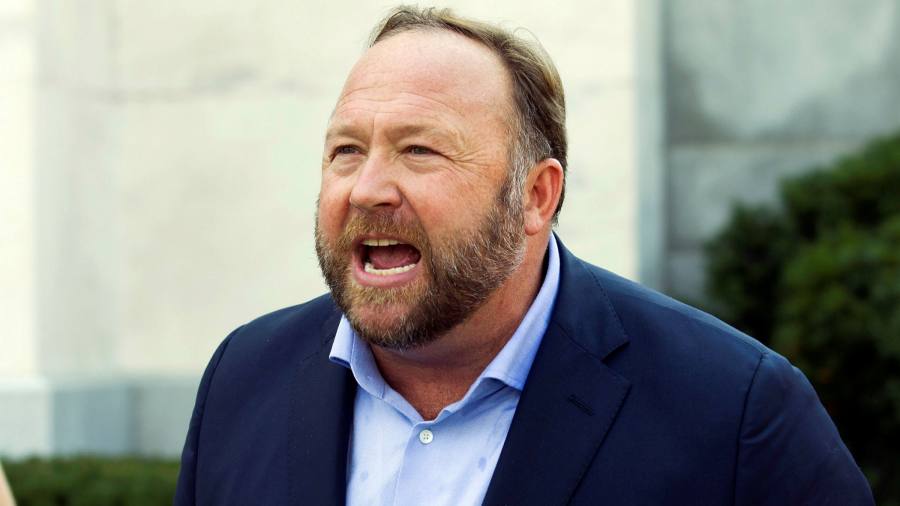 Companies owned by rightwing conspiracy theorist Alex Jones have filed for bankruptcy after being hit by defamation lawsuits over Jones’ claims that the Sandy Hook school shooting was a hoax.

Three companies, including Jones’ InfoWars media outlet, filed for Chapter 11 protection in Southern Texas on Sunday. InfoWars, which has been widely criticised for promoting conspiracy theories and hate speech, said it had up to $10mn in liabilities and less than $50,000 in assets, according to court filings.

Chapter 11 status gives businesses protection from creditors in order for them to restructure under court supervision.

InfoWars has previously claimed that the 2021 school massacre in Sandy Hook, Connecticut, which killed 20 children and six teachers, was a hoax arranged by anti-gun activists and that the victims’ families were actors. Families of the children killed in the shooting have sued Jones over it, saying they have been targeted by death threats and online harassment.

Jones filed a motion to dismiss a lawsuit in Texas, arguing that the suit was a device to “silence free speech”.

“The goal of this lawsuit is to silence [Jones], as well as anyone else who refuses to accept what the mainstream media and government tell them, and prevent them from expressing any doubt or raising questions”, said lawyers representing Jones.

Social media groups including Apple, Facebook and YouTube have blocked content from InfoWars as they faced backlash over their role in spreading misinformation. Former president Donald Trump has praised Jones and been a guest on his InfoWars web show.

Despite the bans, InfoWars has continued to attract millions of viewers. The company drew 10.3mn visits to its website in February, according to data company SimilarWeb.