Afghan refugees to celebrate Eid in Chicago after arriving in US 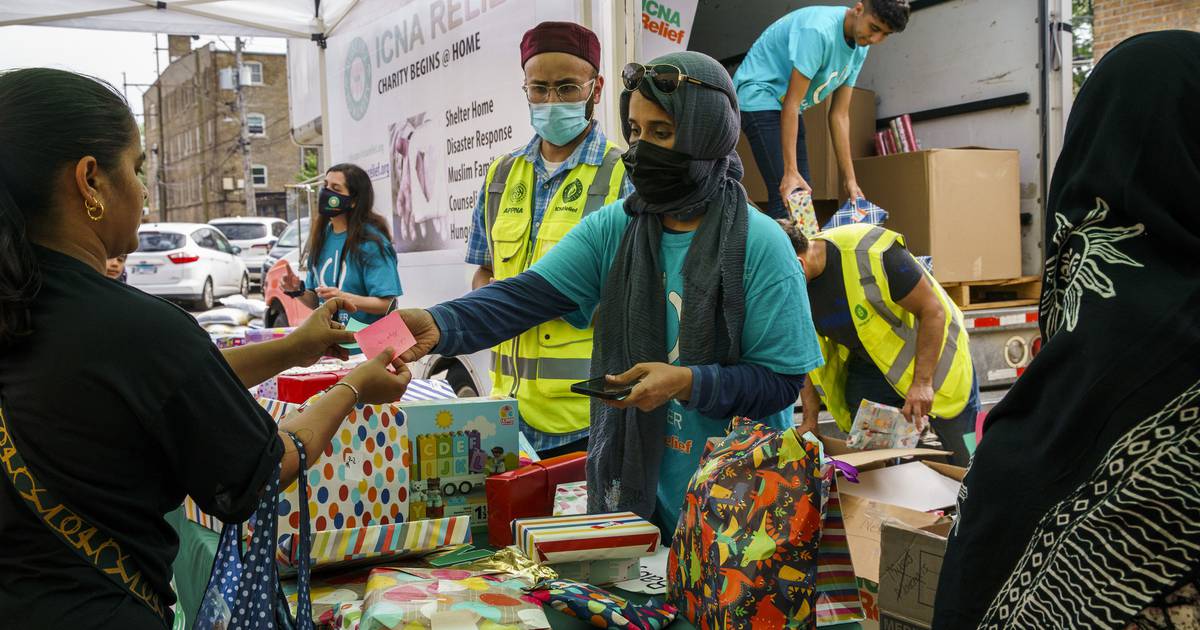 Nekbakht Merzayee had a smile on her face after she was given a new outfit to wear for Eid at a nonprofit’s celebratory giveaway Thursday, but she said she felt “not very good” about being away from her loved ones this holiday.

She arrived in the Chicago area in May after having to leave her husband and family in Afghanistan earlier this year.

She joined about 85 families that walked through the Devon Avenue location of the Chicago chapter of Islamic Circle of North America Relief, or ICNA Relief, Thursday afternoon to receive gifts ahead of the Muslim holiday, Eid al-Adha, which starts Saturday. While the nonprofit regularly works with refugees from approximately 15 different nationalities, this year there was a huge influx of refugees from Afghanistan who needed help, said Beena Farid, the outreach coordinator for ICNA Relief across the greater Chicago area.

The goal, she said, was to make their first Eid celebrations away from their homes special.

The event, which was advertised as an Eid toy giveaway, brought hundreds through the nonprofit’s doors, but Zak Sirajullah, health services supervisor at ICNA Relief, said the giveaway was not just for toys. Staff members and volunteers were also distributing new clothes for people to wear on Eid and personal hygiene packages for women.

The giveaways are geared toward refugees and immigrants, Sirajullah said, but the nonprofit doesn’t discriminate against anyone who shows up.

“Obviously if someone is coming to our door, they have a need for our services and what we’re offering, so we’ll be happy to help them,” he said.

“A lot of them, their income goes directly to housing, rent, food, so luxuries like these are very difficult, so we look forward to distributing these every year and they look forward to receiving it, as you can see, we have a line around the block,” Sirajullah said.

The nonprofit’s Devon Avenue center is home to other services including case management, back-to-school drives and a food pantry, which distributes fresh produce, meat, dairy products and other groceries two to three times a week.

All the items distributed Thursday were new, either purchased from donations given to the nonprofit or donated directly, Farid said. There were around 800 toys piled high in the back of a truck at the start of the giveaway, and the truck was nearly empty around two hours later.

The nonprofit also partners with different organizations to make a widespread difference, Farid said. More Eid giveaways were taking place at the nonprofit’s location in Glendale Heights, and the nonprofit sent gifts to the Carol Stream and Aurora areas for families there.

Farida said anyone interested in learning more about ICNA Relief and how to get involved can go to icnarelief.org.