A Grandmother Is Fighting for Custody of Her Murdered Daughter’s Child. Will She Be Silenced? 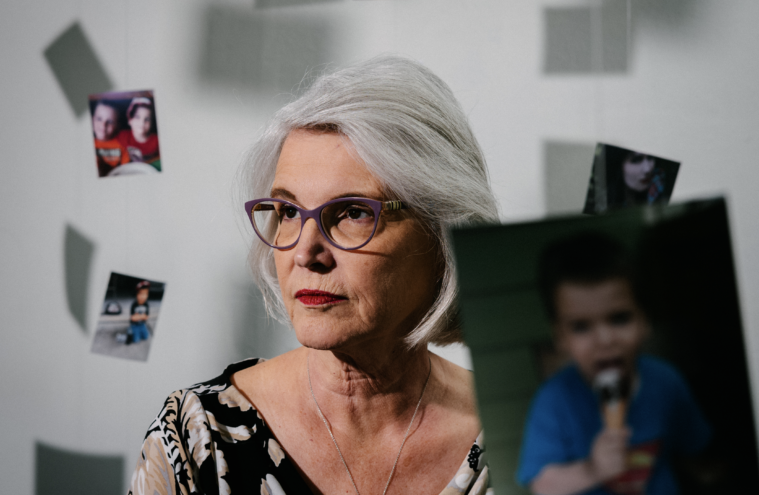 For more than five years, Stephanie Johnson has been battling her daughter’s murderer and his father for custody of her grandson. Soon, she may be barred from speaking out about her plight.

On March 23, Barry Hardy, whose son, Shaun, is in prison for killing Anne-Christine Johnson in late 2016, asked a Galveston County family court judge to issue a sweeping gag order in the custody fight. In a separate motion, Barry—who has had primary custody of Shaun and Anne-Christine’s son since the murder and has strictly limited her family’s access to him—asked the judge to seal the case records from public view.

An amicus attorney appointed to help the judge decide the case is supporting the motion to gag, which increases the likelihood that it will be granted.

Stephanie said she intends to fight the motion to gag, which was filed a week after the Observer published an in-depth article about the case.

“I want unfettered access to my grandson, who needs me,” Stephanie said. “For six years, I’ve tried to respect the process, lay low, and let justice take its course.”

Throughout this time, she said, Barry has used the court system to bully her.

“I think the story needs to be told,” she said.

Barry, a real estate investor and businessman in League City and a former Santa Fe selectman, did not reply to a request for an interview. Neither did his lawyer or Stephanie’s.

The child, who has autism, was five when his father stabbed his mother in their League City house, then stashed her body in the garage. Police found Anne-Christine’s remains and arrested Shaun three weeks later, on December 30, 2016. In early January 2017, Galveston County family court Judge Barbara Roberts granted Barry primary custody and Shaun secondary custody of the boy after a hearing that his maternal kin, who lived in Houston, weren’t told about.

Stephanie sued both Hardys in March 2017. She wants to share primary custody with Barry and to bar Shaun from contacting the child, both from prison and upon his release. (He’ll be eligible for parole in 11 years.) She also wants the court to mandate trauma therapy for the boy, who was home and awake during the murder. The custody trial has been set and delayed numerous times, most recently because Barry’s lawyer cited a scheduling conflict.

From 2017, when Barry bailed Shaun out of jail, until 2019, when Shaun pleaded guilty and went to prison, the court imposed no limits on his contact with his son except that any visits be supervised by Barry. There are no restrictions on Shaun’s contact with the boy from prison, court records show.

Advocates for family court reform say the system often prioritizes the wishes of fathers, including abusive ones, over the wellbeing and safety of children. Many women who speak out against this injustice are silenced and even punished, said Danielle Pollack, policy manager at the National Family Violence Law Center at George Washington University.

“Because they feel like they’re not getting adequate protection from the courts, they may begin to share things on social media or speak to the press, and then usually a gag order will come,” Pollack said. “The reason given is always for the protection and the privacy of the parties and the child.”

But Pollack said there’s another reason for the gag orders: Judges don’t want the public to know that the court system is failing children.

Richard Ducote, an attorney in Louisiana who has been litigating on behalf of abused children and women since the 1980s, said there’s a “disturbing” mentality among family court judges that “we’ve got to cover up our mistakes and we’ve got to retaliate against the mothers.”

Ducote said that while judges benefit from secrecy in custody cases, children do not.

“The best safeguard over the integrity of judicial proceedings is sunlight,” he said.

In this case, Ducote said, the boy’s privacy won’t be served by suppressing further media coverage because the details of his father’s crime and its aftermath have been widely reported and are available in the criminal case file.

Judge Kerri Foley took over the custody case after her election in 2018. Though she hasn’t ruled on Barry’s recent motions, her staff has warned the media away. On March 21, soon after the Observer story was published online, a journalist for the Houston Chronicle called Foley’s office to inquire about a hearing in the case scheduled for later that day. The woman who answered the phone told her that the media wasn’t permitted in the courtroom, said the journalist, Anna Bauman.

But family court proceedings in Texas are open to the public, according to former Galveston County Judge Susan Criss. A judge can’t close them to the media or anyone else without holding a hearing and finding “very strong justification,” Criss said.

The next hearing in the case is scheduled for May 5. Foley could consider Barry’s motions that day, as well as a motion Stephanie filed in February for temporary joint custody until the case is resolved. Foley began hearing testimony on that motion at the March 21 hearing.

In his motion to gag, Barry argues that additional press accounts of the “salacious facts of the case” would taint the jury pool. Further, he claims it is “improper” for the parties to speak to the media when “the future of a child is at stake.”

Amicus attorney Genevieve McGarvey signed onto this motion and, shortly thereafter, filed her own request for a gag order, saying the order was necessary to protect the child’s privacy.

In his motion to seal, filed on March 24, Barry claims that keeping the custody case documents public “could be emotionally and psychologically damaging to the child.” McGarvey did not join that motion.

Ducote called Barry’s motion to seal “ridiculous” and his motion to gag “factually weak” and “legally weak.” A gag order would violate the free speech clauses of both the United States and Texas constitutions, Ducote said, which would make it vulnerable to reversal on appeal.

“These gag orders are very much discouraged and disfavored by the [higher] courts,” Ducote said.

The order Barry is requesting would apply to all three parties—Stephanie, Shaun, and himself—as well as their attorneys and McGarvey. All would be prohibited from discussing the case with anyone outside that group, including the press.

Criss, now a private attorney in Galveston, said judges can be “extra sensitive” about how they and their cases are portrayed in the media, particularly since they’re elected. But all judges make mistakes, Criss said, and they should focus on fixing them rather than avoiding bad publicity.

In this suit, Criss said, “all this bad stuff happened early on,” when Roberts was presiding.

Criss added that now, Foley “has the ability to come out the complete hero, and she may well.”