3 takeaways from the Chicago Cubs road trip, including playing-time balance at catcher and Seiya Suzuki gaining respect – The Denver Post 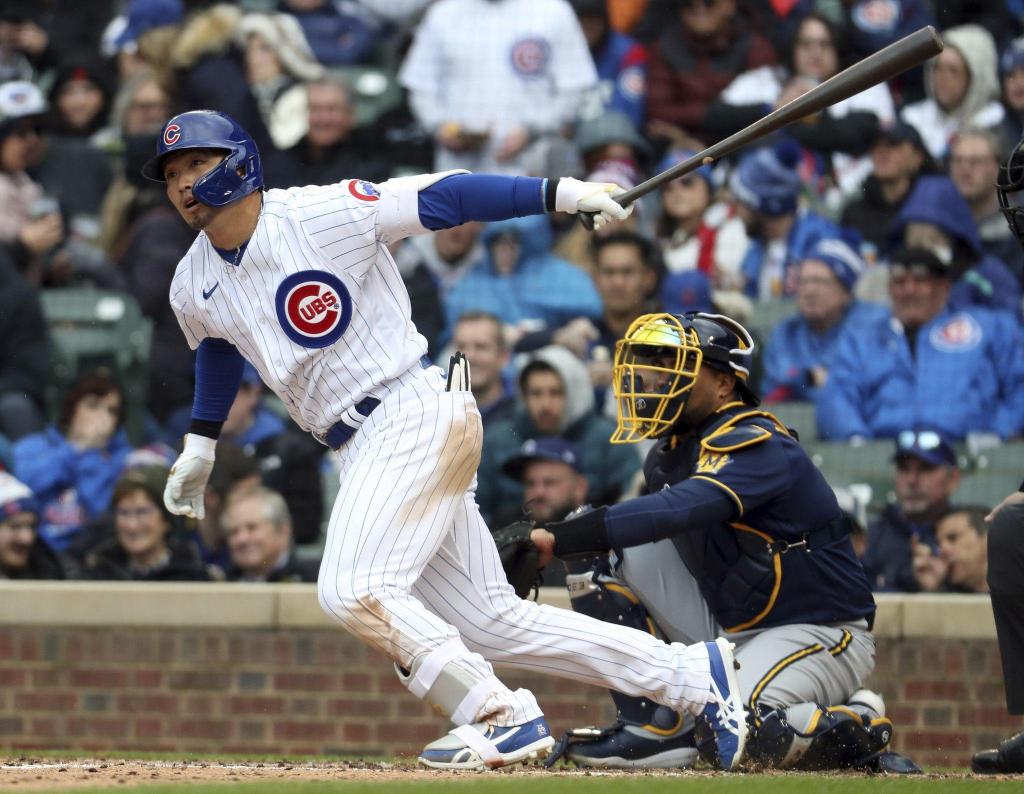 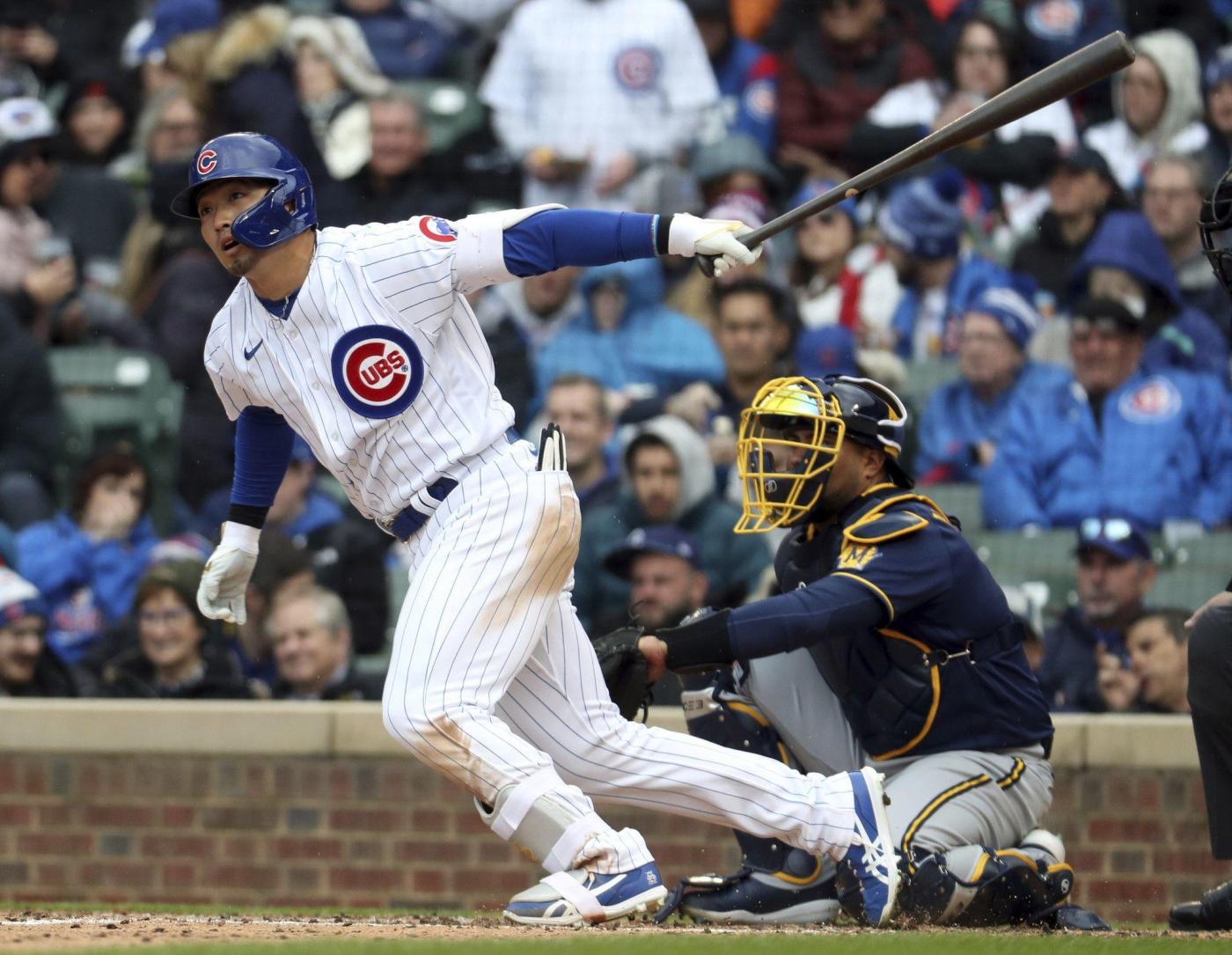 The Chicago Cubs ended their first road trip on a high note, holding on Sunday against the Colorado Rockies to finish .500 on the six-game trip.

From a productive offense to Seiya Suzuki staying hot to begin his career, here are three takeaways from the trip to Pittsburgh and Denver.

One of the most encouraging early trends for the Cubs offense is its ability to drive the ball.

The Cubs kept rolling in Denver. Their 17 doubles in the four-game series was their most in a series since hitting 19 in a three-game set against the St. Louis Cardinals on July 12-13, 1931.

“We don’t make it easy on the opposing pitcher,” second baseman Nick Madrigal said. “We work counts. We hit mistakes in the middle of the plate. This lineup really does scrap together some good at-bats every single day.”

Third baseman Patrick Wisdom hit another double Sunday, giving him five over a three-game stretch, while shortstop Nico Hoerner had a two-double game and Madrigal tallied his second of the season.

The Cubs’ 24 doubles through Sunday are tied with the Philadelphia Phillies for the most in the majors. While more balls in play also has yielded the most double-play balls in the majors, the Cubs are getting good production when getting elevation and taking advantage of mistakes.

“Line to line it feels like we’re taking good at-bats,” manager David Ross said. “Just complete usage of the strike zone and to all fields means really good approaches and staying within themselves. I’ve been really pleased with that. Guys are attentive and turn it over to the next guy and understand the offense runs as a flow and they’re willing to turn it over to the guy behind them if they’re not getting their pitches.”

2. Playing-time balance at catcher should pay off in the summer.

For the first time, catchers Willson Contreras and Yan Gomes were both in the lineup for Sunday’s series finale against the Rockies. Contreras was the designated hitter, also a first this year. Ross wanted them to start with Rockies left-hander Austin Gomber on the mound.

The Cubs made it a priority heading into the offseason to make sure Contreras didn’t repeat the heavy workload he took on behind the plate in 2021. Gomes’ experience and offensive profile made him the ideal fit as a free-agent signing.

Ross said it has been easy finding a playing-time balance for the catchers. Contreras has been the primary catcher, but Ross has found opportunities to mix in Gomes, who has started at catcher in three of the first nine games.

“Yan dove in, found his groove, got to know guys, how we do things, very communicative,” Ross said Sunday. “They both can really hit, so it’s nice to have those core tandem catching guys. It’s always nice to have two good ones.”

In addition to making sure players are getting days off early in the season because of the shortened spring training, Gomes’ presence should pay dividends for Contreras during the summer. The Cubs thought Contreras wore down by the end of last season.

Ross believes he already is seeing an impact. Contreras has been hitting the ball hard, resulting in two multihit games on the road trip and a home run Sunday.

When the grind of summer hits, a fresher Contreras could make a big difference offensively.

“His work, his engagement throughout a game with the pitching staff and the at-bats has really stood out so far to me and the way he’s running the bases,” Ross said. “I think he’ll be able to give us that little bit extra intensity now and not feel like he’s got to conserve so much. That should pay off in the long run.”

Suzuki’s nine years in Nippon Professional Baseball doesn’t erase his major-league rookie status. His performance, however, is forcing teams to treat the Japanese star like the threat he has become in the batter’s box through his first nine games.

The Rockies intentionally walked Suzuki to load the bases with one out in the fifth Sunday. It was the second time Rockies manager Bud Black chose that route during the four-game series, making Suzuki the only player in the majors with more than one intentional walk.

The decision didn’t pan out as the Rockies envisioned Sunday. Gomes delivered an RBI single to extend the Cubs’ lead to 5-0.

“The bases get loaded, so it creates a bigger chance for the team and that’s the most important thing,” Suzuki said through interpreter Toy Matsushita.

Suzuki quickly showed why the Rockies respect his bat. In his next plate appearance, he slugged a 1-1 fastball for an opposite-field home run.

The 382-foot homer extended Suzuki’s hitting streak to eight games. It’s the second-longest to begin a career for a Japanese-born player, trailing only Akinori Iwamura’s nine consecutive in 2007 with the Tampa Bay Rays.

“In terms of how I feel about my results, I don’t really feel anything — I just want to stay conscious and just hoping to get those results every day,” Suzuki said.