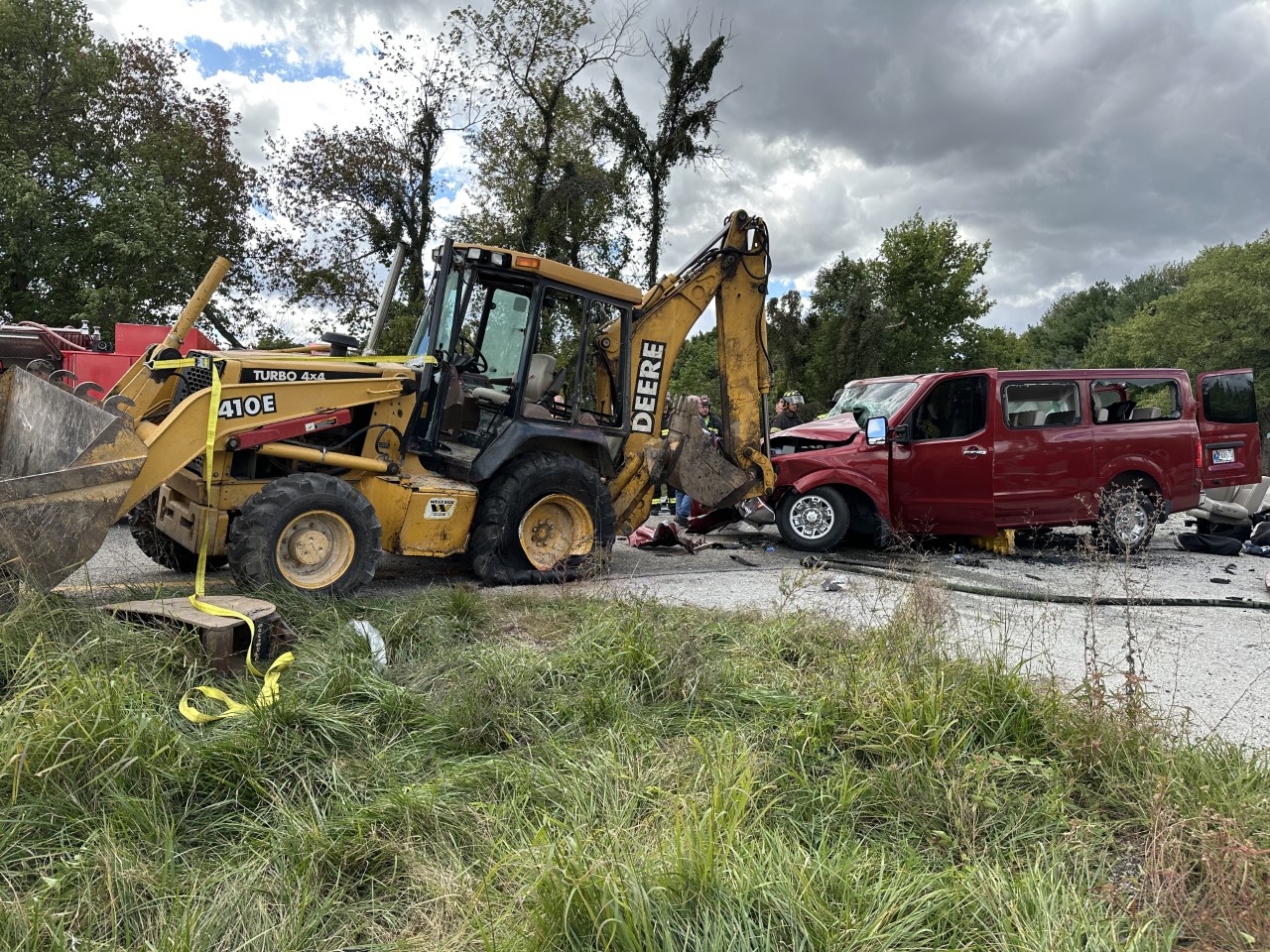 BOONE COUNTY, Ind. — Three people, including two teens, were injured during a Tuesday afternoon crash involving a van and a backhoe in Boone County.

The Boone County Sheriff’s Office said a 911 call came in about 4 p.m.. of a vehicle accident with entrapment on US 52 at the intersection of County Road 650 North.

A Thorntown Sugar Creek Township firefighter was near the crash, and was able to get everyone out and began first aid.

The driver of the backhoe, 80-year-old Edward Shelley of Thorntown, was taken to the hospital with serious injuries.

The van contained six volleyball players from Lafayette going to a Sports Complex in Plainfield to play in a league game. The players are home schooled.

According to the sheriff’s office the preliminary investigation shows that the backhoe was crossing US 52 when it was struck by the southbound van.

The intersection was closed for several hours as the Boone County Sheriff’s Office FACT team responded and investigated the crash.

The crash is still under investigation and no drugs or alcohol are believed to be involved.