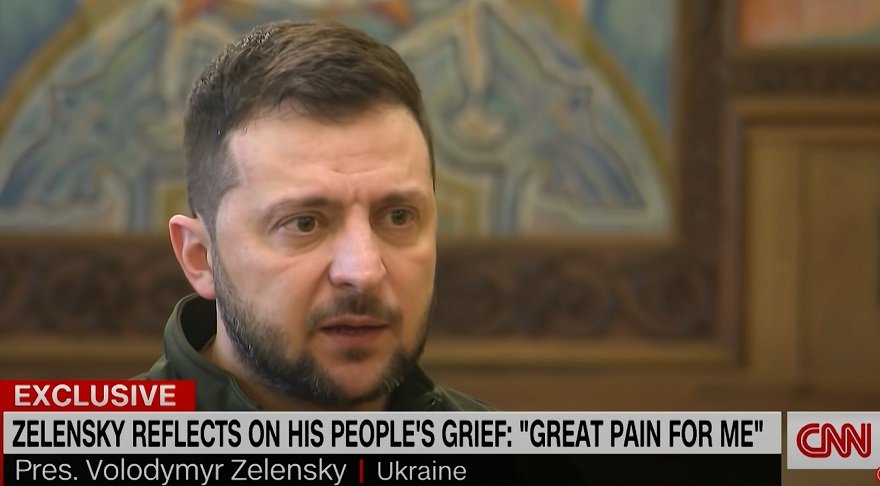 Ukrainian President Volodymyr Zelenskyy is warning that “all of the countries of the world” should begin preparing for nuclear war with Russia.

In a preview for an interview with CNN’s Jake Tapper, Zelenskyy said that people should not be afraid of nuclear war — just ready.

On Thursday, CIA Director Bill Burns said that the CIA is watching the possibility of Russia using nukes “very intently,” but emphasized that the US has not yet seen any signs that Russia is preparing to take such a step, per CNN.

“The director of the CIA warned that he’s worried Putin might use a tactical nuclear weapon in this fight. Are you worried?” Tapper asked.

“Not only me, I think all over the world, all the countries have to be worried,” Zelensky responded. “Because, you know that it kind of be not real information, but it can be the truth because when they began to speak about one or another battles or involves enemies, or nuclear weapon, or some chemical, you know, issues, chemical weapons, they should do.”

“They could– I mean, they can. For them, life of the people is nothing,” he added. “That’s why we should think, not be afraid. I mean, that not be afraid, be ready. But that is not the question for to Ukraine, and not only for the Ukraine, for all over the world, I think so.”

In March, Zelenskyy taunted the West for being “afraid” of Moscow, in a bid to get fighter jets.

“I’ve talked to the defenders of Mariupol today. I’m in constant contact with them. Their determination, heroism and firmness are astonishing,” Zelenskyy said in a video early Sunday. “If only those who have been thinking for 31 days on how to hand over dozens of jets and tanks had 1% of their courage.”

Ukrainian President Volodymyr Zelenskiy demanded more military hardware, including tanks and planes, from the West, and questioned whether NATO is intimidated by Moscow https://t.co/opjIqmmmhW pic.twitter.com/6RB28014Mq

“So, who is in charge of the Euro-Atlantic community? Is it still Moscow, thanks to its scare tactics?” Zelenskyy continued. “Our partners must step up their aid to Ukraine.”

Is it just me, or does Zelensky seem to be making a lot of demands on the west? What do we owe him, exactly? https://t.co/Dirau8qI1c

Apparently, it is extreme cowardice not to run into WWIII for a foreign nation.

“This should be known as soon as possible by as many people on earth as possible so that everyone understands who and why was simply afraid to prevent this tragedy. Afraid to simply make a decision,” Zelenskyy said.