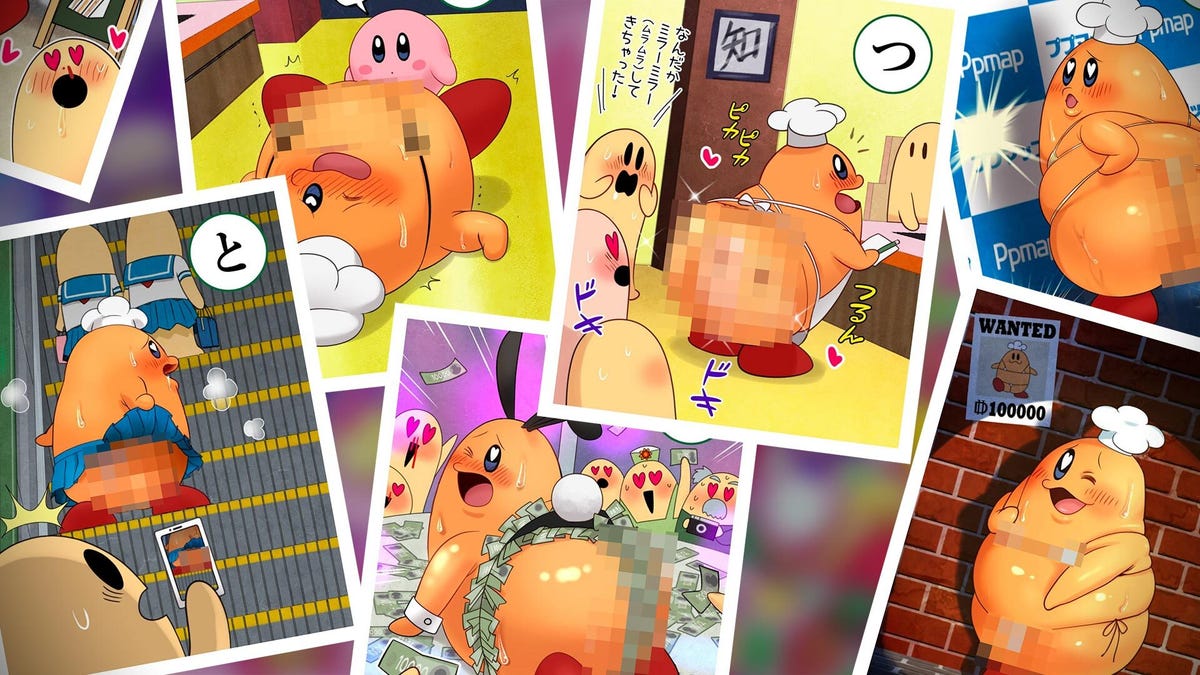 Haven’t you always wanted to play a card game featuring Kirby’s Chef Kawasaki wearing a series of microscopic bikinis? Me neither, but for a brief shining window this month, you theoretically could thanks to a Japanese fan creating an M-rated card game that delivered exactly that. But that’s all in the past as Kirby rights-holder HAL Laboratory has done what IP holders are wont to do, and asked for distribution to cease.

As reported by Automaton Media, Chef Kawasaki’s Microbikini Karuta is a fan-made, physical card game inspired by a wave of memes that outfit the jumbo chef in a tight-fitting two-piece bathing suit. Created by artist Haru Uchida, the game was for sale on Booth.pm, the Japanese online marketplace for independent creators. A low price point apparently helped it sell out shortly before HAL Laboratory caught wind of what was going on and served notice to the creator. As such, they’ve yanked the game from Booth and won’t be distributing it digitally, according to the game’s Twitter account.

[Notice] We have just received a notice from [HAL] Research Institute Co., Ltd. that they will withdraw the exhibition of [Cook] Kawasaki Micro Bikini Karuta (booklet version/DL version), so we will stop distribution! Thank you to everyone who enjoyed it. And, HAL Laboratory, I’m really sorry for the inconvenience!

The game’s Booth site now sits empty, save a profile and banner image with some Kawasaki micro-bikini art.

While the game’s no longer for sale, much of the art still remains on the game’s Twitter account. Suffice it to say it’s largely NSFW, but here’s one of the tamer ones:

Given that the printed version of this sold out pretty quickly, there will at least be some physical record of this game that exists for some time. Something of a collector’s item, I suppose.