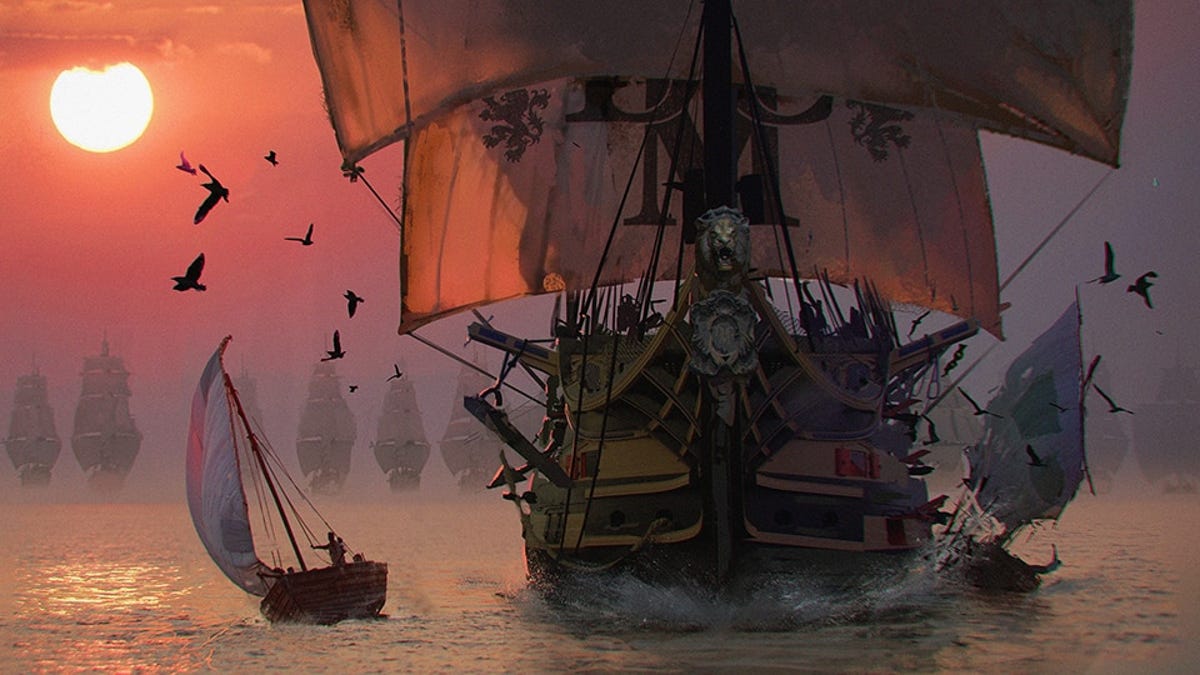 Ubisoft faces another massive delay. Earlier this year it was Avatar: Frontiers of Pandora. Now it’s Skull and Bones, the Assassin’s Creed publisher’s only major fall blockbuster. Previously set to come out in November, two sources familiar with the game’s development now tell Kotaku it’s been delayed again. Ubisoft confirmed as much shortly after publication, announcing a new release date of March 9, 2023.

The reason for the latest delay isn’t entirely clear, but it comes less than a month after the game was shown at Ubisoft Forward, the company’s big 2022 gaming showcase. Kotaku understands that Skull and Bones’ latest technical test ended on September 19. According to one source who was involved, the gameplay was more refined than in previous tests, but overall player progression still seemed shallow. That’s also been a concern shared by multiple sources involved in the game’s development.

Here’s what Ubisoft wrote in its official announcement on Wednesday:

Ahoy there, privateers. Our team is hard at work polishing and balancing the experience ahead of the worldwide launch. As a result, we’ve made the tough decision to move our release date to March 9, 2023. We’re very eager for you all to get your hands on Skull and Bones and dive in headfirst to the dangerous and exciting world of building your own pirate empire. To give you the best possible experience we’ve decided to take a little more time to make sure we can deliver exactly that.

For the most eager of you, we are also very happy to announce that we will hold an open beta of the game in the near future. We’ll share more news on how you can sign up to register soon, so keep your spyglasses trained on our social media for more news and announcements.

Read More: The Best And Worst Parts Of Every Assassin’s Creed Game

Originally announced in 2017 as a session-based multiplayer ship battler, Skull and Bones disappeared after 2018 and was subsequently delayed several times as the game was rebooted and retooled to focus more on crafting and survival sim elements in the vein of games like Rust. When Skull and Bones was officially re-revealed earlier this year, footage focused on players completing missions to rank up their reputation, unlock new crafting blueprints, and then collect the materials required to build the stuff.

Missing was any land combat or a clear sense of what the game’s story would be. The graphics also weren’t as impressive as some expected, especially for Ubisoft’s first $70 release and a game that’s ditching PS4 and Xbox One. According to one former developer, part of the issue is the need to keep the game’s ocean constantly loaded, leaving fewer resources for higher-fidelity cutscenes and other visual flourishes.

As Kotaku reported back in 2021, Skull and Bones grew out of a concept for an Assassin’s Creed IV: Black Flag expansion. However, Ubisoft Singapore, the studio charged with leading the project, had never built a game of that scale before and struggled to hone in on a clear and feasible scope. Development issues were seemingly compounded by political in-fighting among team leads, conflicting directives from Ubisoft HQ, and a toxic studio leader. Some staff there also alledged instances of sexual harassment that management failed to address, and inequal pay between French expatriates and local developers.

While Ubisoft eventually installed a new studio director and shuffled the old one back to its Paris office, and claimed a markedly improved workplace culture, Skull and Bones has continued to struggle. Some current and former Ubisoft developers speculated the game would have been canceled long ago if not for the hundreds of millions spent and a contract with the Singapore government to eventually ship the game in return for generous tax subsidies.

Ubisoft is also long overdue for a big release. If Skull and Bones drops out of an already anemic year entirely, the publisher will be left with Just Dance 2022 and Mario + Rabbids Sparks of Hope as its only major holiday releases. To help fill the gap, Ubisoft had hoped to release Assassin’s Creed Mirage, the Assassin’s Creed Valhalla expansion-turned-standalone-game, but that was also delayed. Currently, the only Ubisoft game with a firm 2023 release date is Valiant Hearts 2.

Ubisoft did not immediately respond to a request for comment.

US revises up last quarter’s economic growth to 2.9% rate