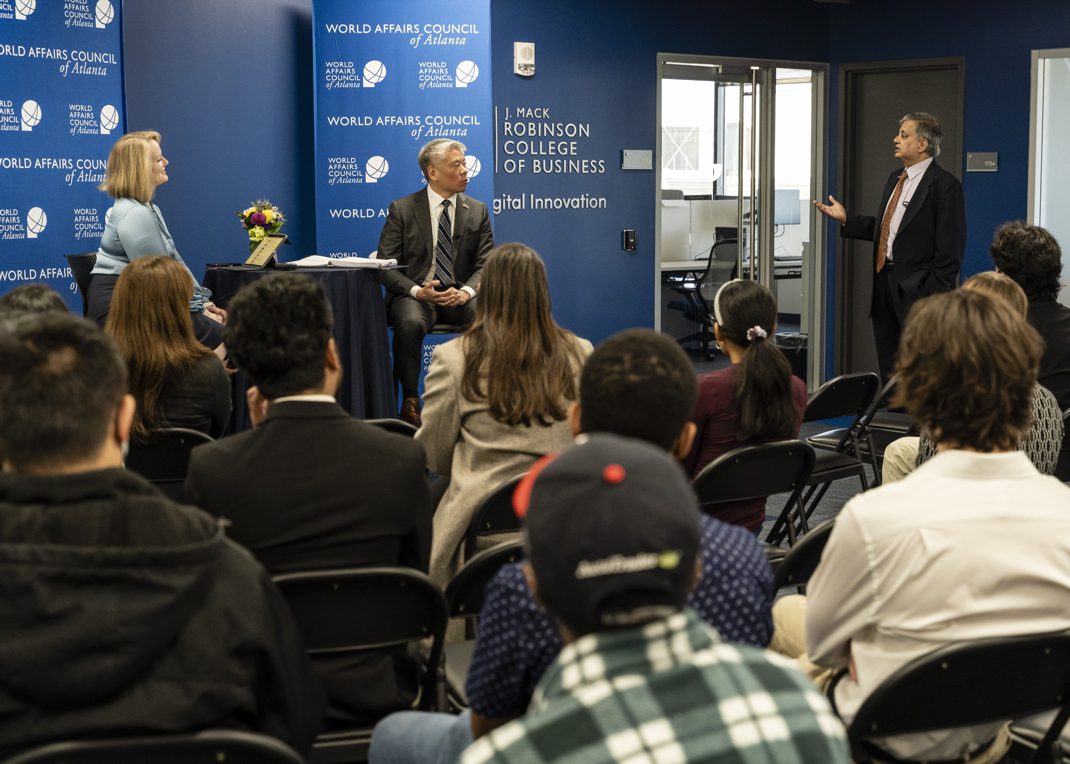 ATLANTA – John K. Tien, Deputy Secretary of the U.S. Department of Homeland Security (DHS), met with Georgia State University students and faculty April 8 during a visit to Atlanta arranged by the World Affairs Council of Atlanta.

The invitation-only, off-the-record conversation was attended by members of Georgia State’s cybersecurity, fintech, and military-connected communities, including researchers, students, and administrators from the university administration, the J. Mack Robinson College of Business, the Andrew Young School of Policy Studies, the College of Arts & Sciences, the Georgia Fintech Academy and the Military Outreach Center.

Georgia State is engaged in multiple initiatives to address the growing need for a highly-skilled national cybersecurity workforce and to prevent the development and progression of cybercrimes, including through its Evidence-Based Cybersecurity Research Group, as part of the National Science Foundation’s CyberCorps® Scholarship for Service program, and as National Centers of Academic Excellence for Cyber Defense Research and Cyber Defense Education designated by the National Security Agency and DHS.

Tien was sworn in as Deputy Secretary of DHS in June 2021. Prior to becoming the Deputy Secretary of Homeland Security, Tien spent ten years serving in senior executive roles in the critical infrastructure financial services sector as a managing director at Citigroup. He previously served in the Obama, George W. Bush, and Clinton administrations. He is an alumnus of the U.S. Military Academy who retired as a colonel.

The World Affairs Council of Atlanta is a nonpartisan, membership, grant-supported organization affiliated with Georgia State University and the Robinson College of Business. Its mission is to provide a forum for informed discussion of the global affairs that impact Metro Atlanta and support the city’s transformation into an international economic hub.