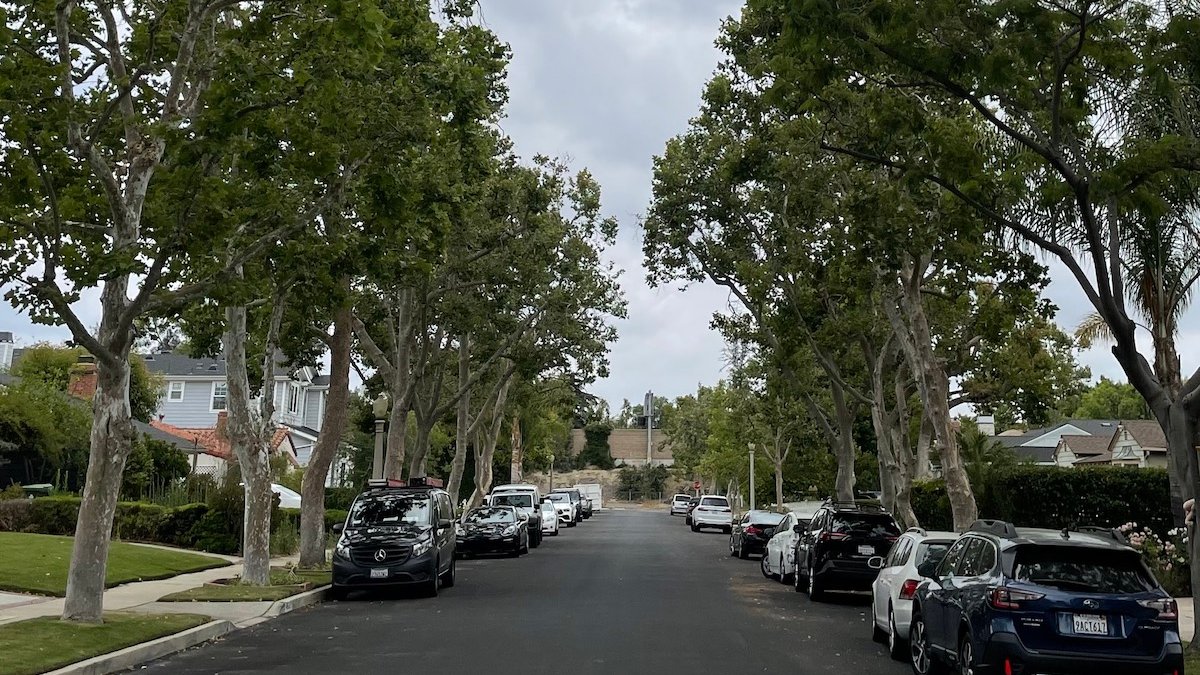 But there’s an important exception to the rule in place to reduce water use during the region’s dry spell.

Mayor Eric Garcetti said Friday that the water restrictions do not apply to tree watering. The mayor said the region needs its trees to keep things from getting worse.

Trees can capture stormwater, improve water quality and reduce flood risk, along with helping air quality and the impacts of heat waves.

Nearly 60 percent of California is in extreme drought, the second-most severe category in the weekly US Drought Monitor report. That includes a large swath of northern Los Angeles County. Ninety-five percent of the state is in severe drought.

“Even here in Los Angeles, one of the true conservation capitals of the world, we need to continue to take advantage of the tools at our disposal that will help us get through drought,” Garcetti said. “We need to conserve now more than ever, and watering our trees is a critical part of our work to become a more sustainable and drought resilient state.”

Under the conservation measures announced by Garcetti on May 10, outdoor watering will be restricted to two days per week, down from the current three, with watering permitted at odd-numbered street addresses on Mondays and Fridays, and at even-numbered addresses on Thursdays and Sundays.

California recorded its driest first three months of the year on record to start 2022. The dry stretch followed a promising December when storms drenched parts of the state and brought snow to the Sierra Nevada Mountains, California’s natural water reservoir.

“Drought is worsening throughout the West,” Crowfoot said. “Climate-driven water extremes are part of our reality now. We need to act now

to save water, even as we invest to become more resilient to this new normal. Watering less outdoors — while taking care to prioritize our urban trees — is a step we can all easily take.”

The two-day watering restrictions will be enforced by the Conservation Response Unit, which will focus on areas that are using the most water, according to DWP General Manager and Chief Engineer Marty Adams. He said when the restrictions were announced that the department will re-assign employees to ensure coverage in all areas of the city, and might bring on additional personnel during the summer.

Garcetti also said the water restrictions’ enforcement will begin with education for people who are violating the ordinance, but it will escalate with fines and tickets if needed.

The Metropolitan Water District of Southern California declared an unprecedented water shortage emergency. The agency is limiting outdoor watering to one day per week in some Southern California counties — affecting about 6 million residents — after the state’s driest January, February and March on record.

The LADWP opted not to limit outdoor watering to one day per week, unlike other local agencies within the MWD. The LADWP will instead focus on staying at or below a monthly allocation based on volume measurements.