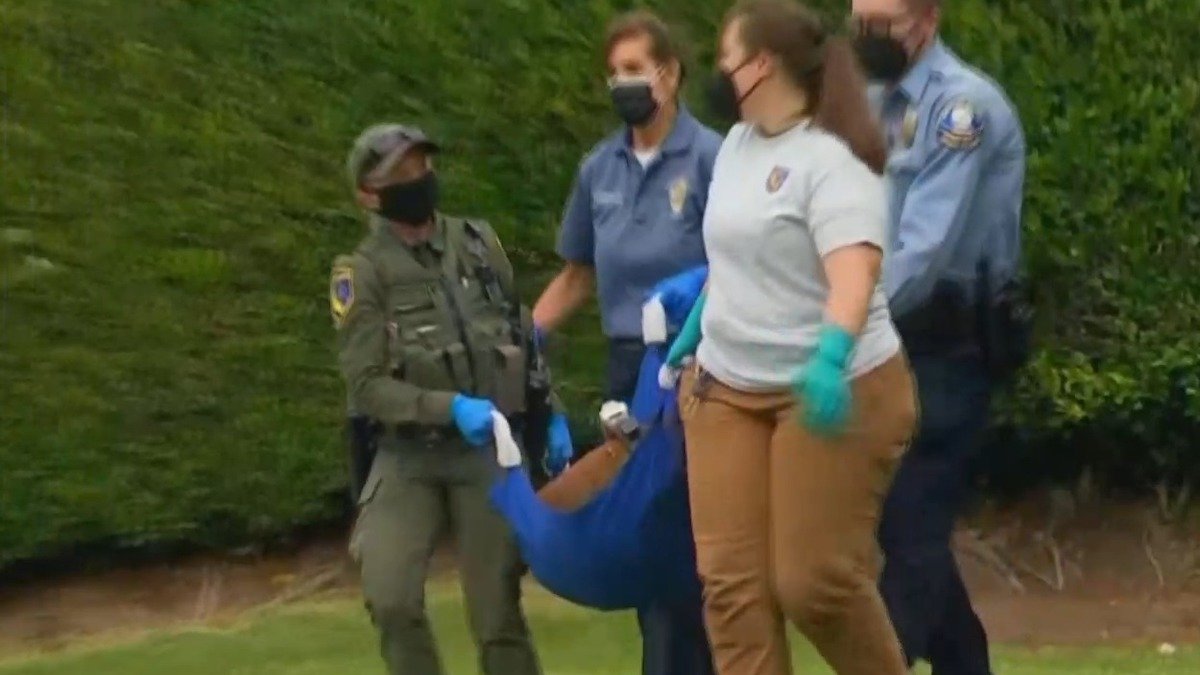 A mountain lion was captured, tranquilized and relocated back into the wild Friday after it wandered into a Newport Beach neighborhood.

Authorities said the big cat is likely the same one seen earlier this month in Laguna Beach.

The lion was spotted in the Port Streets neighborhood near Andersen Elementary School, according to Newport Beach police. It was in the side-yard of a home on Part Cardigan when it was tranquilized by a California Department of Fish and Wildlife biologist.

“I looked in the back yard and saw a tree rustle,” said homeowner Christy Labarthe. “Lo and behold, a mountain lion’s in my back yard. The dogs are barking, trying to get outside.”

After it was hit with the tranquilizer dart, the lion ran to a backyard on Port Albans and, eventually, went to sleep when the drug took effect. Fish and Wildlife workers removed the cat and loaded it on a truck to be relocated.

A school was put on alert while authorities searched.

The big cat appears to be M317, a collared mountain lion that was seen in Laguna Beach earlier this month and at an Irvine shopping center in late March. The lion is one being tracked by a UC Davis research group.

Drones were used to aid in the search. Officials said they believe the recent Coastal Fire in Laguna Niguel may have pushed some wildlife from their natural habitats into the urban areas. The fire burned several homes after climbing a canyon wall.

There are about 4,000 to 6,000 mountain lions in California, but wildlife officials call that a crude estimate without an ongoing statewide study. More than half of the state is considered prime habitat for the big cats, which can be found wherever deer are present.

The California Department of Fish and Wildlife receives hundreds of mountain lion sighting reports each year. Few result in mountain lions being identified as posing an imminent threat to public safety, the department said. Mountain lion attacks on humans are extremely rare and their nature is to avoid humans.

Here’s a full list of recommendations from the California Department of Fish and Wildlife of what to do during a mountain lion encounter: