What Year Is It? New Age Meets Days of Yore in This East Texas Hotel and Spa. – Texas Monthly 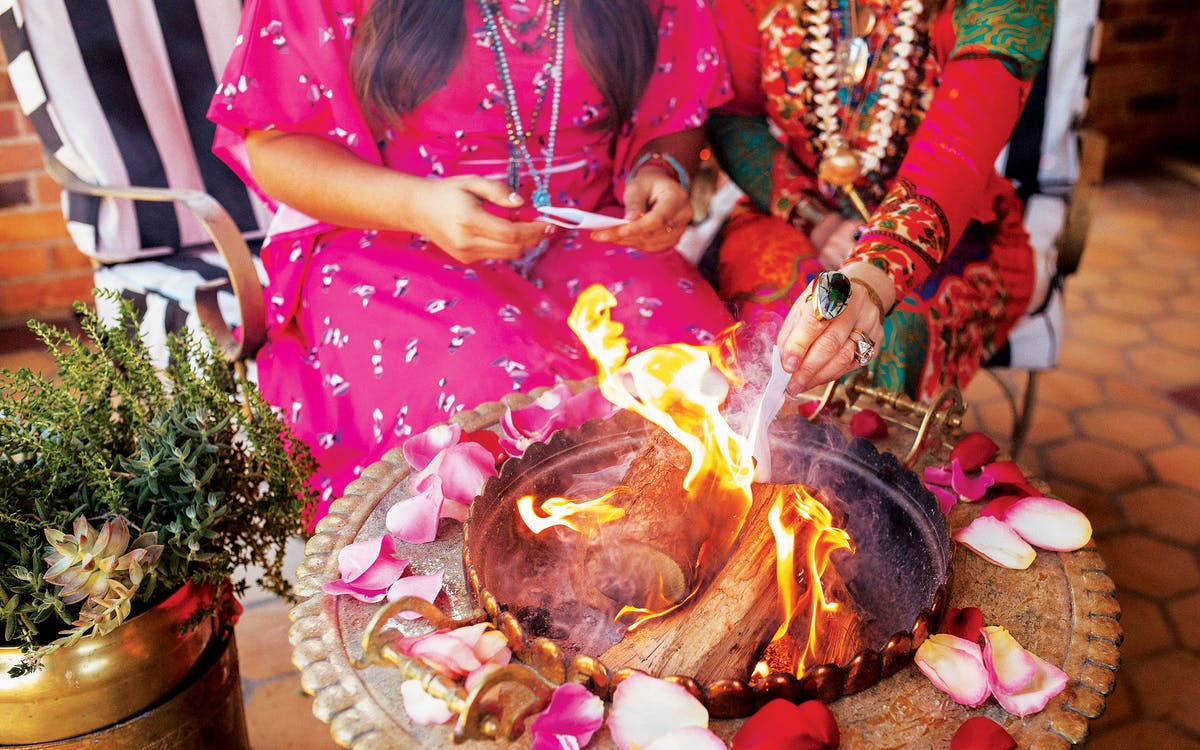 Hearing the Sound of Music soundtrack being played throughout a 1932 three-story Tudor-style home as I unpacked my bag in Jacksonville was hardly the strangest moment of my stay at the Hotel Ritual + Wellness Center, though I suspect the luxury spa’s ambience is unlike anything else in East Texas. As I came to learn, the music selection offered me a suitably idiosyncratic greeting. Where else are you encouraged to ring a bell to summon a 21-year-old man, who dresses only in clothes from the early 1900s, so that he may play a song for you on a piano tuned to 432 hertz, said to be “a harmonic of the earth’s frequency”? What other spa sets out “aura goggles” near the fireplace so you can get cozy while observing your friends’ energy fields, or offers a burning bowl ceremony—meant to help clients let go of negative memories, thoughts, and feelings?

I hadn’t anticipated the number of peculiarities, which is saying something, since I came here to try new-to-me Reiki energy and Shirodhara Ayurvedic oil treatments. Jacksonville, a town of 12,000 that’s 27 miles south of Tyler, wasn’t the most obvious setting for such indulgences—though perhaps the house itself was. “My whole life growing up [in Jacksonville] I saw this place, and it was very mysterious. The gates would be closed,” said the proprietor, 46-year-old Whitney Graham Carter, who bought the home in August 2018 and opened the spa that December.

The property has become only more eccentric under her care. After I checked in and settled into one of the bedrooms, a Reiki therapist named Tori escorted me down cement stairs adorned with fresh rose petals. In a gold-painted basement room, I was encouraged to lie down and relax for the next hour while Tori set crystals along my chakras and did her thing, waving her arms over my body in an effort to increase my energy flow. When she finished up, cleansing the air with burning sage, I had lost all sense of time.

This was for the best, since, when I returned aboveground, I was no longer living in 2022. As I was spacing out in the wood-paneled living room filled with vintage furniture and books such as Divination Dictionary, Carter’s assistant, Parker Edmondson, entered wearing a straw boater and a light blue pin-striped suit. “Do you want to hear some piano?” he inquired of me and a couple who were sipping tea on the couch. After we all nodded politely, he played and sang a popular 1941 song called “I’ll Be With You in Apple Blossom Time” and a few other tunes he’d either written or adapted in a post-ragtime, stride-jazz piano style. Then he asked if he could drive us to dinner at the downtown sister property, a luncheonette and bar called Ritual, in his 1928 Durant. “The brakes may take a minute to warm up,” he said as he approached a stop sign, and I steeled myself for a few syncopated convulsions. At this point, I didn’t care if the ride was smooth; I wouldn’t have been surprised if the car led us into another dimension.

We parked in front of the restaurant—intact. As my waiter, Tori, recited the specials, Carter approached. (Full disclosure: though I didn’t realize it when I made the Hotel Ritual reservations, Carter worked in the Texas Monthly sales office from 1999 to 2003.) While I drank a Blackberry Jam—gin with rosemary and blackberries—and ate a Wagyu steak burger, Carter revealed her larger scheme: to make Jacksonville the Marfa of East Texas. And her plans were no secret. Carter asked the singer-songwriter playing in the corner to take a break so she could make an announcement to the packed room of locals. Then, into the microphone, she told an enthusiastic crowd that she hoped to bring art and music back to town, the way it was when Jacksonville was on the touring circuit, in the mid-century. “Lots of folks moved away, and now they see they can move back,” she said. “They’re tired of the hustle and bustle.”

The next morning in the vintage-furnished breakfast room, as the concierge passed out salads and slices of bacon-and-Swiss quiche, Carter continued describing her master plan. Apparently, I’d left the restaurant too early to catch a brief visit from country singer and Jacksonville native Lee Ann Womack, who’d just bought a property down the street from Ritual—evidence, Carter said, of the town’s resurgence. “People told me what I’m doing would never work here,” Carter said. Others had tried to operate boutique hotels and failed. But after a “fancy shave ice” shop she’d opened downtown in 2012 proved successful, she didn’t stop. She launched the restaurant in December 2017. When she started the spa a year later, she was booked every weekend, and now weekday bookings are picking up as well. Carter said about half of her clients drive in from major Texas and other Southern cities, while the other half arrive from outside the country.

I asked if she encountered neighbors who are against change, especially a transformation that would make Jacksonville the next small-town destination, like Marfa. “I’m sure some people think that, but it’s either that or we die,” she said. “Which one do you want?” Later, I would bask in the sauna, jump into the pool, and try a Shirodhara treatment, an Ayurvedic practice hailing from India. But first, Carter took me on a tour of the house to show me her preparations for new spa additions. “This is the lower cavern,” she said as we turned into a room in the basement that had previously been servant’s quarters. “In here, we’re going to have a salt cave that starts with an education on frequency and vibration.” She walked over to a hallway lined with mirrors. “And here we’re going to do the aura photography.” Up on the first floor, she pointed toward a pink-tiled bathroom, for which she has ordered flamingo wallpaper.

“The whole thing is set up kind of like Solomon’s Temple, in a way,” she said. Taking a set of stairs, which felt like something out of an M. C. Escher drawing, past the bedrooms, she pointed out secret rooms in the walls. We climbed to the attic, where a square hole in the ceiling had been plugged above a large table that had to have been built inside the room.

Carter wondered aloud if some kind of moon ceremony had taken place there. If it hadn’t, I figured, she would probably find some way to work it into future plans. Whether or not her plans for Jacksonville come to fruition, she’s providing a service in East Texas that is all too often underrated: surprise.

A version of this article originally appeared in the May 2022 issue of Texas Monthly with the headline “Two More to Try.” Subscribe today.