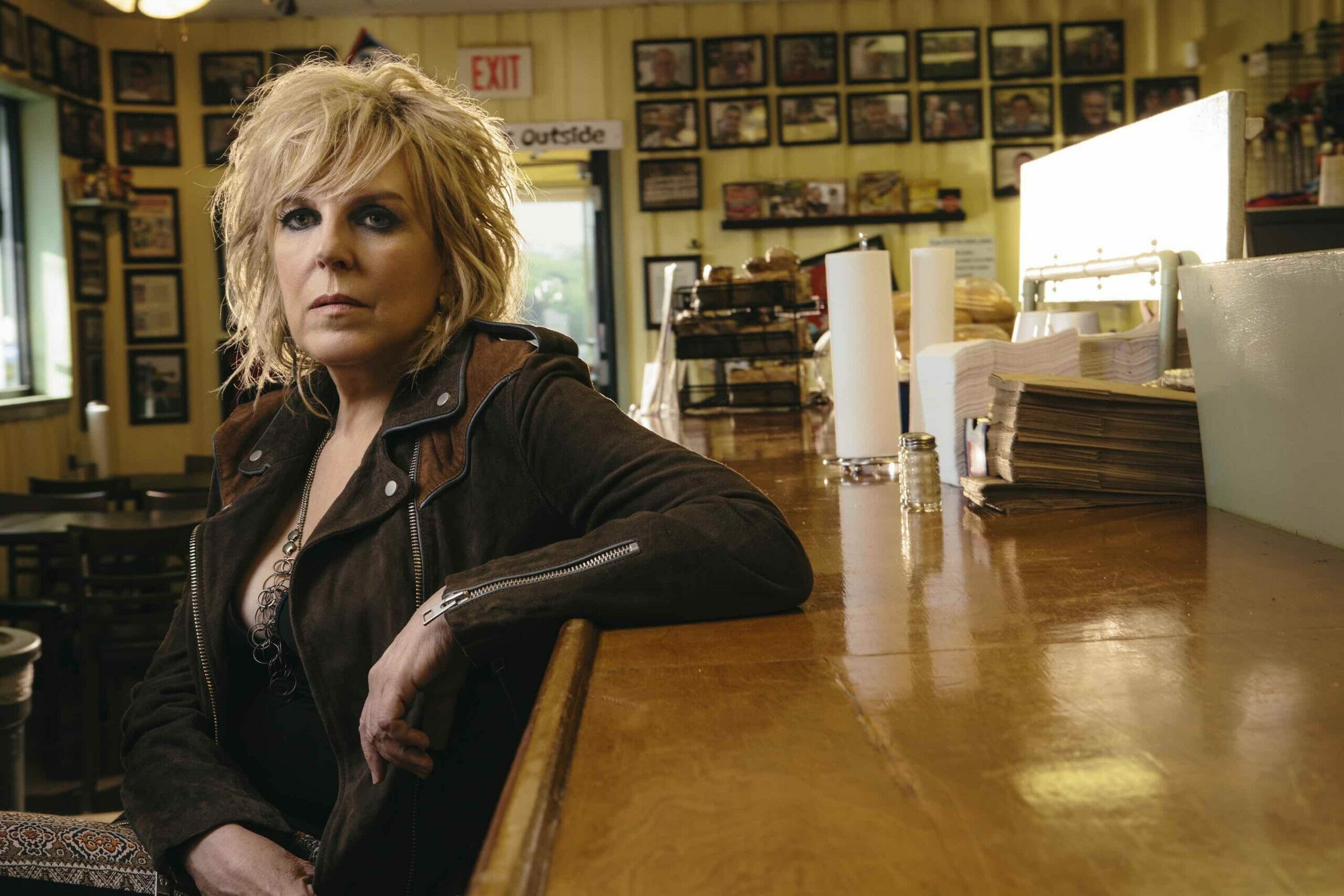 R.E.M. bassist Mike Mills and esteemed classical violinist Robert McDuffie join forces with the Atlanta Symphony Orchestra to perform Mills’ Concerto For Violin, Rock Band and String Orchestra Friday and Saturday at 8 p.m. The evening will also feature the world premiere of R.E.M. Explored, 10 of the band’s songs arranged for full orchestra by Carl Marsh and David Mallamud. Mills told ArtsATL that he’s yet to hear the new work with an orchestra. “I’m pretty sure it’s going to be great,” he said. “But it is a little bit of the unknown. It’s the first symphonic version of this stuff, so it’s going to be a new journey and I’m real excited for the audience to come take it with us.” Tickets start at $39.50.

Lucinda Williams (above) comes to the City Winery for a four-night residency Monday, Tuesday, Thursday and Friday. Williams just celebrated the 20th anniversary of her trademark album, Car Wheels On A Gravel Road, and released the politically charged Good Souls Better Angels in 2020. Over the course of a career that includes 14 albums, she has cemented her status as one of the best singer-songwriters of her generation. She is the daughter of poet Miller Williams and lived part of her childhood in Macon, a time that inspired the title track of her Car Wheels album. Shows are at 8 p.m. Tickets start at $75.

The Decatur Book Festival returns Friday with 16 panels of authors. The sold-out keynote address by former White House photographer Pete Souza, has been canceled. Souza has tested positive for Covid and is unable to travel. His talk, where he will discuss his new book, The West Wing And Beyond, will be rescheduled for a later date (be sure to check out Souza’s illuminating interview with ArtsATL writer Gail O’Neill). The festival will host authors on Saturday, including former television news anchor John Pruitt, Atlanta Journal-Constitution editorial cartoonist Mike Luckovich, AJC writer Ernie Suggs, Vanessa Riley, Carmen Deedy and others. There will be panels on travel, graphic novels, children’s books, social justice and historical fiction. The festival, presented in partnership with Emory University, started in 2006 and has grown into one of the largest independent book festivals in the country. Free. 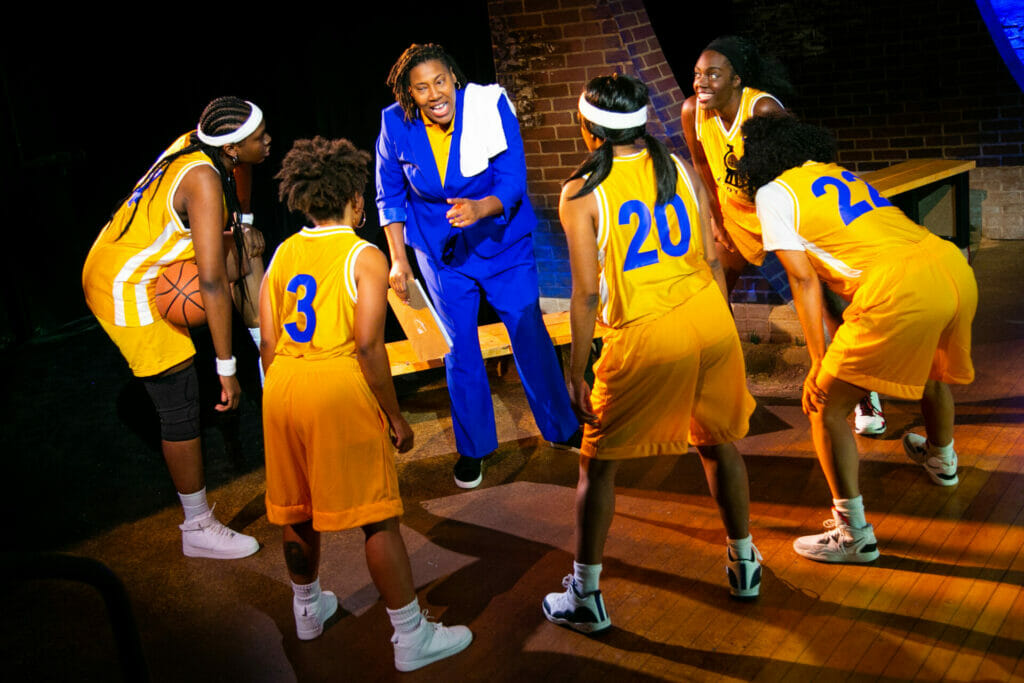 Don’t miss the last weekend of Flex at Theatrical Outfit, which ArtsATL critic Alexis Hauk lauds as having complex characters, actors who render nuances and a poignant and realistic storyline from playwright Candrice Jones. Aminah Williams plays the role of April, the character with the toughest choice to make, with “electric desperation that gives the play its highest stakes,” while the lighting and projection design by Bradley Bergeron “serves up splashes of bright color on the walls and evokes the recognizable palette of the era.” Tickets start at $45. Discounts for seniors and students.

Haven’t had the opportunity yet to enjoy Out on Film, Atlanta’s LGBTQ+ independent film festival? You still have time; events continue through Sunday at Out Front Theatre. Get in the mood for spooky season on Friday with an 11 p.m. showing of “Things That Go Bump in the Night,” a short horror film collection. Then, on Saturday, watch the presentation of the Icon Award to Emmy winner Coleman Domingo. And Sunday, you’ll want to see Chrissy Judy, the festival’s final centerpiece, reviewed by ArtsATL critic Steve Murray. Tickets $12 each event.

The Georgia Latino International Film Festival is kicking off tonight at the Lawrenceville Arts Center’s Aurora Theatre, with events through Sunday. Enjoy a variety of films by filmmakers from Latin America, Spain and the United States, plus surprise guests and directors, while you support the Georgia Latino Film Alliance’s education programs in Gwinnett County. Read ArtsATL writer Carol Badaracco Padgett’s preview of the festival on Friday to learn more about Founder Jose Marquez and centerpiece film De Vuelta a Casa, directed by Darius Stevens Wilhere. Tickets range from $15 for in-person screenings to $150 for the opening night gala.

Have you heard the buzz? It’s the first of its kind, it’s huge and it’s all over town: It’s Atlanta Art Week. The event runs Thursday through Sunday (well, that’s almost a week) and features opening receptions, artist talks, lectures, panel discussions and guided tours. Check out the tour of The Coca-Cola Company art collection (Friday only), the opening receptions tonight at Marcia Wood Gallery, Mason Fine Art and September Gray Fine Art, and a talk and performance by artist Kevin Cole at MoCA GA on Friday. On Saturday, there’s a panel discussion titled “Global Trends in the Atlanta Art Market” and much more. So put on those comfortable shoes (or your reception finery) and take it all in.

Ever wonder what goes on under the city’s streets? It’s more interesting than you might imagine. With Emergence, artist Rachel Parish presents a series of temporary monuments to the four springheads that lie directly beneath Downtown Atlanta and feed the region’s vital, life-sustaining rivers and creeks. Emergence will feature sound and sculptural installations at the above-ground sites of these springheads. Friday through Sunday at various locations. Part of this year’s ELEVATE festival. 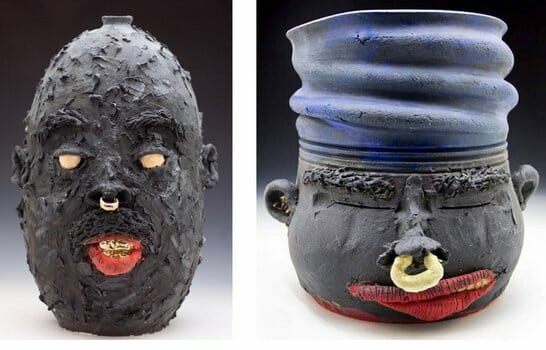 Another UTA Artist Space pop-up exhibit opens Friday at Pullman Yards. James Bester is known for his ceramic works influenced by the face jugs that first appeared in the American South in the 1800s. Fluent introduces his paintings, which feature harsh lines, distorted figures and a turbulent sense of motion. The exhibition’s title comes from Bester’s belief that Black Americans must become savvy to devious methods of oppression. The paintings in the show reference key works from the Western canon through Bester’s personal and confrontational lens. Through October 29. Opening reception Friday 6-10 p.m.  Artist’s talk Saturday at 1 p.m. 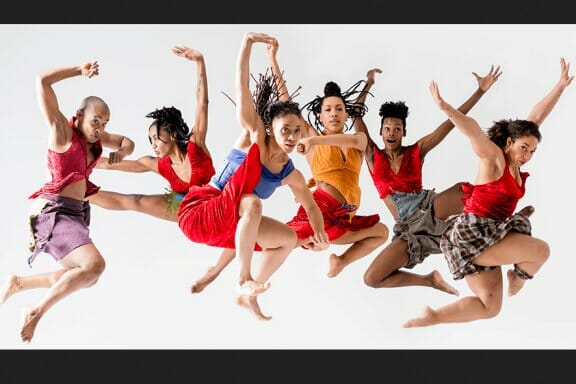 In anticipation of Urban Bush Women’s one-night-only performance later this month, Emory University is hosting a Friends of Dance lecture about the company with Dr. Anita Gonzalez, a founding member of the ensemble and now professor performing arts and African American Studies at the university. Gonzalez will discuss the company’s early evolution (it was founded in 1984), how it led to community empowerment, and how the ensemble’s dances capture the spirit of African diaspora dance. Schwartz Center for Performing Arts. Tuesday at 7:30 p.m. Free.