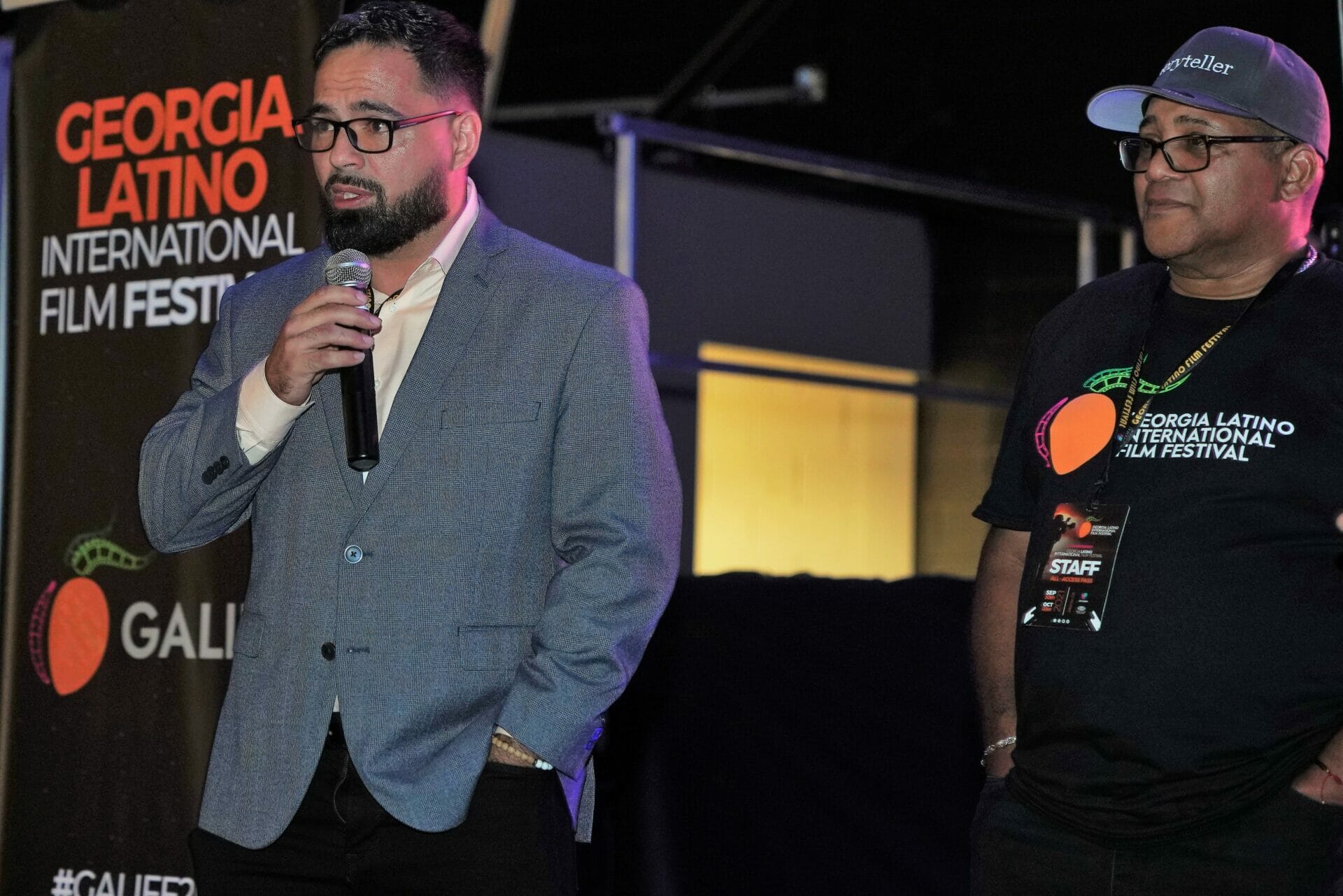 The country’s only Afro Latino-directed film festival begins its 11th year in Atlanta at the Lawrenceville Arts Center’s Aurora Theatre, beginning with opening ceremonies on September 29.

The Georgia Latino International Film Festival, which runs through October 2, packs multiple elements into one dynamic draw. It’s a celebration and showcase of independent filmmaking; an exploration into the art of Extended Reality (XR) experiences; and an opening-night appearance by one-time Georgia gubernatorial candidate and speaker Stacey Abrams, plus more.

“The festival is for everyone who wants to understand the Latino community better,” says Jose Marquez, founder, chairman and CEO of the festival and CEO of the Georgia Latino Film Alliance, a 501(c)(3) organization serving as an advocate for Latino content and its creators. “[The festival is] not only for Latinos, it’s a celebration of Hispanic heritage and is for all who share this wonderful country. We have some of the best international films that usually don’t make it to the big screens.”

Aligned with National Hispanic Heritage Month, which runs September 15 to October 15, Marquez’s goal for the festival is that players in the Georgia film industry and beyond will come together to salute and bolster the Southeast region’s Latino film community and the Georgia film ecosystem as a whole.

The films in each of 20 categories at this year’s Georgia Latino International Film Festival are worthy of the festival’s international screening status, according to Marquez. “They are all moving films about the American experience in the United States,” he explains.

The festival’s lineup of sponsors, too, highlights its professional strength and includes Warner Bros. Discovery, Disney, Telemundo, Comcast, Twitter and others. Another high-profile alliance for the 2022 festival is a partnership with HBO Max/Warner Media and its Latino Short Film Competition, which happens in conjunction with Georgia Latino International Film Festival. According to Yvette Moise, festival president and cofounder, HBO Max/Warner’s shorts-only festival selects winners from among 10 Latino directors, whose works are then distributed on HBO Max.

One film in particular, The Way Home (De Vuelta a Casa), directed by Darius Stevens Wilhere and among the comedies and dramas, is what Marquez calls “a very emotional film” — one that will move viewers to tears. Its storyline follows a young, successful entrepreneur who goes back to his homeland for a grandparent’s funeral, only to find that nearly everything he so preciously remembers has changed.

The strength of the 2022 lineup of independent international films was fortified by a new addition to this year’s board: Manny Ruiz, cofounder and manager director of Miami’s Brilla Media and publisher of the city’s Nuestro Stories, a digital media and documentaries platform devoted to Latino-driven content.

Georgia Latino International Film Festival content and selections, but now, his role and his contributions are official with this newly appointed board position.

“He has been a great help with the ideas and opportunities we were expanding on,” Marquez says, noting that Ruiz has shared invaluable industry contacts in the Afro Latino film and content creation community throughout the festival’s prior 10 years.

“Manny joining our board solidifies his relationship with the Georgia Latino Film Alliance and our strategic plan,” he adds.

For Ruiz, meanwhile, the chance to get involved with Georgia Latino International Film Festival on a deeper level meshes with his company’s DNA of helping tell Black and Latino filmmakers’ origin stories.

“This festival matters to me because it represents the largest Latino film festival in the Southeastern United States,” Ruiz says. “And it’s one of the only ones curated by Afro Latinos.” At the end of the day, his goal is to support the Latino film community and to help keep the excellent content coming down the pipeline.

Like Marquez, Moise is thrilled about Ruiz’ involvement on the board, saying he lends an important element that’s apropos for the Latino-centered film festival. “Manny’s passion aligns with our focus for the festival,” she says.

Leading into this week’s kickoff, Marquez is excited about another new strength that the Georgia Latino International Film Festival has gained. “Many filmmakers are using amazing technologies, [and] they are making tremendous films and advancing their skills,” he notes. “These films look like major-studio productions . . . shot and edited on the newest technologies from companies like ARRI, Panavision and Adobe.”

However, it all comes back to the Georgia filmmaking talent for Marquez. No matter what resources Latino and Afro Latino filmmakers engage with to rise to the forefront of the film industry, Marquez says their content is welcome and their contributions encouraged. “These films are the best of the best, and we have many wonderful directors who are making great advancements in the filmmaking process.”

“These are the stories that must be told,” he concludes.

Carol Badaracco Padgett is an Atlanta freelance writer who specializes in film and television coverage. A graduate of the University of Missouri School of Journalism, her work has appeared in The Georgia Hollywood Review and other publications.

Q&A: Tracy Murrell discovers Haiti in her DNA and celebrates the island in her art