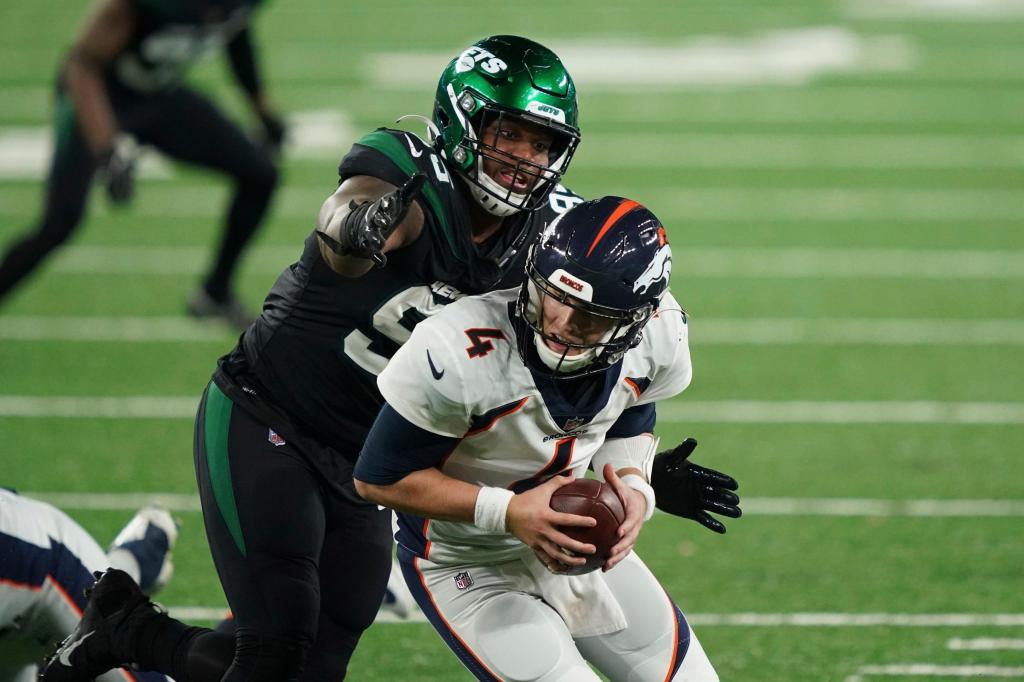 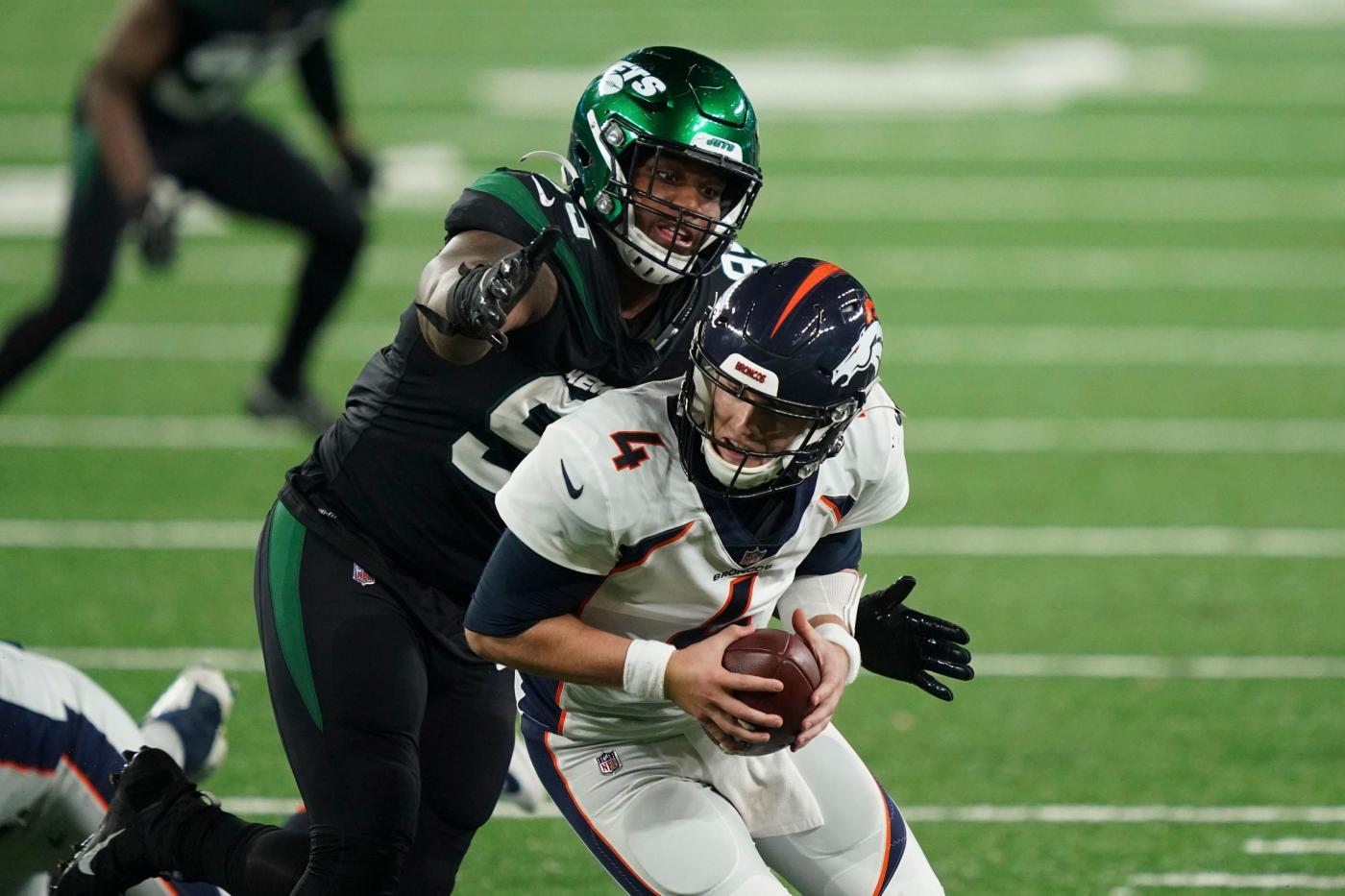 With the 2021 NFL Draft fast approaching, here’s where Gang Green stands with its interior defensive line.

The Jets feel they have enough with their core group going into the 2022 campaign. Team brass doesn’t blame their inability to stop the run last season — the Jets allowed 2,343 rushing yards and 28 touchdowns on the ground (fourth and first most in the NFL, respectively) — solely on this unit.

The interior defensive line has talent, anchored by former third-overall pick Quinnen Williams, along with Sheldon Rankins, free-agent pickup Solomon Thomas and Jonathan Marshall. But the Jets did lose run-stuffing Folorunso Fatukasi to a free-agent deal with the Jacksonville Jaguars. John Franklin-Myers is a defensive end, but will rush the passer from the inside on third downs while being lined up at DE on first and second downs.

The Jets are hoping to see Marshall — a sixth-round pick out of Arkansas — become a legitimate contributor in his second year. Even though Thomas hasn’t lived up to his No. 3 overall draft status, he’s more than capable of being a solid depth piece. And he knows Robert Saleh’s system having played under Saleh from 2017-2020 in San Francisco.

The belief in the building is both Williams and Rankins will significantly improve in their second year in Saleh’s system.

But in 2021, this unit’s inconsistency was extremely frustrating. The talent was there, but the results were not.

Williams, the baby-faced former Alabama star, produced a solid season with six sacks, seven tackles for loss and 10 QB hits. He was 27th in total pressures (34) among interior defensive linemen.

That was a positive two-game stretch, but there were moments when he disappeared like the last four games of the season when he didn’t finish with even a QB hit.

Williams doesn’t always play up to his potential, something he and members of the Jets coaching staff have acknowledged.

Rankins played well below expectation in his first season with the team after signing a two-year, $15 million free agent contract. He only finished with three sacks.

Coming into 2021, he was an offseason addition that excited folks because when healthy he could put QBs under duress like in 2018 when he finished with eight sacks for the New Orleans Saints.

Rankins didn’t rush the passer well last season as he only pressured QBs on 6.1% of his 358 pass rushes, third fewest among defensive lineman with over 150 snaps on the Jets, according to Next Gen Stats. And there were times when he struggled against the run when teams ran double teams at him.

Throughout the year, there were moments when this unit helped shut down the run and pressured QBs like games against the Patriots, Bengals and Texans when the Jets held those teams to under 110 yards rushing, while Williams and Rankins sacked the opposing QBs.

But those performances were a rarity.

There were other afternoons when the interior defensive line struggled with double teams on inside zone, traps runs and power runs.

The Thursday Night Football loss to the Indianapolis Colts in Week 9 shined a national spotlight on those issues as the Jets allowed 260 yards rushing. The Colts averaged seven yards per rush before contact, the most since the stat was tracked in 2009.

Overall, the Jets allowed 1,008 yards on inside runs, second most in the NFL. To be fair, those problems don’t all rest on the shoulders of the interior defensive line as each group contributed heavily to the Jets’ porous run defense.

The linebacking and safety units deserve blame, too. But at least they had credible excuses as both units were ravaged by injuries compared to the interior defensive line being relatively healthy.

Going into the draft, the Jets have five picks in the first three rounds of the draft with two in the top 10.

They won’t draft a defensive tackle in the first round, but there’s a chance they could select a three-down lineman in the second, even though there are more pressing needs.

Options like Georgia’s Devonte Wyatt, UConn’s Travis Jones and Oklahoma’s Perrion Winfrey could be interesting for the Jets in the top three rounds. The Jets coached Winfrey and Jones up close at the Senior Bowl in February.

And they’ve shown interest in Winfrey and Wyatt by bringing them in for official pre-draft visits.

Going into the draft on April 28 there are more pressing defensive needs like cornerback, safety and edge, but the interior defensive line could use additional talent.