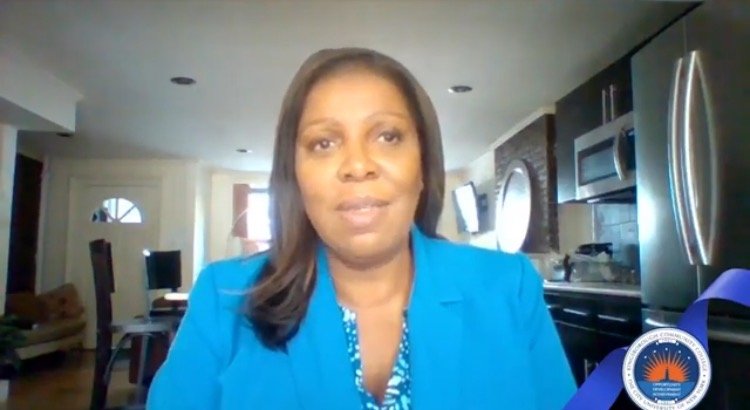 President Trump released the following statement in response to the corrupt New York Attorney General who is targeting President Trump and looking for crimes.

With the horrible Subway Shootings and Violent Crime in New York being at an all-time high, where people are afraid to walk the streets, the racist and highly partisan Attorney General of New York State, failed Gubernatorial candidate Letitia James, should focus her efforts on saving the State of New York and ending its reputation as a Crime Capital of the World, instead of spending millions of dollars and utilizing a large portion of her office in going after Donald J. Trump and the Trump Organization (for many years!), who have probably done more for New York than virtually any other person or group, including employing many wonderful people and paying millions and millions of dollars in taxes. This never-ending Witch Hunt must stop. We don’t need racist political hacks going after good, hardworking people for highly partisan political gain. The people of our Country see right through it all, and won’t take this Radical Left “sickness” anymore. Make New York Great Again!

At the end of the President’s statement, he shared this tweet showing the corrupt and mentally deranged mindset of New York’s AG James.

WSJ Editorial Board NY AG Letitia James “investigation looks like more evidence of the decline of America’s rule of law.”

No one in America wants to live in a country where politicians use their positions use lawfare to attack, harass and prosecute their enemies for made-up crimes.  This is not America.  This is Stalin’s Russia.

Amazon Most Shopped This Month: The 15 Most Popular Products

6 Summer Trends Approved by My Grandmother