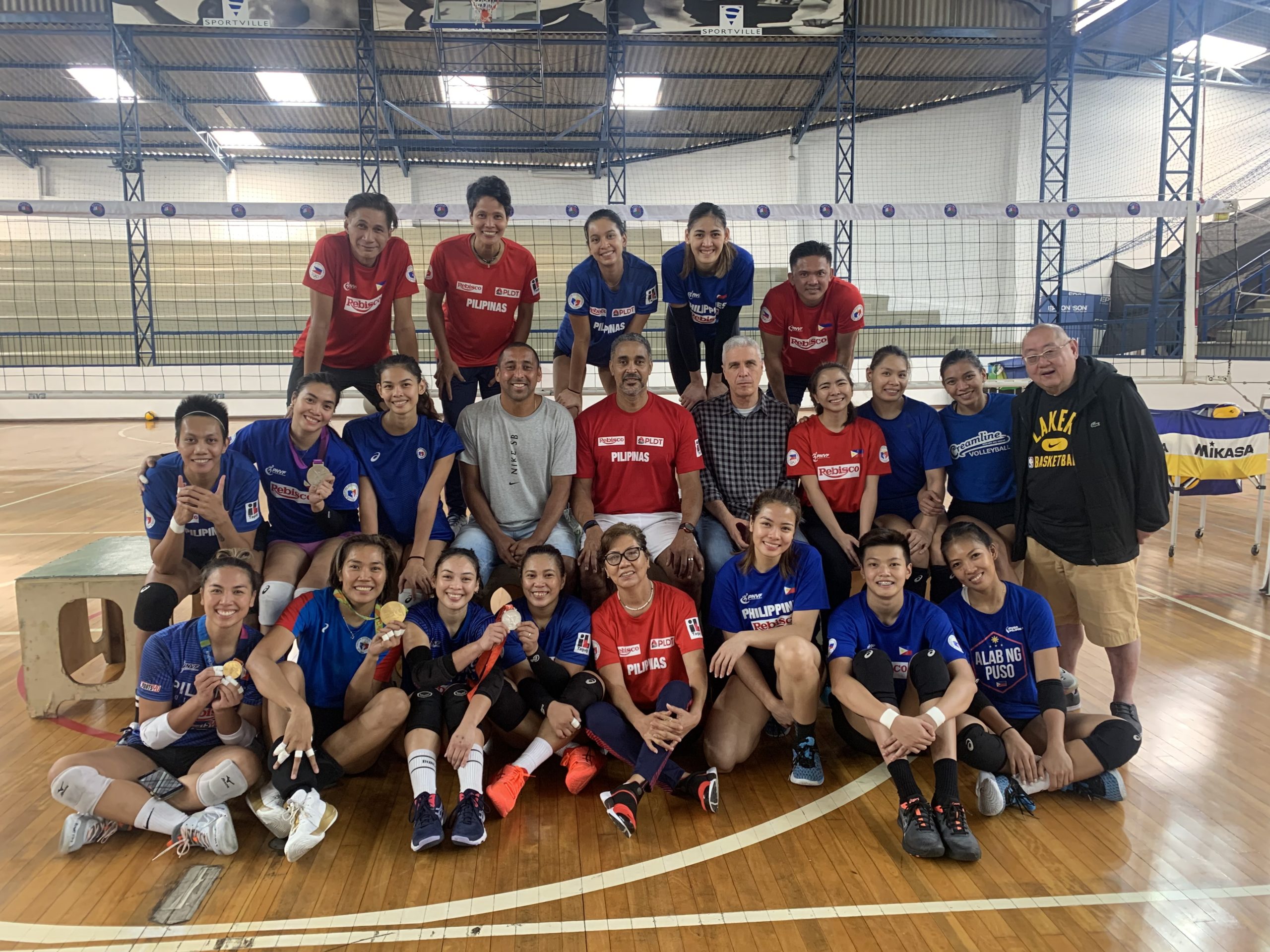 BARUERI, BRAZIL—Sergio Santos stepped into the court and spoke a few inspiring words before showing off his four Olympic medals that held the Philippine women’s volleyball team completely spellbound.

Widely regarded as one of the best liberos of all time, the Brazilian volleyball icon even flaunted his skills on the floor with fellow liberos Kath Arado and Dawn Macandili digging and diving to the delight of the PH spikers who fancy a gold of their own in the coming Southeast Asian Games.

“I grew up in the suburbs and dreamed of becoming a great volleyball player someday. I relentlessly pursued that dream, never gave up and eventually accomplished my goal,” shared Santos through an interpreter after the team practice at the Sportville training camp here.

The presence of Santos and his two Olympic gold medals won in 2004 Athens and 2016 Rio De Janeiro together with a pair of silvers in the 2008 Beijing and 2012 London Summer Games were enough to motivate the Filipinos to push harder in their daily grind to reach the pinnacle of success.

it’s not every day you get to meet and talk to an Olympian and one of the best liberos in the world! 🥇🌟 pic.twitter.com/HOBopBxihW

“Coach Grace and I were emotional when we saw the Olympic medals. It was also our dream to be there in the Olympics,” said Mamon, a prominent national team spiker during his prime along with Antigua, Cebu’s pride in women’s volleyball.

Now retired, the 46-year-old Santos has a long inventory of awards in the international volleyball scene, highlighted by his Most Valuable Player accolades in the 2009 FIVB World League and 2016 Rio De Janeiro Olympics.

PNVF president Ramon “Tats” Suzara believes the team has what it takes to win it all in the SEA Games in Hanoi, Vietnam on May 12-23, especially with the steady progress in the two-week camp made possible by the Philippine Sports Commission, Philippine Olympic Committee, Rebisco, PLDT and the City of Taguig.

The PH spikers trained twice on Monday as they get ready for another tuneup against Superliga B club Sesi Sorocaba on Tuesday where De Brito expects a more cohesive group since their first tuneup opposite Sao Caetano five days ago.

They will undergo two more games this week on Wednesday and Thursday before jumping back into their twice-per-day practice sessions.