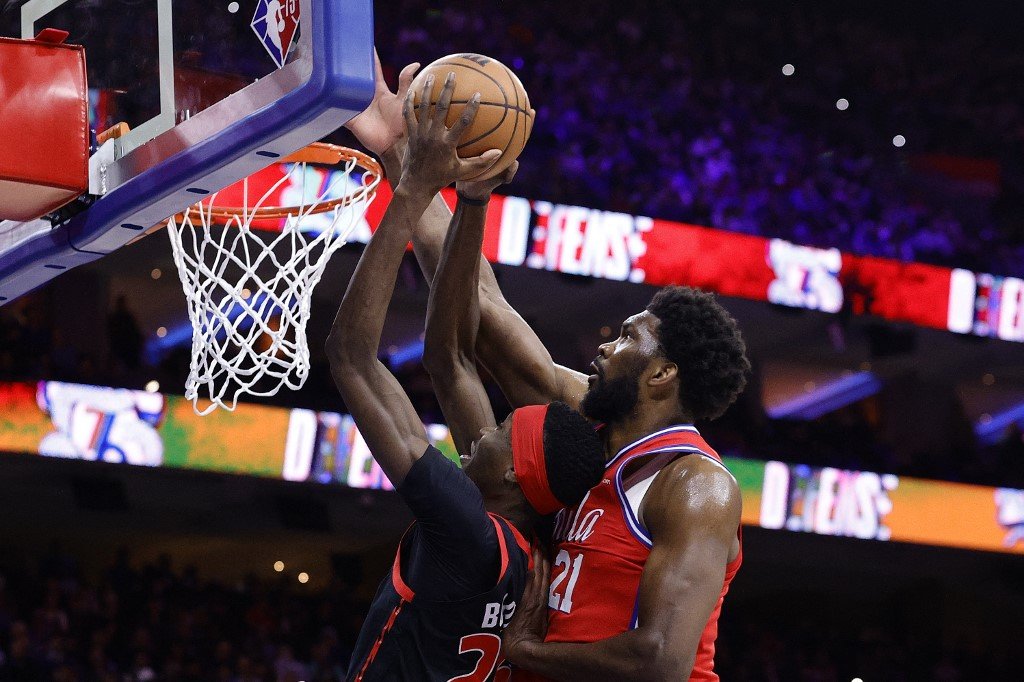 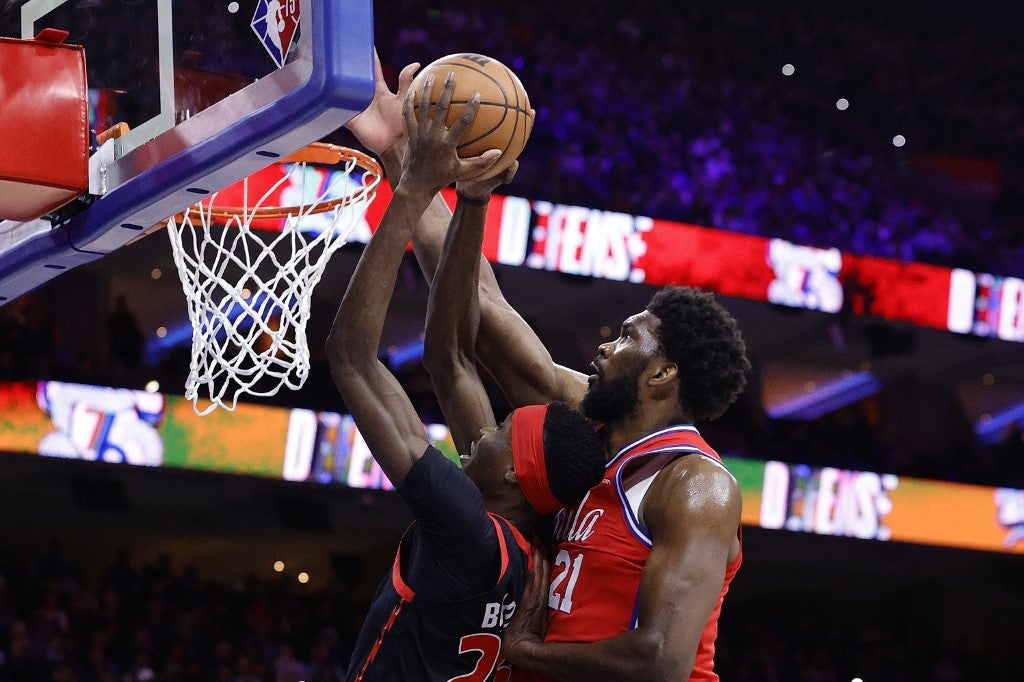 Joel Embiid #21 of the Philadelphia 76ers blocks Chris Boucher #25 of the Toronto Raptors during the fourth quarter during Game Two of the Eastern Conference First Round at Wells Fargo Center on April 18, 2022 in Philadelphia, Pennsylvania. Tim Nwachukwu/Getty Images/AFP

Joel Embiid had 31 points and 11 rebounds to lift the host Philadelphia 76ers past the Toronto Raptors 112-97 to take a 2-0 lead in their Eastern Conference opening round playoff series on Monday.

Tyrese Maxey added 23 points, nine rebounds and eight assists, Tobias Harris contributed 20 points and 10 rebounds and James Harden chipped in with 14 points as the Sixers defended their home court with a pair of wins. Danny Green also had 11.

It was the 100th career playoff win for head coach Doc Rivers.

Game 3 will be played Wednesday in Toronto.

💪 @JoelEmbiid poured in 31 points to lift the @sixers to the 2-0 series lead!

The Raptors played without Scottie Barnes, who suffered an ankle injury in Game 1 when Embiid landed on him.

Toronto’s Gary Trent Jr. played 10 minutes and didn’t return due to a non-COVID illness. He was scoreless on 0-for-3 shooting.

The Sixers went ahead 59-46 when Harden drove to the basket and scored with 5:09 left in the second quarter.

Precious Achiuwa responded with a jumper on Toronto’s ensuing possession.

Philadelphia then surged to a 67-52 lead heading into the locker room thanks in large part to Embiid’s 19 points. All 19 came in the first quarter.

VanVleet paced the Raptors with 17, though he shot 6 of 18 overall.

The Sixers came out aggressive on both ends of the court to begin the third and opened a 19-point advantage after dunks by Embiid and Harris.

Philadelphia held a 95-71 lead at the end of the third.

Toronto’s frustration became evident when Siakam was whistled for a technical foul with 10:19 remaining in the fourth.

The Raptors responded and soon closed within 97-84 after Anunoby hit a trey with 7:31 to go.

Following an empty Sixers possession, Toronto came back with a tough layup by Khem Birch.

The Sixers cruised to the win from there.