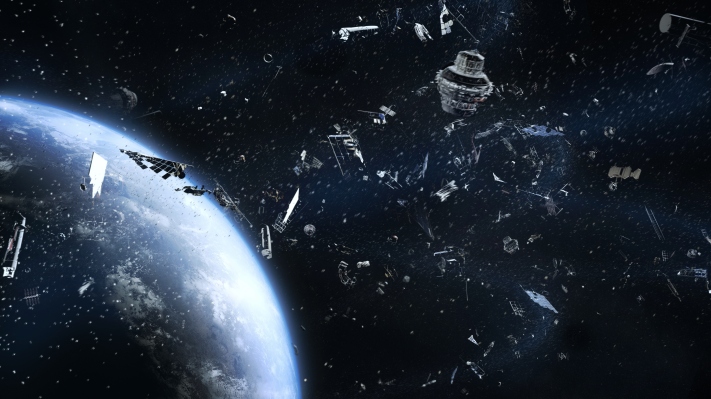 The U.S. has declared it will no longer perform anti-satellite missile testing, a practice nearly universally deplored by the space community for its tendency to fill orbit with dangerous debris. Vice President Harris announced the new policy today in hopes of leading by example — though it hasn’t been that long since we were doing this too.

The anti-satellite commitment is the first in a planned series of new “space norms” being contemplated by the National Security Council, the Pentagon, State Department and others concerned about the safety and security of orbital operations.

Being able to take out a satellite in orbit is one of those capabilities that military forces around the world just love to demonstrate, generally under the fig leaf of showing it can remotely deorbit a malfunctioning piece of their own hardware. Of course the primary purpose is to show they can knock anyone else’s birds out of the sky should that be deemed necessary.

Though everyone claims they know more or less how the debris cloud and other factors will play out, the simple fact is each of these operations blasts hundreds or thousands of objects into uncontrolled trajectories. With thousands of satellites being launched yearly now these untracked debris events are not an academic threat.

At a visit to Vandenberg Space Force Base, Harris said the US will to no longer conduct “destructive, direct-ascent anti-satellite (ASAT) missile testing,” which leaves things open to lasers and other methods, but we’ll cross that bridge when we get to it. The U.S. “seeks to establish this as a new international norm for responsible behavior in space.”

It’s a tricky thing, getting people to agree about what can be done in space and how, since it’s legally speaking rather a wild west even with numerous agreements and pacts in place.

“There are tons of different norms conversations happening — there’s no one size fits all solution for how to develop them,” said Robin Dickey, space policy analyst at the Aerospace Center for Space Policy and Strategy. “The approach that you take is likely to be very different depending on the content and context.”

Sometimes that means working with partner agencies to find shared best practices; sometimes it’s going through the U.N. to make sure it’s a global conversation; sometimes (this time, for example) a unilateral decision is made in the hopes that it will establish a new normal. Though 2008 and our last ASAT test wasn’t that long ago, the space community has changed immeasurably since then and what was merely inadvisable at that time is now unconscionable. (The cynics may point out that, having demonstrated the capability, there’s no reason for us to do so again, making this commitment a bit redundant.)

“Setting these common expectations for what’s acceptable and not acceptable in space is a crucial step to make sure that space is safe and usable for all in the decades to come,” Dickey said.

Of course in the context of Russia and China disconnecting their space programs from those in the U.S., Europe and beyond, there’s a more pointed purpose to this — establishing more actions like the most recent test as not just unwise but out of step with international expectations.