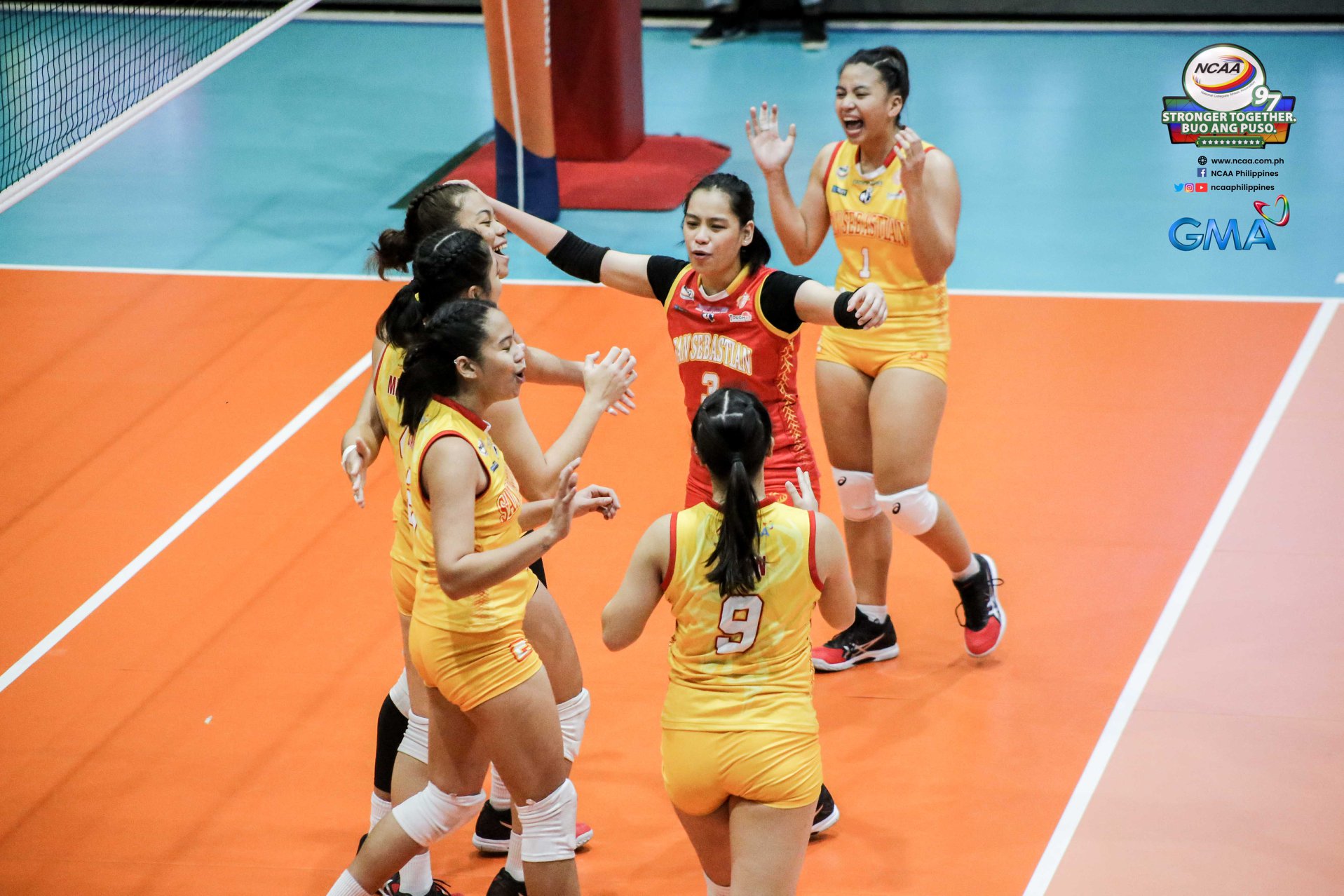 San Sebastian pulled off a reversal over Perpetual on Sunday to gain foothold in second place in the NCAA Season 97 women’s volleyball at Paco Arena in Manila.

It was a major test of character for the Lady Stags, according to veteran mentor Roger Gorayeb, whose charges climbed to second place in a tie with three-time defending champion Arellano at 4-1.

The Red Lionesses leaned on Trisha Paras to end the fourth frame and finally help the team enter the winning column after five tries. Paras wound up with 15 points while teammate Maxinne Joyce Tayag added 14.

EAC’s Catherine Almazan scored a career- and season-high 28 points while Krizzia Reyes had 20 but the Lady Generals still fell to their fifth defeat in as many games.

Gorayeb was giving the Lady Stags a mouthful after losing the first two sets despite having the lead late in both frames.

San Sebastian responded well to the tongue-lashing. Late in the fifth set, main scorer Reyann Cañete erased the first Perpetual match point at 14-13 before teammate Christina Marasigan knotted it up once again at 15, allowing the Lady Stags to dodge the bullet twice in a row.

Lady Stag Kat Santos then fired a crosscourt before the Lady Altas bungled an attack to ice the match for San Sebastian, which got five of its starters scoring in double figures.

Perpetual, which suffered a five-setter setback at the hands of Mapua last Friday, fell to its third defeat in five matches.

Perpetual’s Razel Aldea suffered a scary fall early in the third after scoring 11 points at that point. After San Sebastian dragged the match to a deciding set, Aldea went back to the court to no avail.

Mary Rhose Dapol finished with 18 points, while Aldea and Charmaine Ocado scored 14 and 11 points, respectively for the Lady Altas. INQ