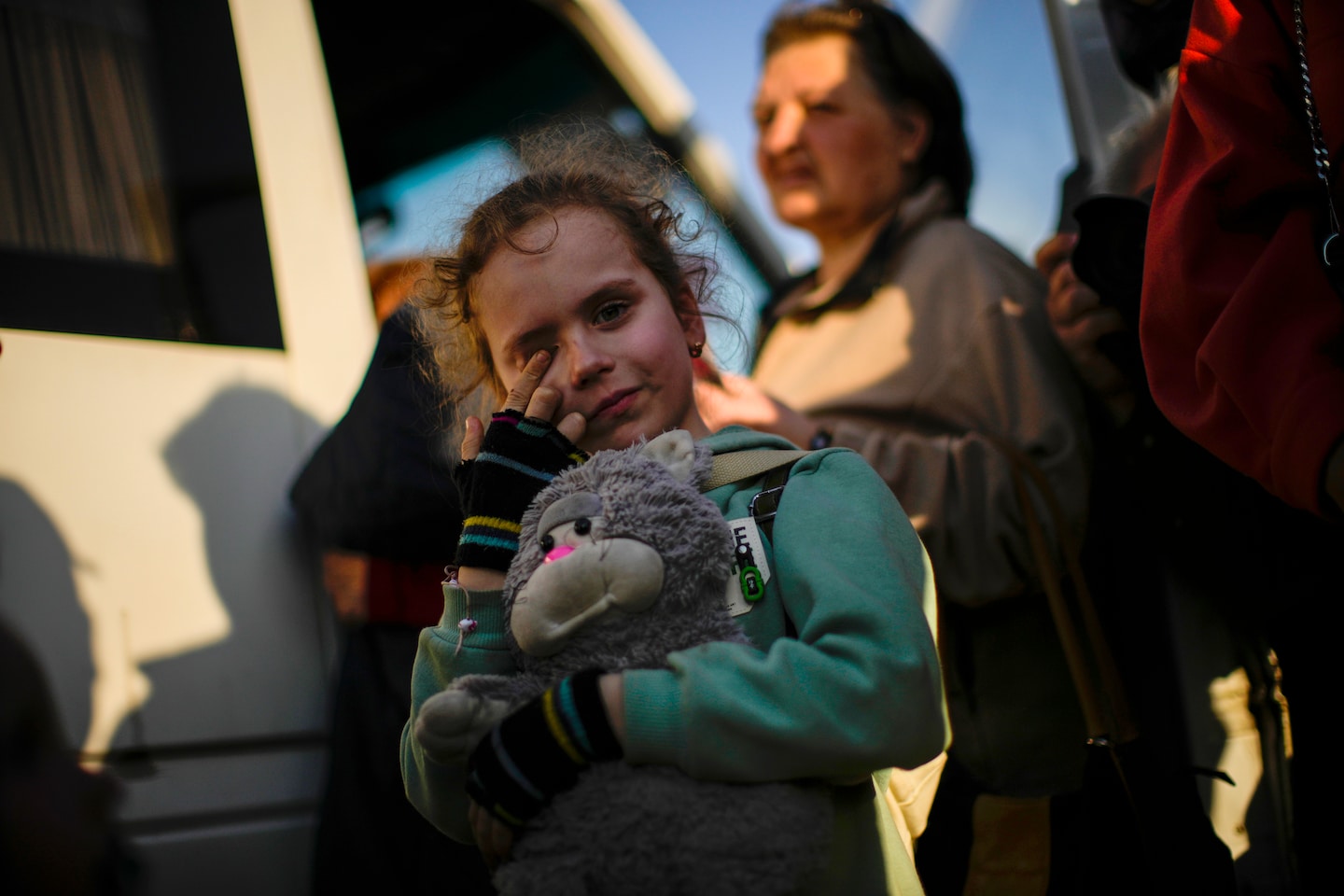 UNITED NATIONS — The war in Ukraine is a “child rights crisis” where education is under attack, nearly 100 youngsters have been killed in just the last month, and millions more have been forced to flee their homes, the U.N. children’s agency said Thursday.

Omar Abdi, deputy executive director of UNICEF, told the U.N. Security Council that children are paying “an unconscionably high price” in the war, with 239 confirmed killed and 355 wounded since Russia’s invasion of Ukraine on Feb. 24. He said the actual numbers are much higher.

“These attacks must stop,” he said. “Ultimately, children need an end to this war — their futures hang in the balance.”

Abdi said the school year came to a standstill after Russia invaded its smaller neighbor, and as of last week at least 15 of 89 UNICEF-supported schools in the country’s east had been damaged or destroyed in the fighting.

“Hundreds of schools across the country are reported to have been hit by heavy artillery, airstrikes and other explosive weapons in populated areas, while other schools are being used as information centers, shelters, supply hubs, or for military purposes — with long-term impact on children’s return to education,” Abdi said.

In mid-March, over 15,000 schools resumed education in Ukraine mostly through remote learning or in-person hybrid options, he said. “It is estimated that 3.7 million children in Ukraine and abroad are using online and distance learning options,” he said.

But, Abdi said, “enormous obstacles” to education remain, including school availability, resources, language barriers and movement of children and their families. Less than 5% of refugee pre-school children are estimated to be enrolled in public kindergartens, he said.

Abdi and many council members spoke about what he called a “horrifying attack” on a school in the eastern Ukrainian town of Bilohorivka last weekend, when a bomb hit while women and children sheltered in the building.

U.S. deputy ambassador Richard Mills said the blast killed as many as 60 people, many of them children. “And reliable reports indicate that when first responders arrived at the school to assist victims of the bombing, Russia’s forces opened fire on them,” he added.

Ukraine’s U.N. ambassador, Sergiy Kyslytsya, said only 30 civilians were rescued and the school that had once been filled with joyful children “was turned by a Russian pilot into another mass grave.”

British Ambassador Barbara Woodward said there is evidence “that Russia is committing four of the Security Council’s six grave violations against children in times of war” — violations listed in a 1999 council resolution that condemned the targeting of children in conflict as well as recruiting and using children as soldiers.

Woodward cited the killing and maiming of children, the targeting of schools and nurseries, “credible allegations of sexual violence against children by Russian forces,” and continuing reports of forced deportations of over 700,000 people, including many mothers and children, from Ukraine to Russia.

“There is now a very real risk of a lost generation, and the continuation of a cycle of violence, caused by Russia’s invasion and the devastation it has created,” she said.

Russian Ambassador Vassily Nebenzia said his country’s armed forces “are making every effort to protect children during the course of the special military operation in Ukraine” and called accusations that they have sexually attacked children “absurd.”

He said that during fighting in Ukraine’s east from 2014 to 2022 between pro-Russian separatists and Ukrainian government forces, more than 200 educational facilities were damaged, more than half of them schools and kindergartens. This spring, he said, children in the region known as the Donbas, are again “dying under Ukrainian shells.”

Nebenzia accused Ukraine’s military of using many buildings and educational facilities as bases, “as a result of which they have been significantly damaged.” He said this was “jeopardizing the lives of children, depriving them of their right to education, and destroying educational infrastructure of Ukraine.”

Ukraine’s Kyslytsya countered that “schools must never be attacked or used for military purposes” and told the council that a Russian airstrike on the city of Novhorod-Siverskyi in the northeast destroyed another school Wednesday night.

“As of today, 126 educational institutions have been entirely destroyed and 1,509 more have been damaged,” he told the council.

Kyslytsya urged UNICEF, the U.N. refugee agency and the International Committee of the Red Cross to demand that Russian authorities allow immediate access to thousands of Ukrainian children and adults taken to Russia. He called on U.N. Secretary-General Antonio Guterres to monitor and report on violations against children during the war.