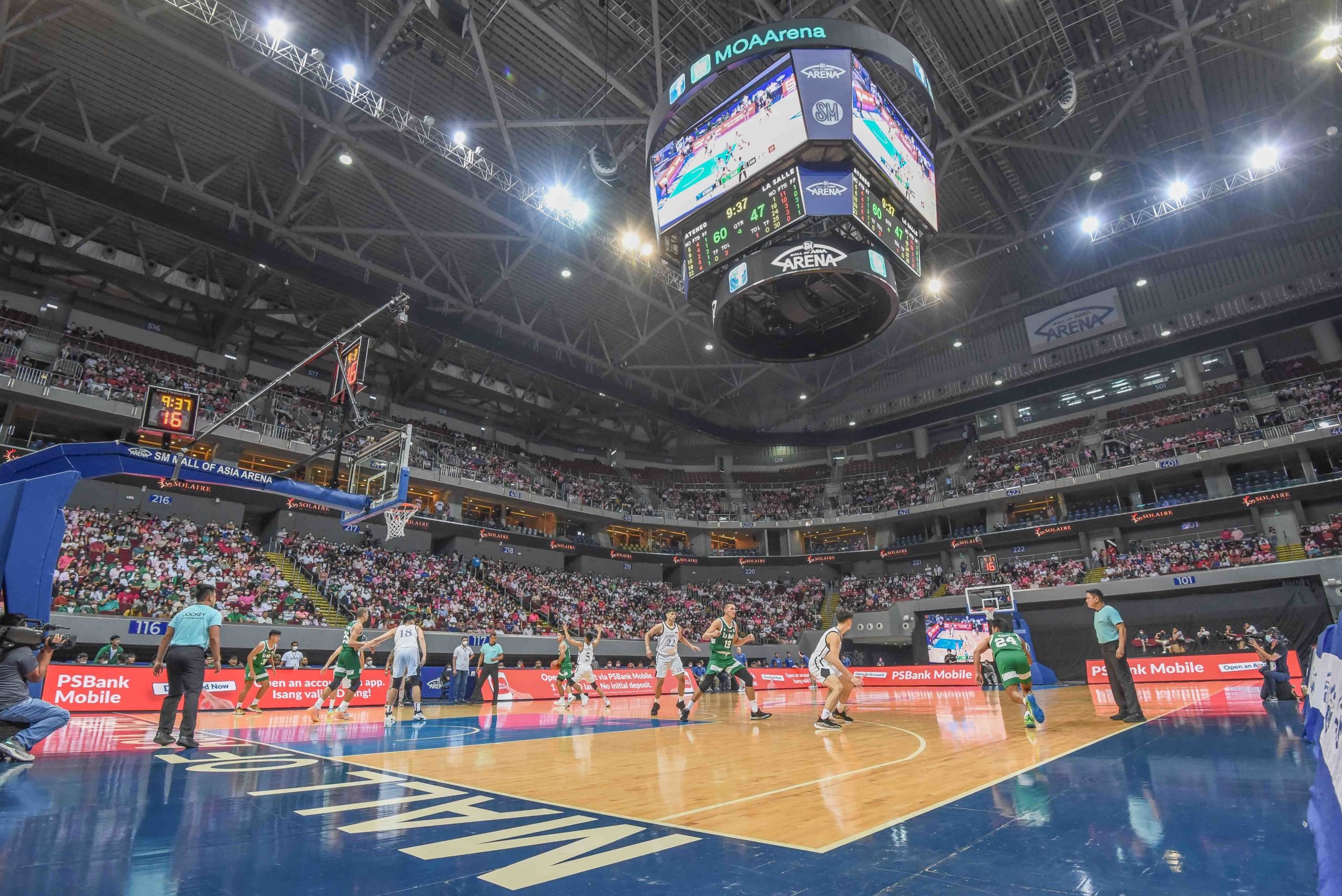 FILE–Crowd during the Ateneo-La Salle match in the UAAP Season 84. UAAP PHOTO

MANILA, Philippines – The UAAP remained committed to keep the bubble set up for the remainder of Season 84 men’s basketball tournament, amid the decision of the Commission on Higher Education (CHED) to ease its restrictions.

But the league is now considering a closed circuit environment for the women’s volleyball tournament, which opens on May 5.

With the UAAP finally having some sense of normalcy having spectators at Mall of Asia Arena  since April 5, CHED chairman Popoy De Vera said the collegiate leagues may now play outside a bubble environment since the country has been placed under Alert Level 1 for more than a month.

“When the guidelines are made, we’re still at Alert Level II. We’re now under Alert Level I. You can dispense the bubble and put other systems in place for the safety of the athletes. I leave that to the UAAP to decide,” said De Vera on Saturday during the halftime of University of the Philippines-La Salle.But the league has opted to keep the bubble intact at least for the remainder of men’s basketball.

“When you say break the bubble, the farthest we can go is closed circuit. The managing directors and the presidents of the league have committed to maintaining the bubble at least for the basketball tournament,” said executive director Atty. Rebo Saguisag. “We have zero incidents of infections. We considered closed circuit actually, but the UAAP has taken a higher standard when it comes to the health and safety not only of the student-athletes but everyone else concerned.”

“To be honest, it’s costly and stressful. But we’d rather do this, we have to pay the high cost to make sure that everything is okay. That’s the decision of the host,” he added.

Season 84 president Nonong Calanog said they the board will decided on the set up for the women’s volleyball games next week.

“We may consider actually going to a closed circuit setup going into the volleyball tournament. Now that we more or less have a hand in organizing a tournament with these particular protocols, we can actually see or project if we can run a tournament safely now within a close circuit setup,” Calanog said. “That is something for the board to decide, hopefully by next week.”

Should a COVID-19 surge happen again, De Vera assured CHED will be ready to adjust its restrictions for the league.

“The challenge is not so much de-escalating but escalating if a surge actually happens. We’re crossing our fingers that there won’t be any surge and I think a test for the guidelines of the system is if a surge happens, how fast can we adjust to different stages,” he said. “We have to COVID-proof our tournaments so that whatever happens, if a surge happens, then we can easily adjust.”

The elimination round of men’s basketball will run until May 1 before the Final Four stage.