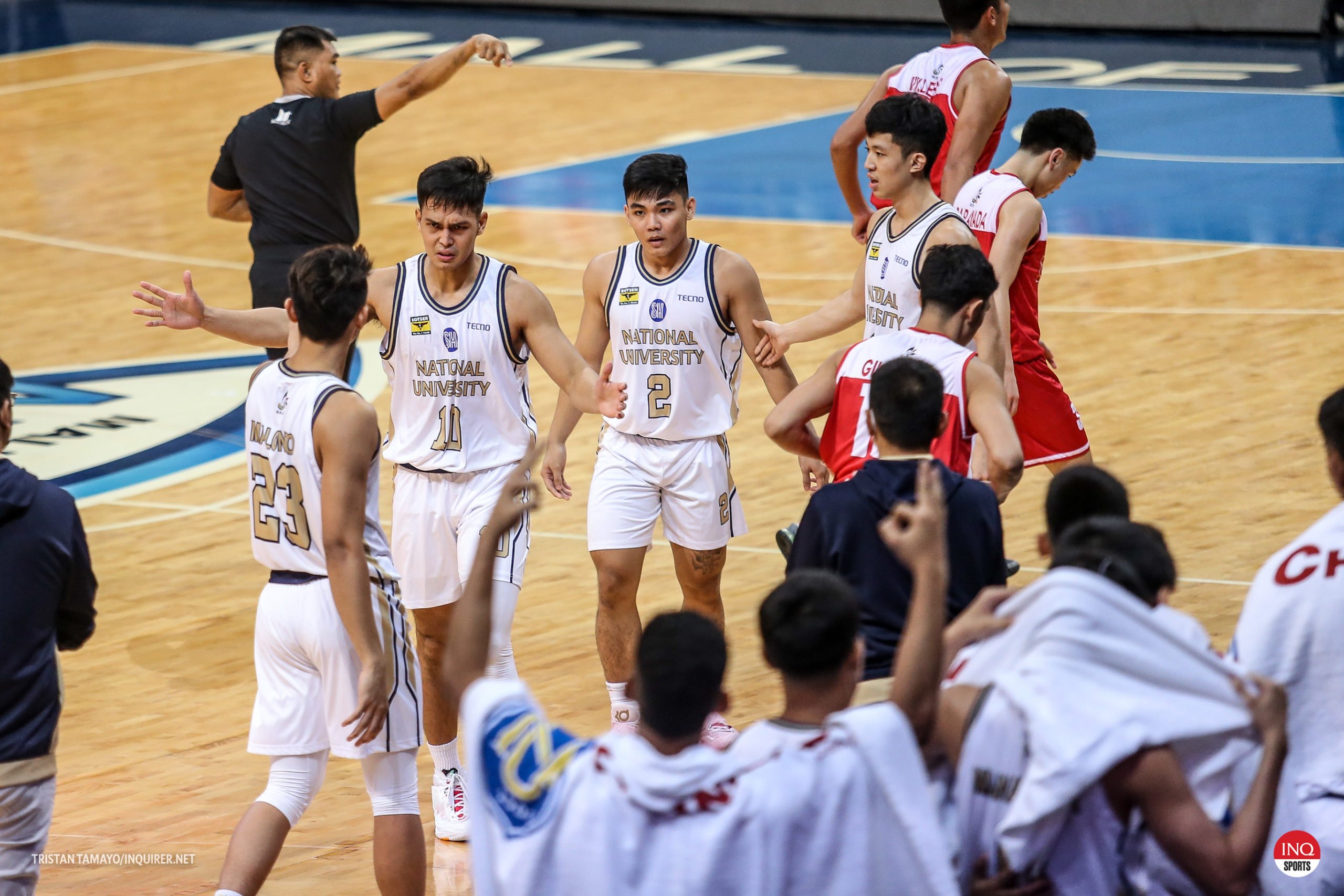 NU Bulldogs during their game against University of the East in the UAAP Season 85 men’s basketball tournament at Mall of Asia Arena. Photo by Tristan Tamayo/INQUIRER.net

MANILA, Philippines-Jake Figueroa herded National University to a strong finish for a 77-70 thrashing of the University of the East in the UAAP Season 85 men’s basketball tournament on Sunday at the Mall of Asia Arena.

Figueroa scattered eight of his 14 points when it mattered most as the Bulldogs pulled away for good after the Red Warriors mounted a dizzying third-quarter surge.

“We came out flat in the third quarter, a stretch where we usually come out strong,” said NU coach Jeff Napa.

Trailing by 15 points early on, the Red Warriors pulled within one, 53-52, prompting the Bulldogs to hit the panic button.

Patrick Yu added 13 points and Michael Malonzo had 10 for the Bulldogs, who played without injured guard Steve Nash Enriquez.