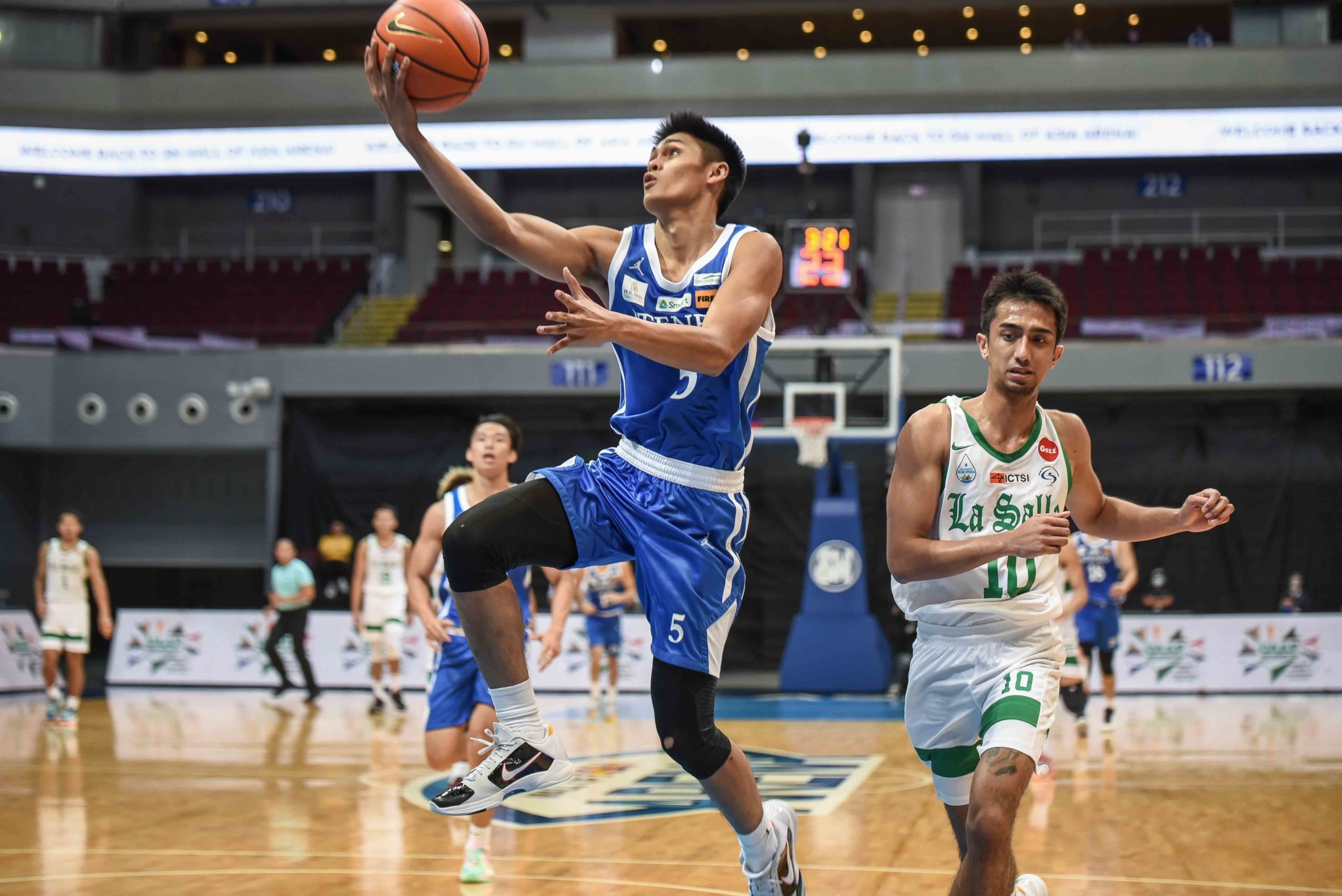 Mamuyac, who has been known for his airtight defense over the past seasons, emerged as the top three-point shooter at the end of first round last week, connecting 11-of-25 from deep for a 44-percent clip.

Baldwin said the Blue Eagles skipper wanted to take his game to the next level and worked hard to improve his shooting as his added arsenal.

“Certainly, evolution is a good word to use in reference to Mamu in many respects. But we’ll focus on his shooting,” said Baldwin after Mamuyac’s 15-point effort in Ateneo’s 75-68 win over La Salle last Tuesday. “Players developed reputations, especially effective players and Mamu has always been effective as a defensive player and you developed a reputation for that.”

“He’s a professional young man. He doesn’t just rest on the fact that he’s a defensive player,” he added.

Mamuyac deflected the credit to Baldwin and to the rest of his coaching staff, who helped him achieve his vastly-improved skills.

“I think it just shows how great this program develops its players, also I just wanna give credit to the coaching staff not only do they give me a limited confidence, but also they stay in the gym with us, and work with us,” the 6-foot-1 guard said.

“As much as I wanna get all the credit, I can’t because the coaching staff did its part, and I won’t be shooting or I wouldn’t be that kind of player without them.”

Baldwin was glad Mamuyac willed his way to become another good example of Ateneo’s successful program as he also developed the other aspects of his game.

“His ball handling has improved, his passing has improved, then obviously his shooting has improved because he worked at it. He’s just another good example of our program. A guy that strives completely to be a basketball player, and I’m sure he’s proud of his reputation as a defensive player,” the former Gilas Pilipinas coach said.

“He our reliable shooter so we’re very confident when we can find him I know the point guards feel like if they can find Mamu has a high percentage shot for us, but I think also the other thing that maybe people don’t recognize is his mid-range game, his game off the bounce which has really improved,” he added.

Mamuyac is eager to sustain his fine play as the Blue Eagles, who are still unbeaten in eight games, resume their road to fourth consecutive title on Tuesday against the winless University of the East (0-8) at Mall of Asia Arena.