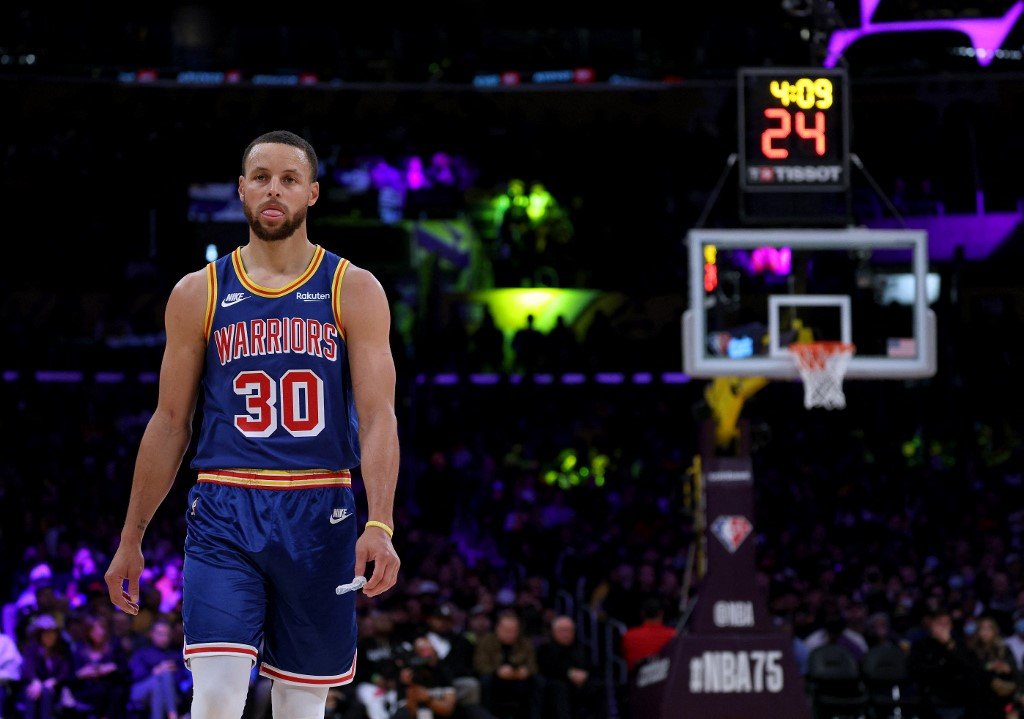 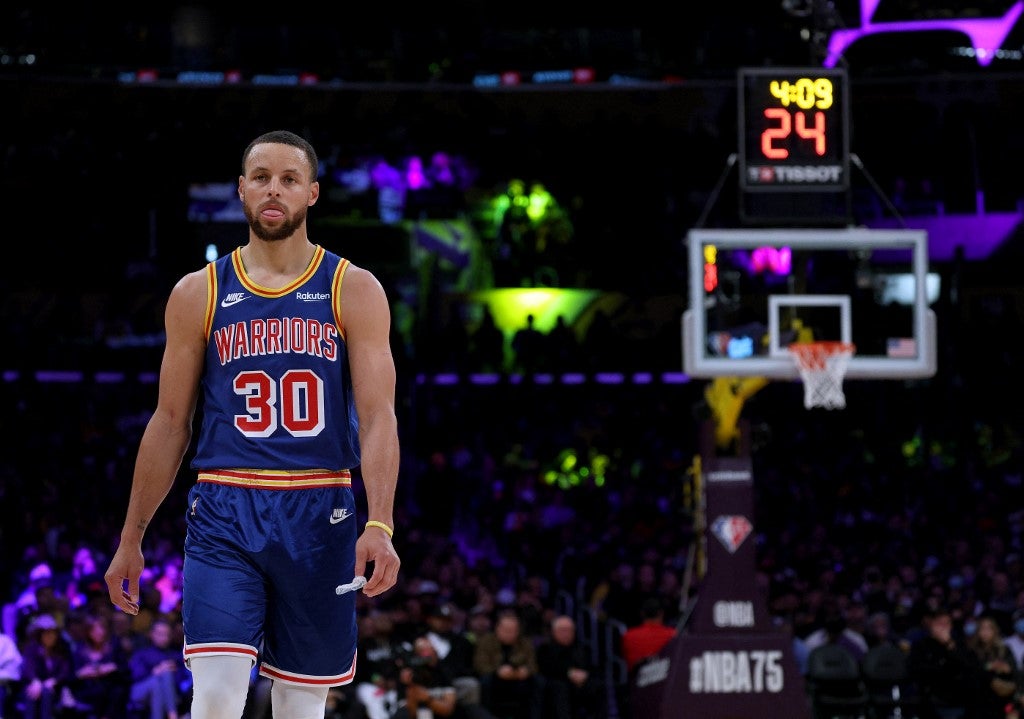 Stephen Curry is set to return to the court Saturday night under the parameters of monitored playing time and managing his pain threshold.

The two-time NBA MVP was listed as probable on Friday, so the Golden State Warriors will have his services when they tip off their Western Conference first-round series opener against the Denver Nuggets in San Francisco.

Curry, 34, missed the final 12 games of the regular season due to a left foot strain he sustained against the Boston Celtics on March 16.

The eight-time All-Star participated in a scrimmage Thursday and his performance provided evidence that he is close to being ready despite some pain in the foot.

“You get cleared to play, at that point there’s no time to really worry about that,” Curry said of the prospects of playing in pain Saturday. “Are you going to help the team win? Are you going to make an impact and do what you do? If I feel like the answer is yes, I’m going to play.”

“Steph is in such great shape, he has such an incredible foundation in conditioning, and he’s able to maintain his wind even during his absences,” Kerr said.

“His conditioning looks good. I’d be more concerned about timing. Anytime you have an absence, you gotta shake off some cobwebs. Just going to take it a day at a time and see how it all goes.”

Regardless, Curry isn’t expected to play anywhere close to his season average of 34.5 minutes per game. Kerr said Friday that determination is still to be sorted out.

“I’m not going to give you a number because there are some variables,” Kerr said.

What is harder to evaluate is Golden State’s playoff aspirations after Curry (64 games played), Draymond Green (46) and Klay Thompson (32) missed tons of time due to their respective injuries.

The trio is the core of the Warriors’ squad that played in five consecutive NBA Finals from 2015-19, winning three titles.

But third-seeded Golden State (53-29) could be in trouble against the sixth-seeded Nuggets (48-34), who won three of the four regular-season meetings. 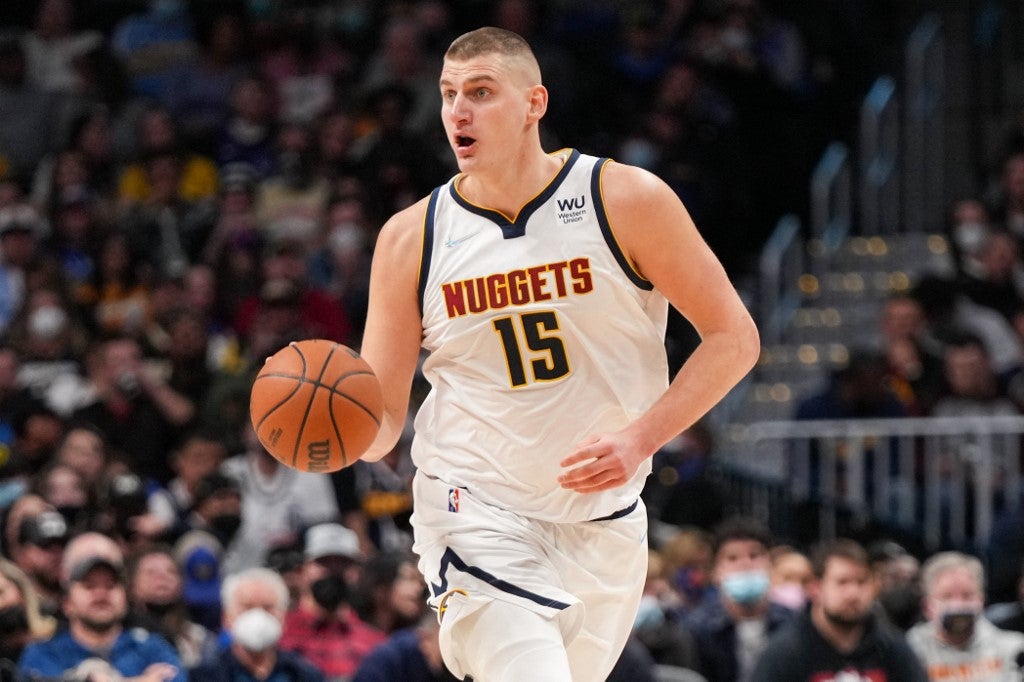 Denver features four-time All-Star Nikola Jokic, who has an excellent chance to repeat as league MVP after becoming the first player in NBA history to top 2,000 points, 1,000 rebounds and 500 assists in a single season.

Jokic averaged 27.1 points, 13.8 rebounds and 7.9 assists this season despite not having star guard Jamal Murray (ACL) for all of the season and Michael Porter Jr. (back) for most of it.

Interestingly, chatter about Murray possibly returning during this series arose in the midst of the Curry saga. It stood out because Nuggets president Tim Connelly was the one discussing it during a radio interview.

Denver coach Michael Malone doesn’t see Murray as a probable participant but also declined to rule him out.

“I would lean more toward him being doubtful,” said Malone, “but I haven’t closed that door.”

Regardless, the Warriors have to figure out how to deal with Jokic, who averaged 28.0 points, 15.8 rebounds and 8.8 assists in their four meetings.

“That’s what makes him special. It’s pick your poison,” Kerr said of Jokic. “He can score 1-on-1 down on the block, a brilliant passer. Biggest thing for us is we can’t give up the easy stuff.”

Denver will be without backup guard Facundo Campazzo, who was suspended for Game 1 after shoving Los Angeles Lakers guard Wayne Ellington from behind in the regular-season finale last Sunday.

“He’s definitely a guy that we could throw into any series and trust him,” Malone said of Campazzo. “Obviously, with the league’s ruling now that won’t be the case for Game 1.”