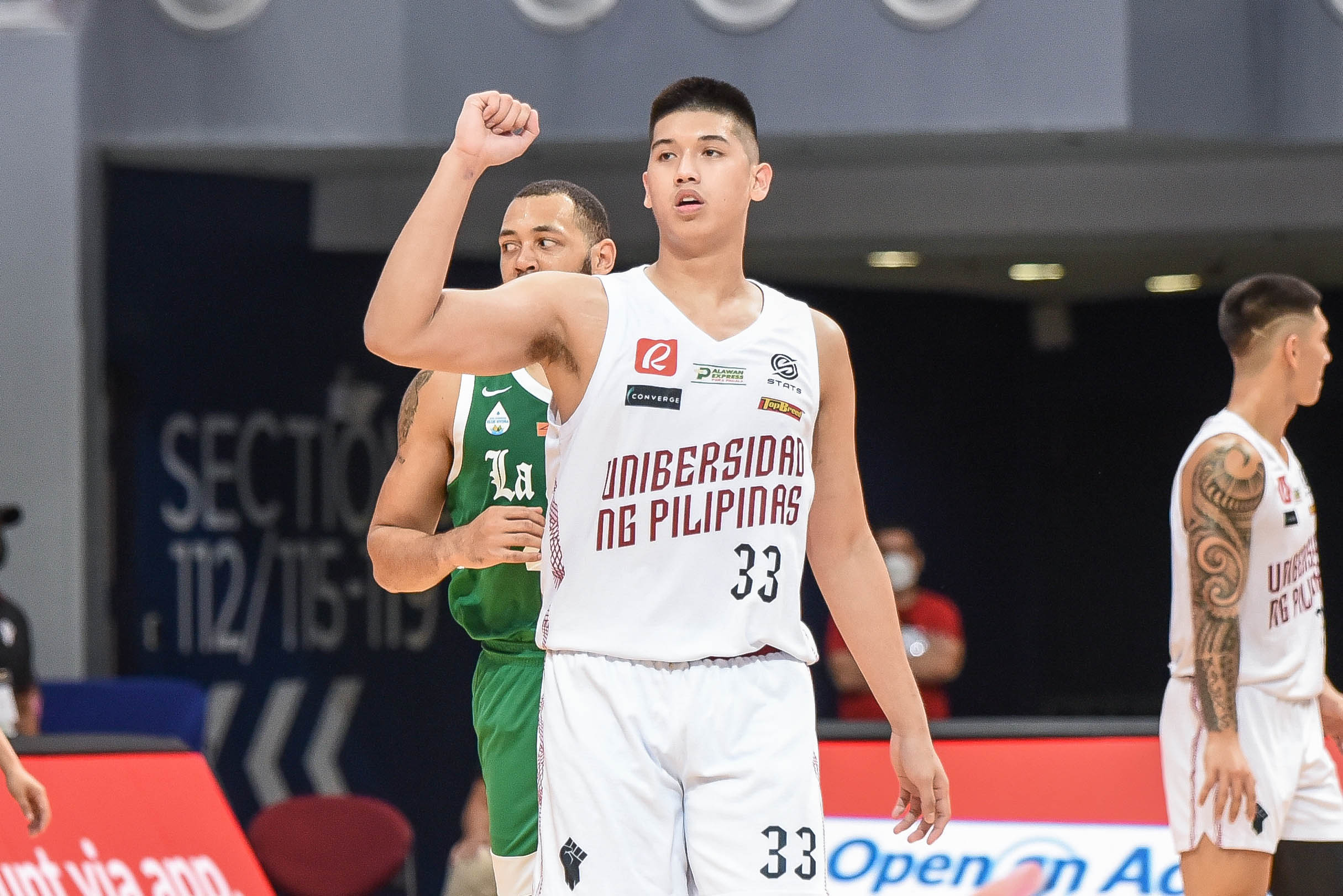 UP’s Carl Tamayo during a game against La Salle in the second round of the UAAP Season 84 men’s basketball tournament. Photo from UAAP

MANILA, Philippines — University of the Philippines rookie Carl Tamayo got the better of La Salle’s center Justine Baltazar in their second round duel in the UAAP Season 84 men’s basketball tournament.

The 6-foot-7 big man dropped a career-high 23 points and grabbed 11 rebounds as UP escaped La Salle, 72-69, to secure a Final Four ticket on Saturday at Mall of Asia Arena.

Tamayo also held his fellow Gilas Cadet, Baltazar to a 6-of-22 shooting.

The 21-year-old deflected the credit to coach Goldwin Monteverde’s game plan for Baltazar, who, despite his poor shooting, still finished with 16 points and 12 rebounds.

“Credit to our coaching staff. They gave us (La Salle’s) tendencies and we just followed them until the end of the game,” said Tamayo. “We all know that (Baltazar) is one of La Salle’s go-to guys. So coach Gold taught us the proper defense for him and we just executed it.”

The Nazareth School standout is currently the Fighting Maroons’ leading scorer after 11 games with an average of 14.0 points and 7.78 rebounds, overtaking his teammate Zavier Lucero (13.27).

But for the young big man, he still has a lot of things to work on, especially his free throw shooting after he missed six of his 10 free throw attempts against La Salle including two crucial ones with UP only holding a 71-67 lead with five seconds remaining.

“My improvement as a player won’t stop here. Even when you go to the pros, there is still room for improvement,” Tamayo said. “I have to work on my free throws, especially in the endgame. I have to work hard on those things. I still have a lot of things to improve as a player.”

After assuring a semifinals berth, Tamayo and the Maroons are determined to finish the eliminations strong now that they are down to their last three games starting on Tuesday against University of the East.