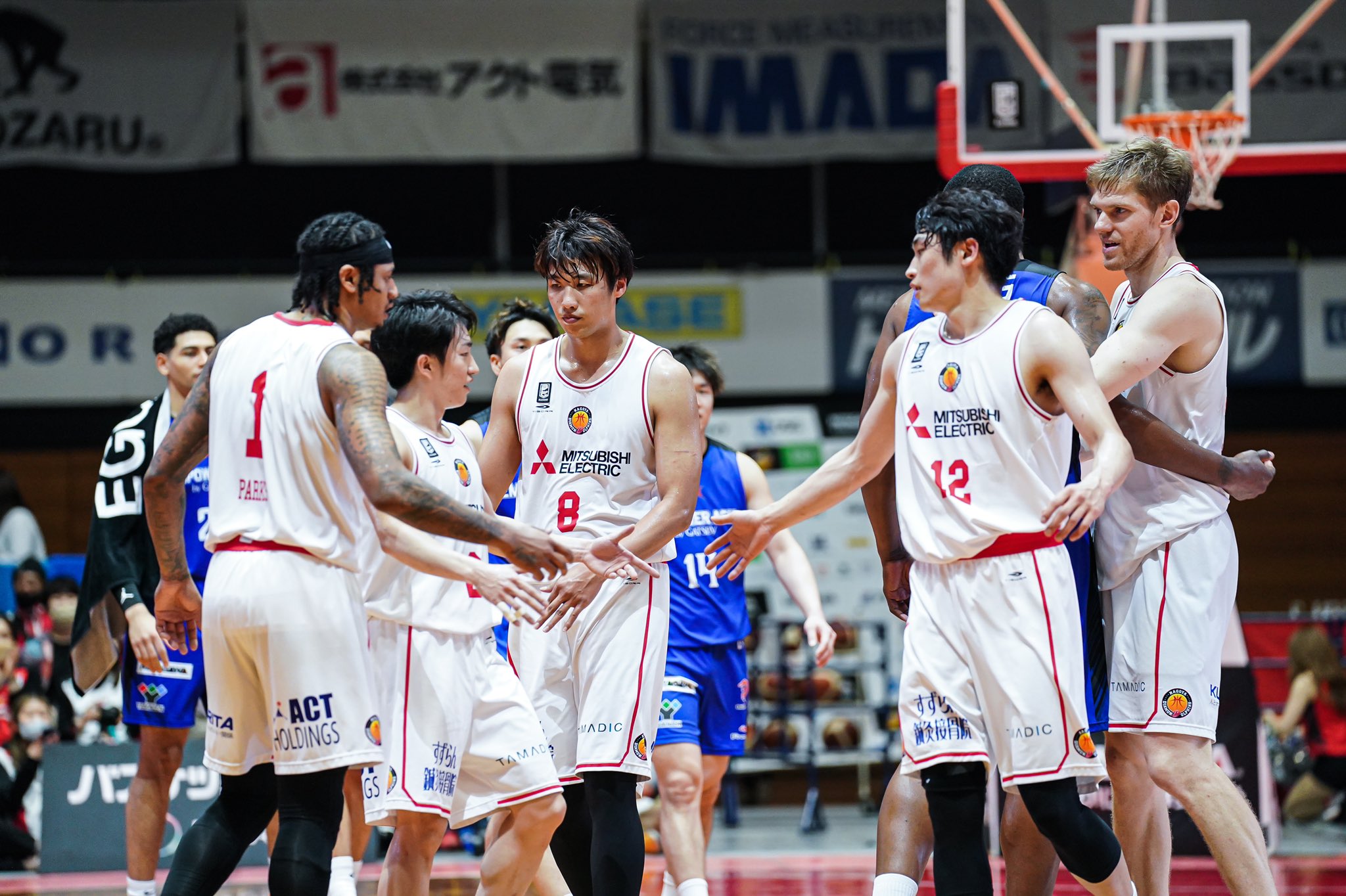 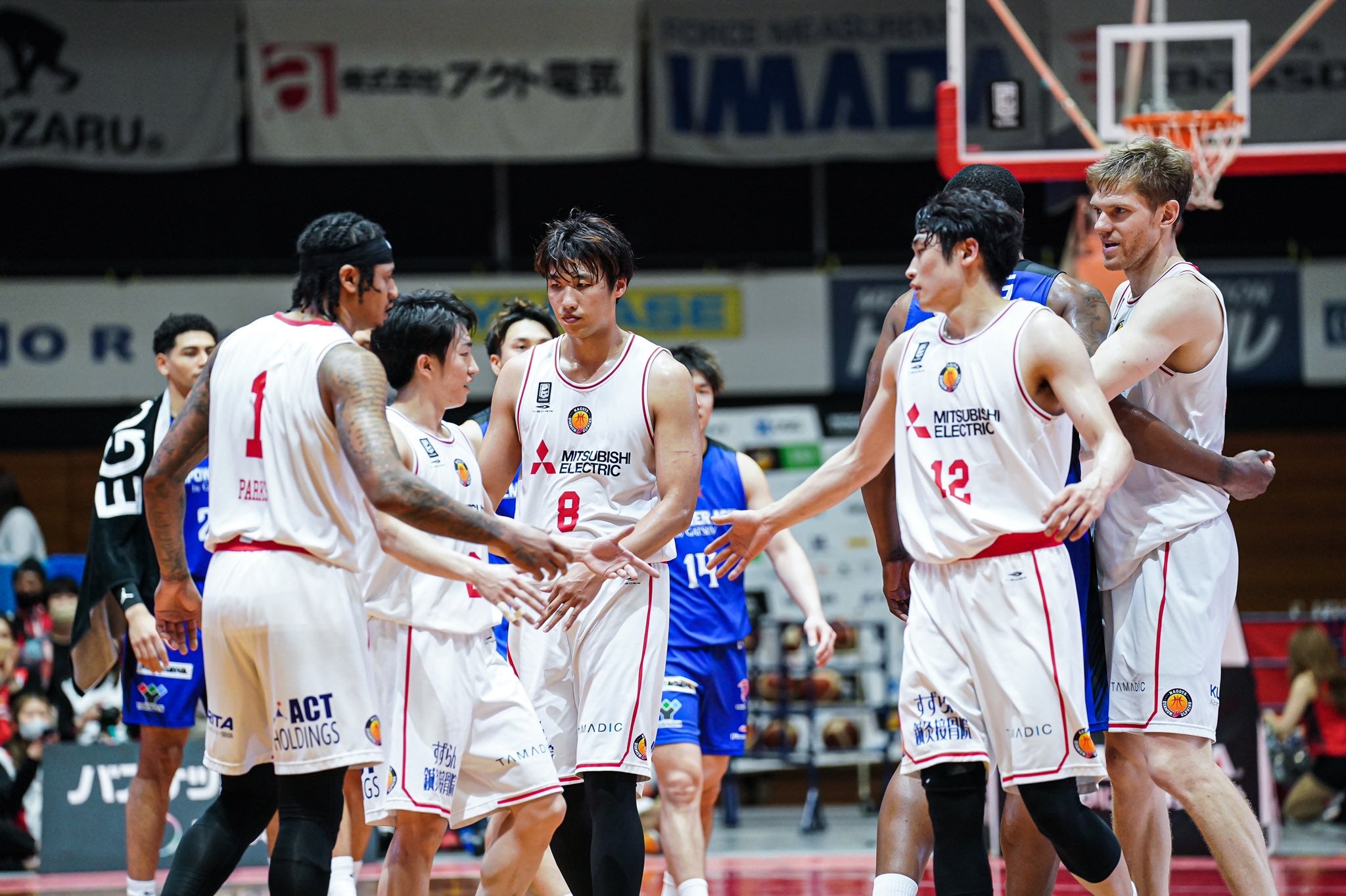 Parks delivered 15 points with an efficient 4-of-5 shooting from deep to go with five assists and two steals.

The National University standout displayed nerves of steel as he sealed their victory with two clutch free throws after Yoshiyuki Matsuwaki trimmed the San-En’s deficit to just one, 87-86.

Parks and the Diamond Dolphins scored their fourth straight win and booked a ticket to the playoffs with a 30-13 record, third in the Western Conference.

Ravena returned to action after missing the NeoPhoenix’s last six outings and tallied eight points, four assists and three rebounds off the bench.

San-En dropped to 10-42 despite the 26-point effort of Elias Harris.

Licking the wounds of their 97-96 defeat on Saturday, the elder Ravena delivered 16 points, six assists, three steals and two rebounds as the Lakestars improved to 14-37.

Ramos had six points, three rebounds and three assists but it was enough for the Grouses to complete a weekend sweep of the Hannaryz and rise to a 22-32 record.

Brice Johnson poured 27 points and 11 rebounds, while Julian Mavunga had 24 points and nine assists for Toyama.

However, the other Filipino imports were not as fortunate as Parks, Ramos and Kiefer.

Gomez de Liano drilled four three-pointers and collected five rebounds and three assists. But the Robots suffered their second straight loss and slid to 14-34 despite the 34-point explosion of Atsunobu Hirao.

Niigata lost its 12th straight outing and dropped to 5-41 card in danger of being relegated to Division 2.