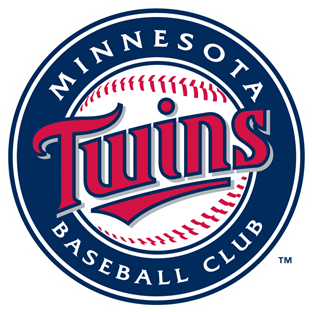 Wacha pitched five shutout innings in his Fenway Park debut with Boston and Story drove in his first two runs in his new ballpark, leading the Red Sox to an 8-1 victory over the Minnesota Twins on Sunday.

“It’s everything and more,” Story said of having Fenway as his home park. “Just coming here as a visitor two different times, it’s a hostile environment, you can feel that. Much better feeling coming as a Red Sox. It’s been great, the energy, the atmosphere is everything I thought it was.”

It was the second straight day the Red Sox beat the Twins after losing their home opener.

J.D. Martinez had an RBI double and sacrifice fly for Boston.

The teams close out the four-game series in Boston’s annual Patriots’ Day game on Monday morning with a scheduled first pitch of 10:10 a.m. Central Time.

It’ll be the first time since 2019 that the game will be played in conjunction with the running of the Boston Marathon after the contest was canceled due to the COVID-19 pandemic in 2020 and the marathon was moved to October last year.

Signed to a $140-million, six-year deal as a free agent during spring training after playing six seasons in Colorado, Story hit a two-run single during a six-run eighth inning. Wacha, signed to a one-year, $7-million deal during the offseason, allowed a single with five strikeouts and two walks.

“To come out here and get a team ‘W’ is great,” said Wacha, who faced the Red Sox in Fenway twice with the Cardinals when they lost the World Series to them in 2013.

“Most definitely different,” he said, smiling. “Wasn’t getting harassed down in the bullpen, in the dugout and, basically, on the mound the entire time. It was good hearing the cheers on my side.”

Matt Straham (1-0) got his first win in a Red Sox uniform by getting four outs.

Bailey Ober (1-1) gave up two unearned runs and four hits in six innings, walking one and striking out three.

“We’ve been in every game,” he said. “We’ve had a chance to win every game, so that’s great. That’s the positive side of it. Now we’ve just got to put all the pieces together.”

Wearing their yellow-and-powder-blue city connect uniforms for the second straight day, the Red Sox broke in front 2-0 on sacrifice flies on consecutive pitches by Martinez and Alex Verdugo after Rafael Devers reached when Miguel Sanó booted his grounder for an error and Xander Bogaerts doubled off the Green Monster.

The Twins avoided being shut out for the third time this season when Trevor Larnach had a sacrifice fly in the seventh.

Mixing his fastball in the mid-90 mph range with his changeup and cutter, Wacha breezed through the first four hitless innings before Gio Urshela opened the fifth with his hit up-the-middle.

Twins: Placed RHP Sonny Gray on the 10-day injured list a day after he left his start in the second inning with a strained hamstring. Manager Rocco Baldelli said he expects him to miss one start. The club activated RHP Cody Stashak (right biceps tendinitis) off the IL to take his spot.

Red Sox: LHP Josh Taylor (back soreness) was expected to begin a rehab assignment with Triple-A Worcester on Sunday.

THAT WAS A TEST

Wacha got Correa on a called strikeout with a fastball on the outside corner, capping a 15-pitch at-bat leading off the fourth.

“It was a good at-bat,” Correa said. “I felt like I needed an at-bat like that, where I could see a lot of pitches. My timing has been on and off, some days I feel good, some days I’m not, which is usually what happens in spring training.”

The Red Sox have been scheduled to play at home on that day, a holiday in Massachusetts and Maine that celebrates Paul Revere’s ride and the battles of Lexington and Concord in 1775, every year since 1959. It was canceled due to weather six times, by the players strike in 1995 and pandemic in 2020. Boston is 71-53 all-time on that day.

RHP Dylan Bundy (1-0, 0.00 ERA) is slated to start for Minnesota on Monday. Lefty Rich Hill (0-0, 6.23) is scheduled for Boston. Bundy worked five shutout innings in his Twins’ debut. The 42-year-old Hill is back with the Red Sox for the third time in his career.