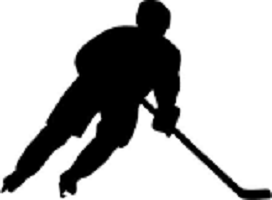 ST. PAUL, MN (AP) — Jared Spurgeon scored his second goal of the game 1:05 into overtime, tipping a shot from Kevin Fiala, to send the Minnesota Wild to the playoffs with a 5-4 victory over the San Jose Sharks on Sunday.

The Wild have 101 points, one behind St. Louis for second place in the Central Division after the Blues beat Nashville on Sunday. The Predators and idle Dallas have 91 points as the top-two wild card teams.

“We almost got what we deserved tonight,” Minnesota coach Dean Evason said. “We were very fortunate really to have success in that game. We talked after the game that it’s rare that we even talk about this anymore. So, it has to be a one-off. For the most part here now for a long time we’ve played the right way.”

James Reimer stopped 23 shots for the Sharks. They are winless in their last 10 games and were coming off a 2-1 loss in Dallas the previous night. Six of the losses have come by one goal, three in overtime and one in a shootout.

“It’s frustrating,” Nieto said. “I’m not going to lie. It sucks, but we have to find a way to end this thing.”

The Wild controlled the ice early, looking like a team headed to the playoffs against the struggling Sharks.

Kulikov scored his sixth goal of the season after Fiala skated across the slot and gave the defenseman a drop pass. Just 1:25 later, Spurgeon sent a shot from deep at the corner blue line through traffic to beat Reimer.

Balcers scored his 10th goal before the end of the first with a wrist shot. Thomas Bordeleau, making his NHL debut for San Jose, recovered the puck and passed to Balcers for his first career assist.

Nieto tied it 1:19 into the second with his sixth goal.

Minnesota took another lead on Boldy’s 14th goal, but the Sharks answered again when Fleury gave up a rebound right in front and Gregor was there to score his fifth of the season.

“We were happy with our first,” Spurgeon said. “And the second, I thought we were just trying to do too much and being too fancy. I guess you could call it soft. Just trying to make plays that weren’t there, and fed right into their game and then gave them some life. So, obviously talked about it between the third that that’s not going to work come playoff time, and we got to sort of shore it up here.”

After Bonino gave San Jose its first lead 1:37 into the third, Fiala tied it by deflecting a shot from Jordie Benn as he was leaping in front of Reimer.

Fiala added three assists, including one on Spurgeon’s game-winner. He has six goals and six assists in his last six games.

“It’s always nice to make the playoffs,” Fiala said. “We’re here right now, but it’s nothing. It’s regulation and we have still seven more to go. And still the second place, still the home advantage there we want to take. And from there it starts. The playoff is not here yet.”

Fiala appeared to make contact with Reimer’s glove as the shot was deflected in. Sharks coach Bob Boughner said the team considered challenge Fiala’s goal, but felt Fiala was out of the crease and wasn’t sure if the call would be overturned.

In the end, it was another one-goal loss.

“It’s crazy how close we are on a lot of nights,” Boughner said. “I’ve never been through anything like this as a coach or as a player, losing this many games. … It’s our job to try and draw on the positives, especially with nine rookies in the lineup tonight, is trying to provide a lot of teaching at this point of the season. There’s a lot of good going on and you’ll never see it in the win-loss column right now.”

Bordeleau, the second-round pick in the 2020 draft by San Jose, became the 18th rookie to suit up for the team this season, a new franchise record and tied for the ninth-most in a single season in NHL history.

The 20-year-old signed a three-year contract Saturday after playing with the University of Michigan this season where he had had 11 goals and 25 assists in 36 games.

Minnesota, with a six-game point streak, continues its run at franchise records. The Wild reached 47 wins and 101 points this season. It’s the most points in team history after 75 games and the fifth time in history they’ve surpassed 100 points.

Minnesota is two wins and five points away from its franchise records sent in 2016-17. The Wild are 15-2-4 in their last 21 games and lead the NHL in points since March 8.

Wild: At Montreal on Tuesday night.