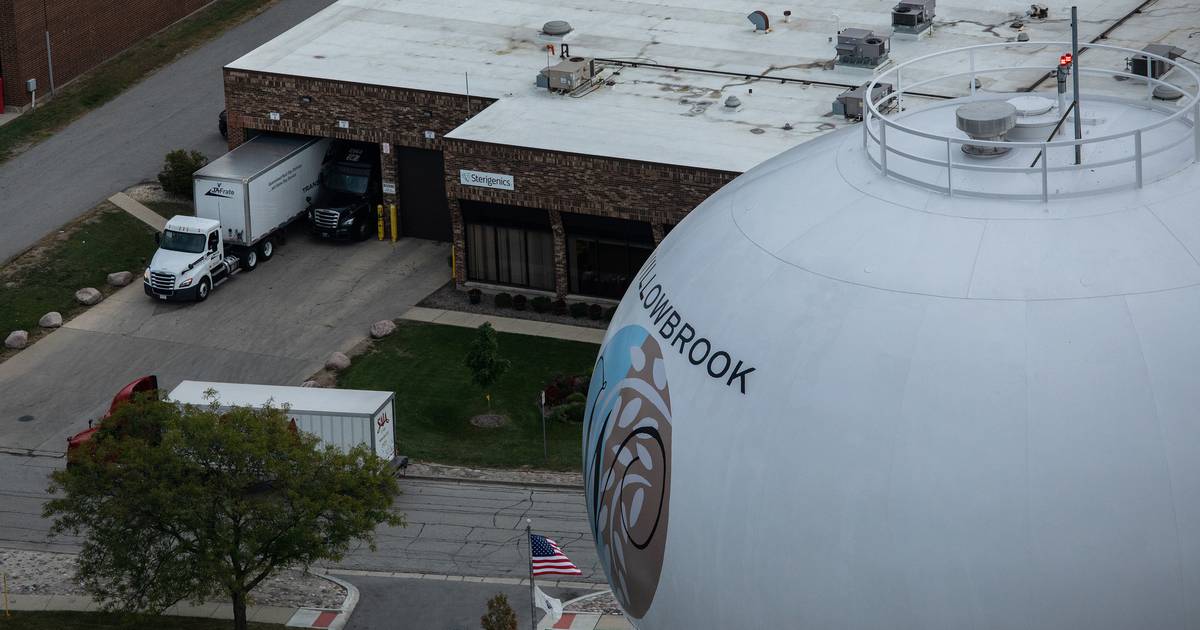 When Sue Kamuda moved to Willowbrook during the mid-1980s, she had no idea her new home was a hot spot of cancer-causing air pollution.

By the time she and her neighbors first learned about the pollution in 2018, Kamuda was more than a decade removed from being treated for breast cancer. The fear, sadness and anger she felt after her diagnosis came flooding back, tempered by reminding herself she had survived long enough to retire comfortably and watch her eight grandchildren grow up.

Now Kamuda is the first of more than 700 people seeking retribution from Sterigenics, an Oak Brook-based company that released cancer-causing ethylene oxide into neighborhoods surrounding a Willowbrook facility where the toxic gas was used for decades to sterilize medical devices.

A trial that began Thursday in Cook County Circuit Court will revisit a federal investigation that concluded Sterigenics was responsible for long-term cancer risks up to 10 times higher than what is considered acceptable by the U.S. Environmental Protection Agency.

Cancer risks remained high in Willowbrook and nearby suburbs despite improvements Sterigenics voluntarily undertook in 2019 to prevent all but one-tenth of 1% of the ethylene oxide it used from escaping into residential areas, the EPA found after monitoring the company’s pollution for several months.

During opening arguments in a Daley Center courtroom, Kamuda’s attorneys previewed how their case will rely in part on industry documents showing Sterigenics executives feared losing one of their most lucrative businesses if the federal government limited or banned the use of ethylene oxide by commercial sterilizers.

Every time environmental or workplace safety regulators have proposed more stringent controls, attorney Patrick Salvi II said, Sterigenics has participated in efforts to block them in Washington and state capitals.

Among the documents projected on a courtroom screen was a 2018 email sent to several company executives. Lobbyists for chemical manufacturers and the sterilization industry thought they could “force the EPA to use an alternative” to a 2016 report concluding ethylene oxide is far more dangerous than previously thought, the email said.

The EPA report — based on decades of animal research and a study of 17,000 workers at sterilization facilities — found that breathing even tiny amounts of ethylene oxide during a person’s lifetime can trigger breast cancer, leukemia and lymphomas. Two panels of independent researchers agreed with the agency’s conclusions.

An excerpt from the Sterigenics email highlighted by Salvi did not provide details. But a 2019 Chicago Tribune investigation documented how the company helped finance research by industry-connected scientists claiming ethylene oxide is harmful only at high levels of exposure.

“At the end of the day this is a simple case,” Salvi told jurors. “This company put too much of a carcinogen into the air, it got into a woman’s lungs and that woman got breast cancer.”

Ann Marie Duffy, an attorney for Sterigenics and its parent company, Sotera Health, signaled during her opening arguments that the companies might base their defense in part on the same industry scientists whose research was rejected by the EPA and its advisers.

Duffy stressed repeatedly to jurors that breast cancer is very common. She vowed the defense team will prove there is no way Kamuda was harmed by Sterigenics, arguing the human body naturally produces more ethylene oxide than the synthetic version emitted by the sterilization facility.

“Their case will try to make you mad at our clients and ignore scientific evidence,” Duffy said of Kamuda’s attorneys.

The Willowbrook facility, she said, “was on the cutting edge of technology and was always in compliance with its (environmental) permits.”

Sterigenics closed the Willowbrook plant in 2019 under pressure from community groups, local officials, state lawmakers, members of Congress and Gov. J.B. Pritzker, who at one point that year banned the company from using ethylene oxide.

Duffy noted the Illinois EPA had approved a new permit that would have prohibited Sterigenics from releasing more than 85 pounds of the toxic gas annually, down from 4,600 pounds the company reported emitting during 2017. The only reason company officials left Willowbrook is their landlord refused to renew their lease, she said.

An analysis by the Illinois Department of Public Health found that women and girls living near Sterigenics between 1995 and 2015 suffered higher than expected rates of certain cancers associated with long-term exposure to ethylene oxide.

The U.S. EPA’s investigation concluded that Sterigenics’ pollution increased the risk of developing cancer for people living as far as 25 miles away from the Willowbrook facility. Other suburbs with the highest risks included Darien, Burr Ridge, Hinsdale, Indian Head Park and Western Springs.

Sterigenics and its corporate predecessors emitted considerably more ethylene oxide when Kamuda became a Willowbrook resident ― 169,000 pounds in 1987 alone, according to company documents filed with the EPA.

“They’ve been poisoning us for years and they knew it,” Kamuda told the Tribune in 2018.

Salvi said one of his expert witnesses will show jurors the company likely underestimated how much pollution it released into surrounding neighborhoods.

Other industrial sources of ethylene oxide across the nation continue to legally operate under federal regulations that haven’t been updated to reflect the EPA’s latest assessment of the toxic gas.

In April 2021, the EPA’s inspector general reported that industry-connected political appointees in the Trump administration blocked the agency from investigating ethylene oxide polluters and prevented career staff from warning Americans about the hazards.

The Biden EPA is promising to adopt more stringent limits on pollution from sterilization facilities, including eight still operated by Sterigenics.

Agency officials announced this month they will hold public meetings in nearly two dozen communities where breathing ethylene oxide from sterilizers is responsible for more than 1 case of cancer for every 10,000 people exposed during their lifetime. None are in Illinois.