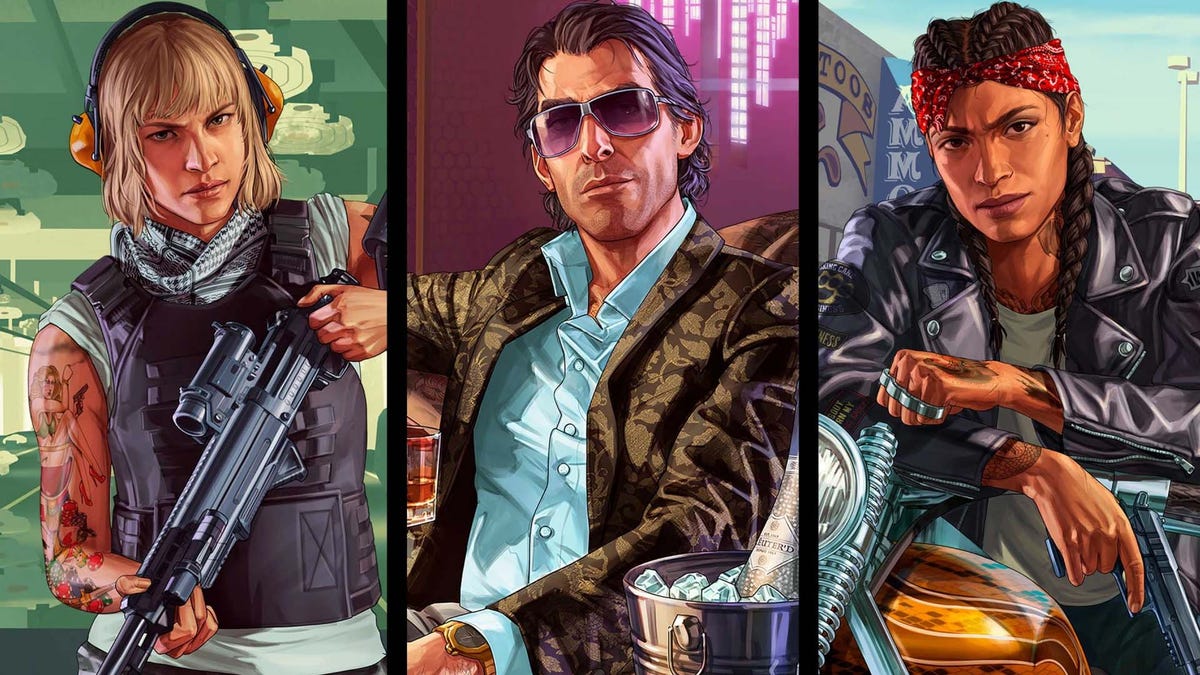 The recently released PS5 and Xbox Series X/S versions of Grand Theft Auto V seem to be missing some content that was considered by many to be transphobic. These elements had received criticism from some journalists and players, though Rockstar Games has not commented publicly on what motivated the decision to make these changes.

The removal of this content was first spotted by Reddit user JayProspero who noticed a small change in one of the in-game offices. In older versions of the game, a row of packaged action figures on display included one that features “interchangeable genitalia,” is dressed in pink with garish makeup, and has a large penis-like bulge. This action figure, which could certainly be interpreted as a nasty joke about trans women, is no longer present in the PS5 or Xbox Series X/S port.

Also removed from the latest edition of GTA V are NPCs that were labeled as “drag queens” in the game’s director mode and tagged as “transvestites” within the game’s files on PC. These characters also sported garish makeup, bulges, and could be heard sometimes telling the player or other NPCs that they were using “hormones.” Again, these characters were obviously a joke at the expense of trans women.

Both the action figure and the NPC “drag queens” are now gone from the game. The models for the NPCs do remain in the game’s files, but no longer spawn and seem to have had their voice lines cut, as documented by GTA modder and dataminer SpiderVice and GTA Forums admin Kirty Cloud. (SpiderVice has assisted Kotaku and myself in the past in the past with datamining verification and cut content stories.)

Last year, Kotaku’s own Carolyn Petit wrote a story about GTA V’s awful depiction of trans women, citing the now-removed NPCs as well as the abundance of transphobic ads throughout the game’s world, which still exist in the game as of 2022. This story was then directly referenced by the LGBTQ+ gaming advocacy group Out Making Games in an open letter to Rockstar. In the letter, the group called on the company to “remove transphobic elements from the game,” stating that Rockstar had an opportunity to “have a positive impact on the new generation of players” coming to GTA V via these fresh ports.

Here’s what Petit had to say about the trans NPCs last year:

Often, people respond to concerns like this by pointing out that you can target and kill anyone in Grand Theft Auto V. The game is “equal opportunity” in the freedom it offers you to wreak havoc in Los Santos, they say. If you want to, you can target white guys in cargo pants, or people doing yoga.

But there’s nothing “equal opportunity” about the position trans people hold in society right now. And unlike other random NPCs, the way Rockstar designed GTAV’s trans people actively plays into the hateful stereotypes harbored by many transphobic players. The trans sex workers you can encounter, with their garish makeup and prominent penis bulges, seem calculated to be ridiculous and repulsive to players who bring their pre-existing transphobia to the game with them. It’s as if they’re designed specifically so that some players could relish hurting and killing them because they are trans.

Rockstar has yet to officially discuss its reasons for removing the content, or what other details, if any, may have been changed. Kotaku contacted Rockstar Games about the removed NPCs and action figure but didn’t receive a response in time for publication.

In a short blog posted yesterday, Out Making Games responded to the discovery of the removed NPCs and action figures, saying that the group is “thrilled” by the adjustments.

“Grand Theft Auto V is a wildly popular game with millions of players worldwide,” wrote Out Making Games. “This change can have a huge impact on the way that those players see trans people. Thank you to everyone at Rockstar who prioritized this issue – we ourselves are game developers and understand that even small changes like this take coordinated time and effort.”

FaZe Clan’s Wall Street Pivot Has Been A Disaster