Tony Sirico, Paulie Walnuts on ‘The Sopranos,’ dead at 79 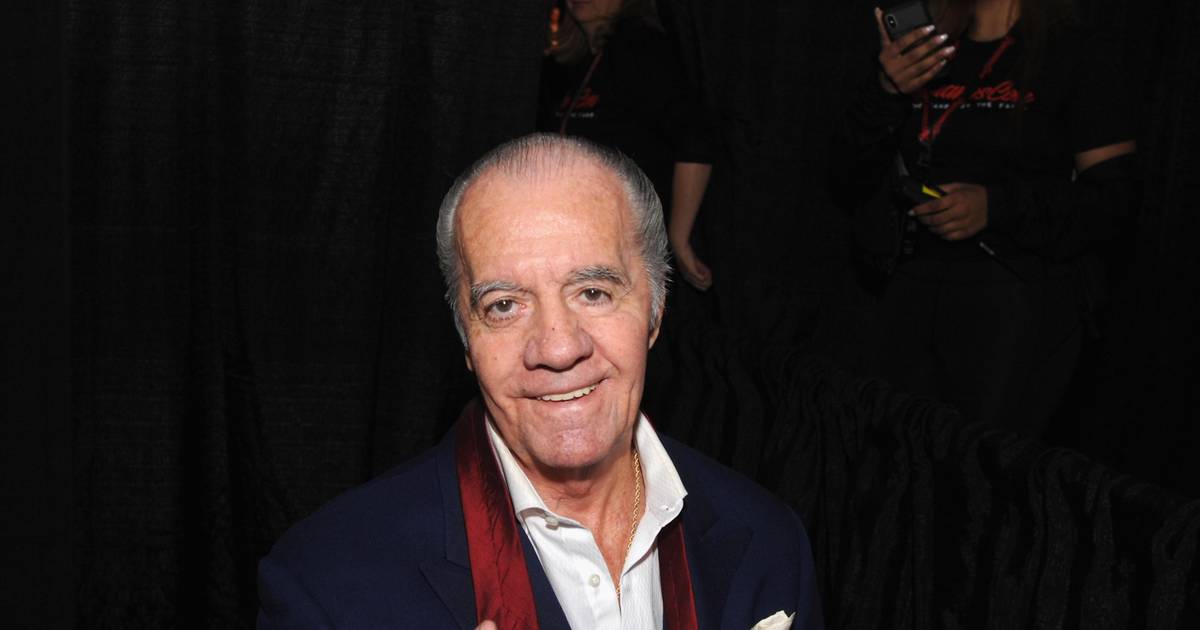 Tony Sirico, the former mobster turned movie star best known as Paulie Walnuts on “The Sopranos,” died Friday. He was 79.

Sirico’s death was announced by his brother, Robert, and his “Sopranos” co-star Michael Imperioli.

“It pains me to say that my dear friend, colleague and partner in crime, the great Tony Sirico has passed away today,” Imperioli wrote on Instagram. “Tony was like no one else: he was as tough, as loyal and as big-hearted as anyone I’ve ever known.”

Sirico’s tough-talking, line-repeating Paulie was a fan-favorite among “Sopranos” watchers, as Sirico’s charm made the character lovable despite his vicious actions.

“The Sopranos” was one of many gangster roles for the Brooklyn-born Sirico, who also appeared in “Goodfellas,” “Mob Queen” and “Gotti.” He was also a favorite of director Woody Allen.

But earlier in his life, it wasn’t an act. Sirico was arrested 28 times — first at age 7 — and spent two different stints in prison before getting into acting. When he took the role of Paulie, Sirico said he’d only do it if “Sopranos” creator David Chase promised him Paulie would never be a rat.

“I was a pistol-packing guy. The first time I went away to prison, they searched me to see if I had a gun — and I had three of ‘em on me,” Sirico told the Los Angeles Times in 1990. “In our neighborhood, if you weren’t carrying a gun, it was like you were the rabbit during rabbit-hunting season.”

Born Gennaro Anthony Sirico on July 24, 1942, in Brooklyn, Sirico grew up in Bensonhurst. Almost half a century later, he said he’d take it “over Beverly Hills any day.”

He first made the police blotter at age 7, when he was busted for stealing nickels from a newsstand. A series of small-time crimes and weapons charges followed, but Sirico was only convicted twice — once on a weapons charge and once for armed robbery.

“I got 28 arrests and only two convictions, so you gotta admit I have a pretty good acting record,” he joked to the L.A. Times.

During his second prison stint in the early 1970s, Sirico watched a prison theater performance and said to himself: “I can do that.”

His first three credited acting appearances followed in 1977. He slowly picked up acting work through the 1980s, including an appearance on “Miami Vice” in 1989.

His first big film was 1990′s “Goodfellas.” His role of Tony Stacks may have been small for the film, but it was huge for Sirico, who went on to star in many more movies across the 1990s: “29th Street,” “New York Cop,” “Bullets Over Broadway,” “The Search for One-eye Jimmy,” “Mighty Aphrodite” and several more.

But the world knew him best as Peter Paul “Paulie Walnuts” Gaultieri on “The Sopranos.” Appearing in the show’s pilot through its final episode, Sirico brought inexplicable charisma to the role of ruthless mob enforcer.

“Sopranos” co-star Steven Van Zandt tweeted that Sirico was “a larger than life character on and off screen. Gonna miss you a lot my friend.”

Dan Grimaldi, who played Philly and Patsy Parisi on “The Sopranos,” knew his co-star since Sirico was 19. They both came from Brooklyn, with Sirico being three years older.

”He was a tough guy,” Grimaldi told the Daily News Friday. “No doubt he could handle himself. He was as tough as the characters he played.”

But Grimaldi, who stayed close with his pal after the show ended in 2007, spoke of him glowingly.

Sirico’s most famous episode is also one of the best in TV history, season 3′s “Pine Barrens,” in which Paulie and Imperioli’s Christopher Moltisanti must track down a Russian assassin after losing him in New Jersey’s infamous Pine Barrens. The two spend a freezing night in a truck, Paulie loses a shoe, and the Russian appears to get away.

“I was near froze by the time we got out of the set,” Sirico remembered in 2019. “Great time, and I really appreciate you people that watch the show and like it. And for those that haven’t, go f— yourself.”

Paulie was a consistent source of tough love on the show, delivering the coldest lines to Christopher during the younger character’s intervention. In another meeting, when Christopher asked Paulie if he felt “nothing good was ever gonna happen” to him, Sirico perfectly deadpanned the reply: “Yeah, and nothing did. So what?”

“We found a groove as Christopher and Paulie and I am proud to say I did a lot of my best and most fun work with my dear pal Tony,” Imperioli wrote Friday. “I will miss him forever. He is truly irreplaceable.”

Sirico continued filling gangster roles after “The Sopranos,” even appearing as a bastardized version of himself on “Family Guy” and as a mobster in “A Muppets Christmas: Letters to Santa.”

Sirico is survived by his two children, Joanne Sirico Bello and Richard Sirico, grandchildren, and several siblings including his brother, the Rev. Robert Sirico.

Robert said his brother’s funeral will be Wednesday in Brooklyn. It’s the place that was ingrained in Tony Sirico.