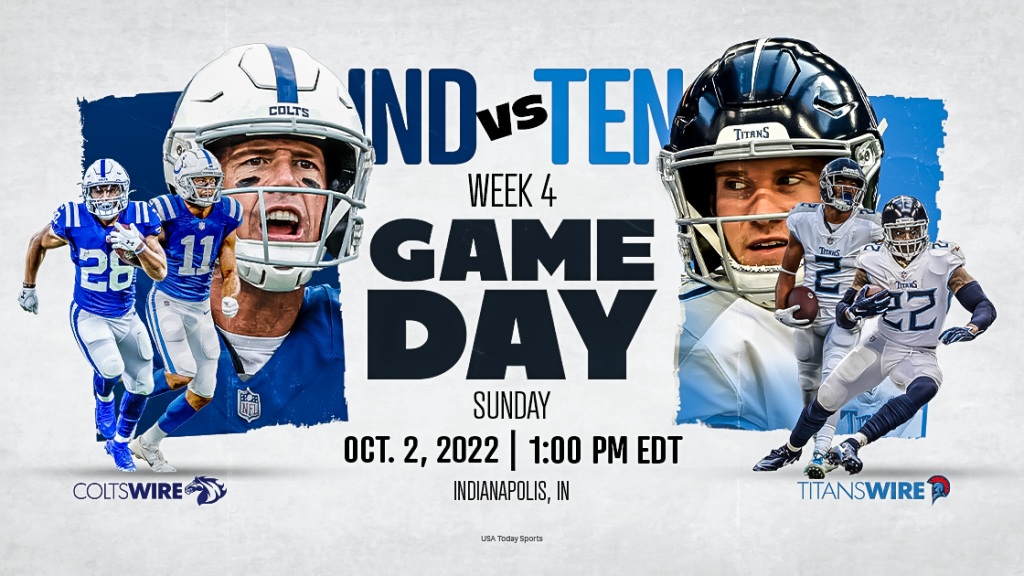 The Tennessee Titans (1-2) will travel to Lucas Oil Stadium on Sunday to face off against their division rival, the Indianapolis Colts (1-1-1), for the first of two meetings between these two teams in 2022.

The Colts and Titans currently sit in second and third in the division, with the upstart Jacksonville Jaguars (2-1) sitting in first place. However, a loss by the Jags in Week 4 would open the door for one of these two teams to move up.

If the Colts win in that scenario, they will have sole possession of first place. If Tennessee wins, the Titans and Jaguars will be tied atop the division going into Week 5.

The Titans have won three straight over the Colts and four of the last five. Also, Tennessee has won eight straight games on the road against divisional opponents.

Here’s everything you need to know in order to tune in to Titans-Colts in Week 4 on Sunday.

What Philadelphia Eagles are saying about Tennessee Titans for Week 13

Tennessee Titans make 5 roster moves ahead of Week 13 vs. Eagles

The Best Luxe Winter Shopping, According to a Fashion Editor