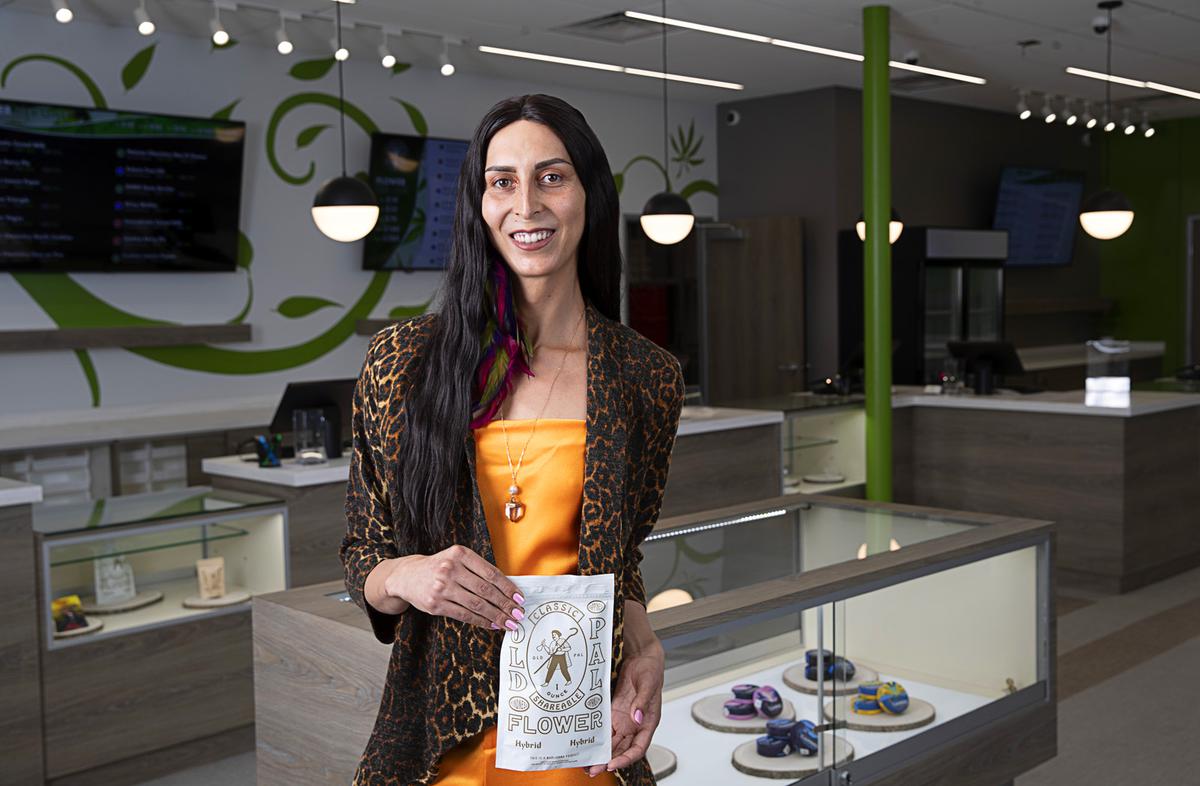 The owners of this Southern Nevada dispensary have a different business model.

MJ Jameson and her parents, Florence and Frank “Gard” Jameson, plan to eventually give 70% of the profits from their Tree of Life Dispensary to Las Vegas area charities.

MJ Jameson said the charitable giving will begin once the dispensary becomes profitable, which she said is expected to happen in the next year or two.

Florence is a community-minded OB/GYN in Las Vegas. Gard is an accountant who also teaches philosophy courses at UNLV. The pair have been active in the Las Vegas philanthropic arena for years and founded Volunteers in Medicine of Southern Nevada in 2010.

The family owns 70% of the Tree of Life operation, the reason for the 70% charitable contribution figure.

When she was younger, MJ Jameson’s use of cannabis didn’t thrill her parents. Over time, however, she was able to provide enough information to them, she said, to help change their opinions.

After voters moved to permit legalized recreational cannabis in Nevada in 2016, the Jamesons saw an opportunity to get into the dispensary business.

“At first, my mother and father didn’t see the merits of marijuana, but, being people of science, they took the good information that I produced … and they looked at things differently,” Jameson said. “Things have certainly changed in our country as far as attitudes toward cannabis, but there’s more work to be done.”

That includes the fact that dispensaries operate as cash businesses, because most banks shy away from the cannabis business due to the federal government’s classification of it as a dangerous “Schedule I” controlled substance. Earlier this month, the U.S. House of Representatives approved legislation that would decriminalize marijuana, but a bill is unlikely to pass in the Senate.

On the state level, however, it’s thriving across the country, including in Nevada, where cannabis sales topped the $1 billion mark for the first time during the fiscal year ending June 30, 2021. Sales during the 2020 fiscal year came in at about $684 million, according to state regulators.

Tim Lozott, CEO of Tree of Life and a former executive at Acres Cannabis, said he expects the industry to grow by about 15% per year during the next two or three years.

“Legislative-wise, we’re really waiting on federal legalization,” Lozott said. “When that happens, dispensaries won’t go away. Alcohol is legal, but we still have liquor stores. The same will be the case, we think, with cannabis and dispensaries. Sure, you might be able to buy eventually at a 7-Eleven, but you can also buy beer at a 7-Eleven right now.”

At the new Tree of Life space near Jones and Vegas Drive on a recent April afternoon, display cases sat ready for product. The store will have a curbside pickup and could eventually offer delivery, but not at first.

Lozott said Tree of Life’s location in North Las Vegas has been received well. Along with the Jamesons, he hopes the Tree of Life brand will become synonymous with the “conscientious” cannabis consumer crowd.

“We’ve heard from people who have seen our website and have told us they love our business model and that we’re giving back,” Lozott said. “We cater mostly to locals, but we like to call ourselves the ‘community dispensary.’”

Until Tree of Life becomes profitable, Jameson said, customers can still give back when they make a purchase at one of the Tree of Life locations.

One option is for customers to take advantage of a round-up feature that allows them to round their purchase up to the nearest dollar figure. The spare change goes to Volunteers in Medicine of Southern Nevada.

Cash machines at Tree of Life locations will also donate 60% of all ATM fees to the same charity.

MJ Jameson said one of her family’s goals is to inspire other business owners in the Valley to give back to their community.

“We understand 70% is a big number, but maybe others could commit to giving a different percentage,” she said. “We’re also not just going to give to charities that my parents are involved in. We’re planning to eventually take applications from potential charitable partners in town. We hope to be an example for other business owners.”

Click HERE to subscribe for free to Vegas Inc’s BizClick newsletter. Stay up to date with the latest business news in Las Vegas sent directly to your inbox each Monday.