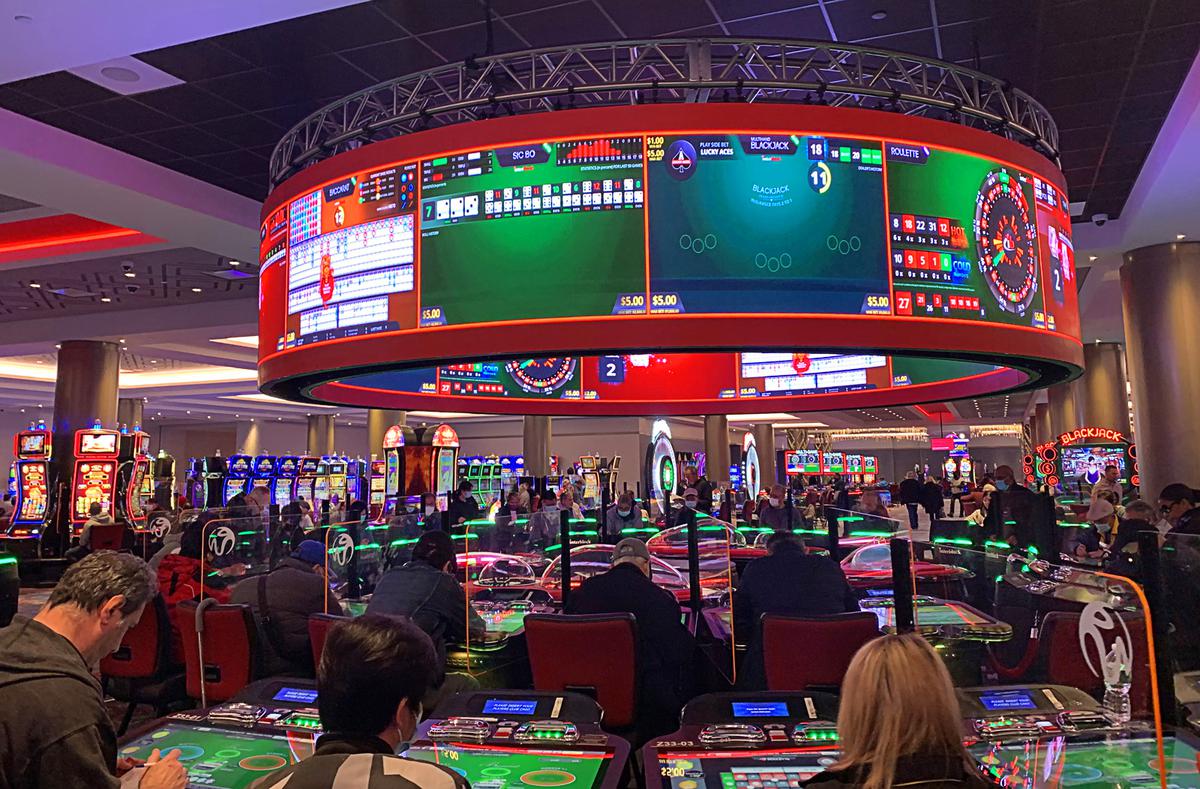 NEW YORK — With the latest edition of the New York Post in one hand and a beer in the other, George Miller fumbled for a betting slip he feared might have been blown away on a blustery day at a racetrack parking lot on the outskirts of New York City.

A Long Island resident, Miller likes to come to the Aqueduct Racetrack in Queens to play the horses, but he also likes visiting casinos, often traveling to Atlantic City or a couple times a year to Las Vegas.

“I like Atlantic City,” Miller said. “It’s by the ocean. It has a boardwalk; it’s nice there. I’m a gambler. If they build a casino in Manhattan, I’ll go there too.”

Though it’s nowhere near being finalized, a new casino in Manhattan — or in another New York City borough — could become a reality.

Earlier this month, lawmakers in New York agreed on a $220 billion state budget with language paving the way for three casino licenses.

According to The New York Times, the state is expected to introduce competitive bidding later this year for companies interested in obtaining a license.

But it won’t be cheap. Casino operators would have to pay the state at least $500 million per license, according to the newspaper.

That’s where Miller was in the hours leading up to the Wood Memorial, a prep event for the Kentucky Derby.

Though it has the look and feel of a Las Vegas casino, Resorts World New York City, which is in the Jamaica neighborhood of Queens near JFK International Airport, is classified as a “video lottery terminal.”

That means it can’t have live table game dealers. What it does have is over 6,500 slot machines and electronic table games on two floors, along with bars and restaurants.

On the day Miller visited the racetrack, people steadily filed into Resorts World. By early afternoon, it was packed.

Last year, a Hyatt Regency hotel was added to the complex. That’s where Anuoluwapo Paseko stayed the night before the Wood Memorial.

A data analyst from Indianapolis, Paseko was on his way to the United Arab Emirates, where he planned to attend a family function. A gambler, Paseko spent some time at Resorts World during his stay.

“We have some casinos in Indiana, and I go to them a lot,” Paseko said.

He said he also likes to sneak off to Las Vegas when he can and usually stays at the Mirage. “I love Vegas. Here, this casino is kind of boring,” he said.

Though it may not have all trappings of a Las Vegas Strip casino, Resorts World New York City has been popular with locals, said Joe Addabbo, a Democratic New York state senator who chairs the state’s Committee on Racing, Gaming and Wagering.

According to the New York State Gaming Commission, Resorts World reported a net win of nearly $55.7 million for March. Before the pandemic, the facility would often report monthly wins of over $70 million.

With a population of about 19 million, the New York City area is seen by many in the gaming industry as a potential cash cow.

“We’ve been talking for years about New York,” said Goldstein, whose company recently sold its Venetian and Palazzo properties in Las Vegas. “We’re big believers in that market.”

He said Las Vegas Sands is “in the hunt” for a New York license and believes the market is “underserved by the current product.”

MGM, a Las Vegas-based company with a huge footprint on the Strip, owns the Empire City Casino complex — a racetrack and video gaming facility in Yonkers. It is also interested in a New York casino license, and on the Empire City website says a license would mean thousands of additional jobs.

The firm referred to Empire City and Resorts World as “likely winners” for two of the licenses.

At Empire City, CBRE predicts a license could garner close to $1.3 billion in annual gaming revenues.

The proliferation of casinos and sports betting across the United States has raised questions about the impact of regional gaming on visitation to Las Vegas.

David Sambur, co-head of private equity for Apollo Global Management, which bought the operations of the Venetian and Palazzo, said the company remains bullish on Southern Nevada.

“Yes, there are more options for people to game in the U.S., but there’s not really a competitor to Las Vegas from a tourism destination perspective. Nobody else has what Vegas has to offer,” Sambur said.

In 2019, before the pandemic, about 905,000 people traveled to Las Vegas by air from the New York City area, making it Vegas’ fifth-largest air feeder market.

Addabbo said more East Coast casinos could have some impact on Nevada, but “Las Vegas provides things that we don’t have, such as nice weather in the wintertime.”

Paul Grasso, a New Jersey resident who was also at the Aqueduct Racetrack, said he’s been to Las Vegas a couple of times.

“The weather alone is worth it,” he said. “It’s cold out here today. I’d rather be in Vegas by the pool with a drink with an umbrella in it.”