The secret charm of Lower Silesia 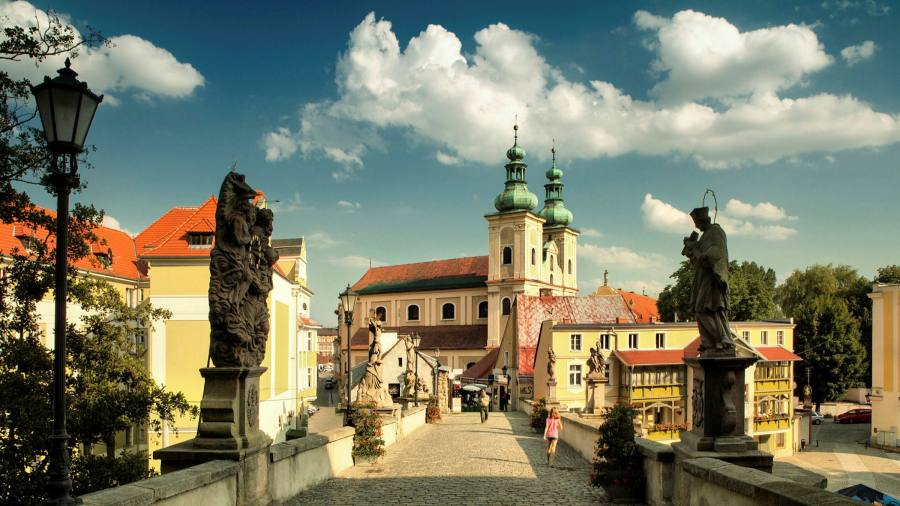 Adolf Hitler never dreamt that Germany would lose Lower Silesia. If he had, presumably he would not have set about building a vast underground city under its mountains.

Tunnel networks were dug into the rock but left unfinished when the war ended. The project was called Project Riese (meaning “giant”) and, spread over several dozen square kilometres, was unmatched in its scale and ambition. What the Nazis were planning to do here remains a mystery. “All the plans disappeared at the end of the war,” explained the guide who showed me around the cold, damp tunnels.

There are other secrets hidden here in Poland’s Owl Mountains. Some locals believe Nazi treasure might also be buried here — Poland says half a million works of art were stolen during the war. People kept secrets too, both the German mining engineers who stayed and the Poles, harbouring grim wartime memories, who arrived. For years, the details of their entangled histories remained unspoken.

Perhaps the Nazis hoped to recover their gold and artworks after the war, not anticipating that Lower Silesia, part of the German Empire since 1871 and predominantly German and Austrian since the late Middle Ages, would be given to Poland in 1945, only to vanish behind the iron curtain, where it sank into obscurity and disrepair. To this day, the region is overlooked by tourists, though it is crammed with castles, Swiss-style villas and medieval towns with steep narrow streets that make you think of Italy.

In late spring I set off on a four-day trip to explore some of those little-visited spots hiding in plain sight in the heart of Europe. My British partner probably suspected he was in for endless servings of pierogi and the kind of dull, flat landscape that predominates near Warsaw. My knowledge of the region was only slightly better than his. Born and raised in Warsaw, in my youth I associated Lower Silesia with coal mines that had been closed down in the 1990s, and the ensuing poverty and decay.

We flew from London to Warsaw, borrowed a car from a friend and were on the motorway before midday. A new highway links Warsaw and Wrocław, the region’s beautiful capital, and after a few hours we were crossing the River Oder and arriving in what felt like a different world. We were leaving the old Russian-occupied part of Poland and entering an essentially German landscape, buoyed on a sea of green hills. Houses were few and far between, huge and with oval windows and sinuous lines of art nouveau. None of those we passed dated from after the second world war. The region was poor and stayed so after 1989, a fact that ironically helped to preserve its original architecture and green spaces. While investment was pouring into Warsaw, bringing in the aesthetic horror of the 1990s, Lower Silesia remained untouched.

Our first stop was Sokołowsko, a village near the Czech border surrounded by forests and hills. We pulled up in front of a monumental grey-brick four-storey villa called “Rosa” and stepped out into the late-afternoon sun.

In the 19th century, Sokołowsko was known as Görbersdorf and hosted the first tuberculosis sanatorium in Europe. Built by the German doctor Hermann Brehmer, it was such a success that a new sanatorium in Davos, Switzerland, was modelled after it. Pictures show patients lying in chairs covered with blankets, breathing the cold air, like a scene from Thomas Mann’s The Magic Mountain. The Polish Nobel Prize-winner Olga Tokarczuk has just written a novel about Görbersdorf, to be published this month.

When the painter and sculptor Bożenna Biskupska and her daughter Zuzanna Fogtt bought Villa Rosa 15 years ago, along with what remained of the sanatorium nearby, it was a dilapidated building full of old ghosts. Now renovated and packed with art, it has nine guest rooms and a pleasing view of the mountains. Biskupska’s studio is in the attic, the archive of renowned film director Krzysztof Kieślowski is on the floor below, and the villa has become a meeting place for artists from around the world. During our visit several young artists from Ukraine and Belarus were staying, invited by Biskupska following the outbreak of war.

We were shown to our room, which featured an abstract painting by Biskupska above the bed, and set off for a walk towards the centre of the village. Dusk had fallen, and the neo-Gothic towers of the old sanatorium loomed above us as we descended the hill. The fir trees that lined the path were planted to lower the temperature, deemed beneficial for the treatment of tuberculosis. There was a hum of rushing streams and the damp scent of the mountains.

In the village, the dim light revealed empty streets and buildings of rare beauty: tall German early Modernist villas with oeil-de-boeuf windows. Fogtt later told us that flats are becoming scarce as artsy people from Warsaw and Berlin have settled here or bought second homes. Even an Australian poet has moved in.

Eventually, we reached a building where a plaque informed us that Kieślowski had lived in an apartment on the first floor. The director of Decalogue and the “Three Colours” trilogy had spent his childhood here while his father was being treated for tuberculosis. Opposite was an old cinema, complete with an orchestra pit, built to entertain the rich clientele of the sanatorium. The future director saw his first films here, perched on a tree and peeking through a window in the roof.

As for the sanatorium, after the war, parts had been dismembered when the authorities were seeking bricks to rebuild Warsaw. In 2007, it nearly burnt to the ground. Now, its roof has been repaired and it houses, among other things, Biskupska’s striking life-size sculptures of half-people, half-shadows, recently returned from Auschwitz where they stood vigil for 35 years.

We set off again, this time across the invisible border with the Czech Republic, and after a 20-minute drive found ourselves in the scenic village of Adršpach. At a small crowded restaurant, we ordered some staple Czech food: knedlíčky (boiled bread-like dumplings), spicy goulash and smažený sýr (grilled breaded cheese), strikingly evocative of the sole of a shoe.

The other reason to visit is the Skalní město — thousands of rock towers, up to 81m high, formed from sandstone eroded over millennia. Parts of the 2005 film The Chronicles of Narnia: The Lion, the Witch and the Wardrobe were shot here, and it’s easy to see why. Narrow trails pass between the rock spires, which encircle a lake so turquoise it looks as if it has been Photoshopped.

Our diversion into the Czech Republic was a shortcut to our next destination, albeit back in Poland, such is the zig-zaggy nature of the border in these parts. In the evening, we climbed towards Międzygórze, a little mountain spa town developed in the 19th century by Princess Marianne of the Netherlands. The crystal mountain air, the shimmer of the stream, and the mock Tudor facades made me think of Tyrol or Switzerland. We were staying at Villa Titina, one of several Arts and Crafts-style guesthouses set among gardens and woods on the edge of the town.

It was from Międzygórze that we drove to Osówka, part of Hitler’s underground city, then on the way back we stopped for mint tea at Sarny Castle, one of many in the region. Prince Charles was once planning to buy and restore the late 16th-century castle as a conservation project but instead two lawyers and a journalist from Warsaw snapped it up. It is now undergoing a costly renovation but already hosts literary festivals and concerts, as well as offering 16 luxurious bedrooms in two of the castle outbuildings.

We stopped for dinner in Kłodzko, a stunning medieval fortress town on a hill, with a rich history of Czech, Polish, Austrian and German kings and princes fighting one another to own it. In Italy or France its streets might host a procession of tourists, but at 8pm the main square was empty except for two drunks and three teenagers.

Thankfully, one restaurant (“On the Iron Bridge”) was willing to serve us food at what was clearly considered an outrageously late hour. We washed down pierogi — there was no getting away from them after all — with kvass, a low-alcohol drink made from fermented grains, best known from Russian novels. The restaurant had a choice of eight, all produced locally by craft breweries and sold in hip bottles. Mine had a hint of honey and was deliciously fizzy.

On our last day, we visited a lonely stone-walled church on a steep slope overlooking Międzygórze. Now Polish Catholic, the Church of the Holy Cross was once German Evangelical. When the Germans were forced out after the war, Poles shipped in from the east would sometimes walk into the first house they clapped eyes on. Warm soup might still be on the table. There’s a poem by Tomasz Różycki, a contemporary Polish poet who was born in the region: “Everything I have is post-German ( . . . ) post-German graves, post-German flat, post-German stairs and clock . . . ”

Perhaps it’s no surprise that, though tourists are generally scarce, many of those who do visit are German. Descending stairs beside the magnificent Międzygórze waterfall, we suddenly found everyone was speaking German. There were middle-aged Germans, elderly Germans struggling down the slippery steps, and German teens being shepherded around on a school trip. For them, I suppose, this was some sort of homecoming; for me, it was the discovery of a whole new part of Poland.

Villa Rosa (villarosa.sokolowsko.org) has double rooms from PLN300 (£56) per night. Villa Titina (villapepita.pl) has doubles from PLN320. For more on visiting the region, see the tourist board website dolnyslask.travel; for details on visiting the Nazi Riese project, see osowka.eu. Tickets for the rock towers at Adršpach should be bought in advance at adrspasskeskaly.cz. There are direct flights to Wrocław from numerous European cities including London, Paris, Milan and Zurich