Price of UK pint up more than 70% since financial crisis 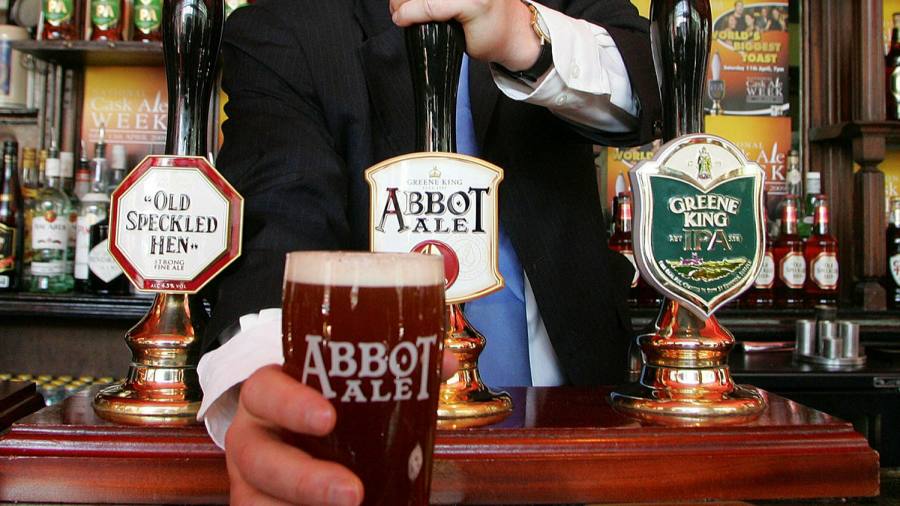 The price of a pint in the UK has increased more than 70 per cent since the 2008 financial crash, hitting £8 for the first time in London as pubs struggle with spiralling inflation.

The average price of a pint of beer has risen from £2.30 in 2008 to £3.95 this year, according to data from the industry tracker CGA, with pub companies threatening further price rises as the cost of barley to make beer spirals due to pressures resulting from the war in Ukraine.

If it had risen solely in line with average consumer prices from January 2008 to April 2022, the cost of a pint would have been £3.35.

CGA regularly surveys pricing from random 5,500-plus samples of the UK’s 90,000 bars and pubs. It said that the most expensive pint had breached the £8 threshold for the first time in its research, as the maximum price in its range hit £8.06 in London this year.

The cheapest pint in the UK is in Lancashire at £1.79, CGA said.

Clive Watson, chair of City Pub Group, which operates 41 pubs in London and the south, said that ingredient costs were up 10 per cent, “wage inflation is probably 7 per cent and electricity inflation is 100 per cent, so that blended cost price probably puts the price of a pint of beer up 12 to 13 per cent”.

CPG lifted prices between 5 and 6 per cent in December, Watson said, but would take increasing costs “on the chin”. “We are holding [prices] this year, we just want people to go back to the pub,” he added.

Pub executives have been reluctant to raise prices as they try to entice customers back following the long periods of closure during the pandemic. But sharp increases in the cost of grain as a result of the conflict in Ukraine — a major supplier of the world’s wheat — and hikes in energy and labour costs have forced many to charge more for food and drink.

The rising cost of barley — one of the main ingredients of beer — was a “big negative” for brewers, analysts at Bernstein noted on Wednesday, estimating that “a realistic worst case would see malting barley inflation of approximately 70 per cent” this year.

Fernando Tennenbaum, chief financial officer at the world’s largest brewer Anheuser-Busch InBev, which makes Budweiser and Corona, said that with inflation at “levels different than ever before”, there was “some catching up to do [on consumer prices] but so far beer [prices] have been lagging inflation and there is very strong demand”.

Greene King, which operates roughly 2,700 pubs, has increased prices on average by 5p a pint, while Marston’s chief executive Andrew Andrea said it had put up prices roughly 8 per cent in March.

“We are trying not to [charge more] because we are fighting for covers and guests. That sounds pious but we are worried about the cost pressures on people,” said Mark Derry, executive chair of Brasserie Bar Co, which operates 18 gastropubs.

UK pub groups are hopeful that the long bank holiday weekend to celebrate the Queen’s jubilee will prove a helpful boost to sales, although Derry said the number of street parties could mean more alcohol is sold in supermarkets than pubs.

The British Beer and Pub Association estimated that more than 90mn pints will be sold in pubs between Thursday and Sunday totalling £150mn in additional sales for the industry.